The Trojans semifinal started as a win-or-go-home game. It ended as a win *and* go home game. 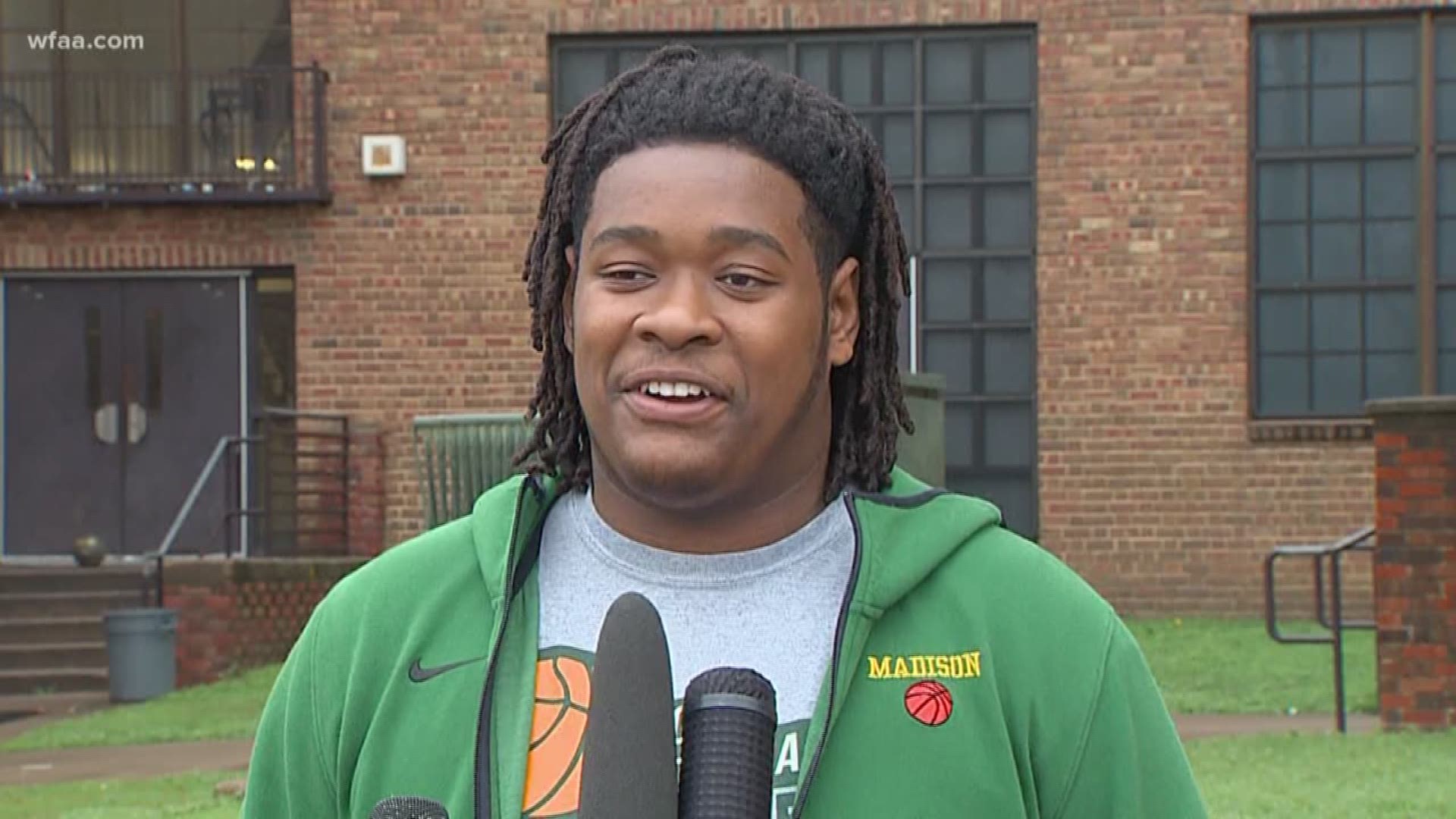 DALLAS — Dallas Madison is one win from repeating as Class 3A state champions.

It's unclear if, and when, that game will be played.

"This is what we worked for all year," admitted junior forward Jerome Rogers Jr. "I'm a little disappointed we didn't get to finish the mission."

The UIL postponed the boys basketball state tournament during Madison's state semifinal game at the Alamodome in San Antonio on Thursday.

"The health and safety of the public was more important than a basketball game," said head coach Damien Mobley, when the team returned to Dallas on Friday.

The entire sports world is at a standstill due to concerns of the global pandemic COVID-19.

The Trojans learned of their fate at halftime, as the UIL announcement displayed on the monitors in the locker room.

They played the second half and defeated Coldspring, 90-73.

"When we left, the UIL still suggested that we still should be practicing," said Mobley. "I told the guys, 'Don't eat too much, get outside and do a little exercise. Run around the block just to stay in shape.'"

"If we don't have anything, than video games it is right now," joked senior forward Warren Dunn, who may have played his last high school game on Thursday.

"I don't plan on getting out much right now," said Rogers Jr.

"I really want them to stay in the house, if it was left up to me," said Jerome Rogers, Jerome Jr.'s father.

If, and when, the UIL resumes the state tournament, Madison will get its shot to repeat as state champs.