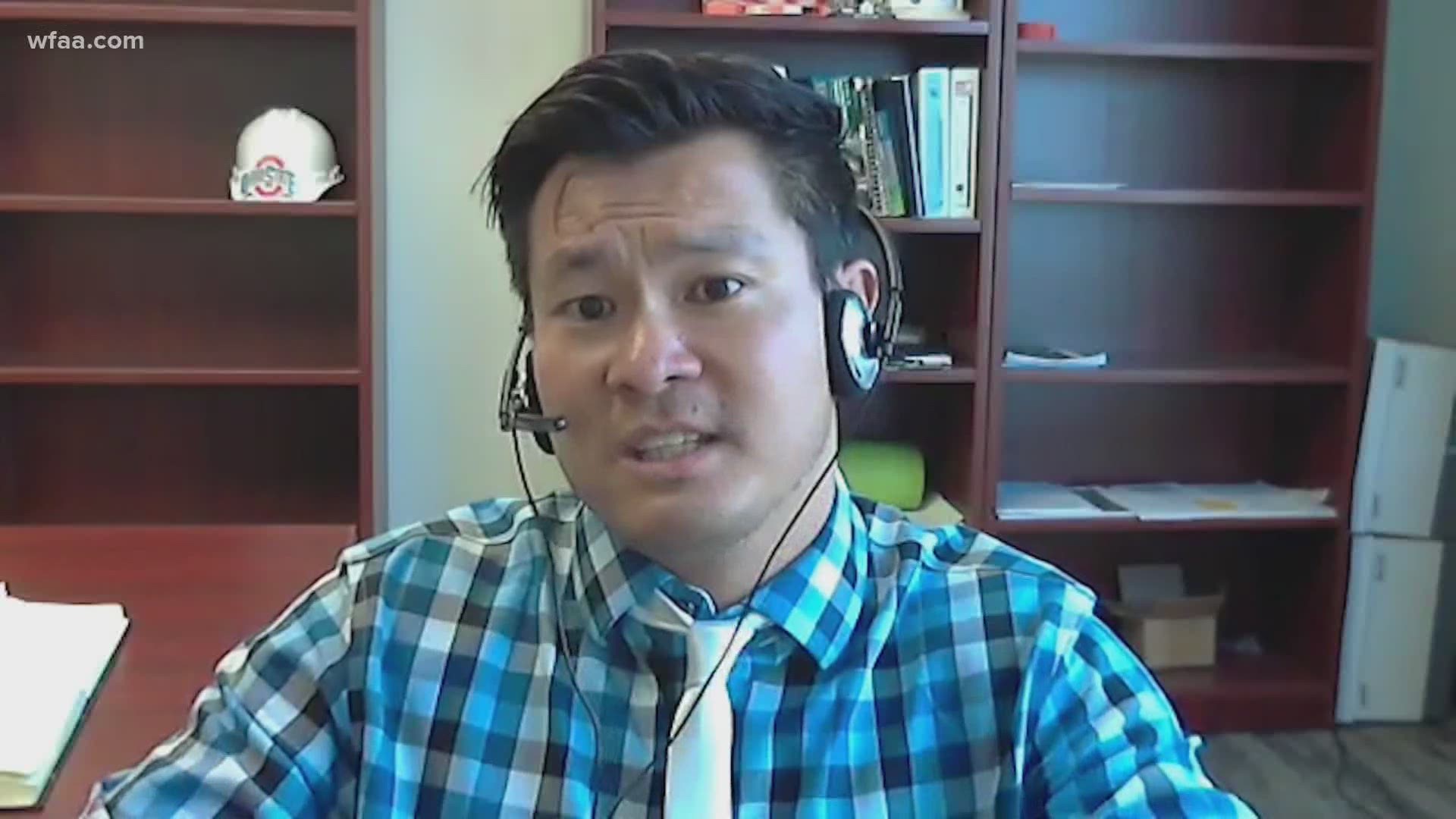 DALLAS, Texas — Tuesday turned out to be a turbulent one for sports fans across the country, as the Big Ten and Pac-12 conferences postponed fall sports until 2021.

Those sports include soccer, volleyball, basketball and football most importantly.

The SEC, ACC, and Big 12 conferences are still planning to move ahead as planned with sports programs for the fall

Big 12 presidents met Tuesday evening and for a brief moment, many sports pundits wondered if the conference would follow the lead of the Big Ten and Pac-12.

Rumors began to swirl on social media that if the Big 12 chose to postpone sports, the pressure to do the same would grow around the SEC and ACC.

Either way, with two of the Power 5 conferences bowing out this fall, the next four months will be very interesting in the sports world.

Liang serves as the president of the Dallas Ohio State Alumni Club.

"Not being able to watch Ohio State football on a Saturday, what does that mean to you in just one word?" Reporter Matt Howerton asked.

"Emptiness," Liang replied. "Unfortunately, we were prepping the whole year for the upcoming season."

And that's not an exaggeration.

Alumni clubs, especially ones belonging to popular schools, make big plans when it comes to sports.

Watch parties and events surrounding football are a key part of fundraising.

And Liang's club has done a lot for local students wanting to go to Ohio State by raising an estimated $80K in scholarship money.

Every year, the club picks at least two incoming freshmen from the area and pays for their entire college.

"A lot of people are very generous, especially knowing that we're sending local kids to the college for a full ride," Liang said.

But with no sports, those watch parties will not happen for a while.

"We're just going to have to get creative with fundraising," Liang said.

The Big 12 has not released an official statement regarding its plans.

For now, it appears there will two seasons of college football. Something sports fan, may not hate.