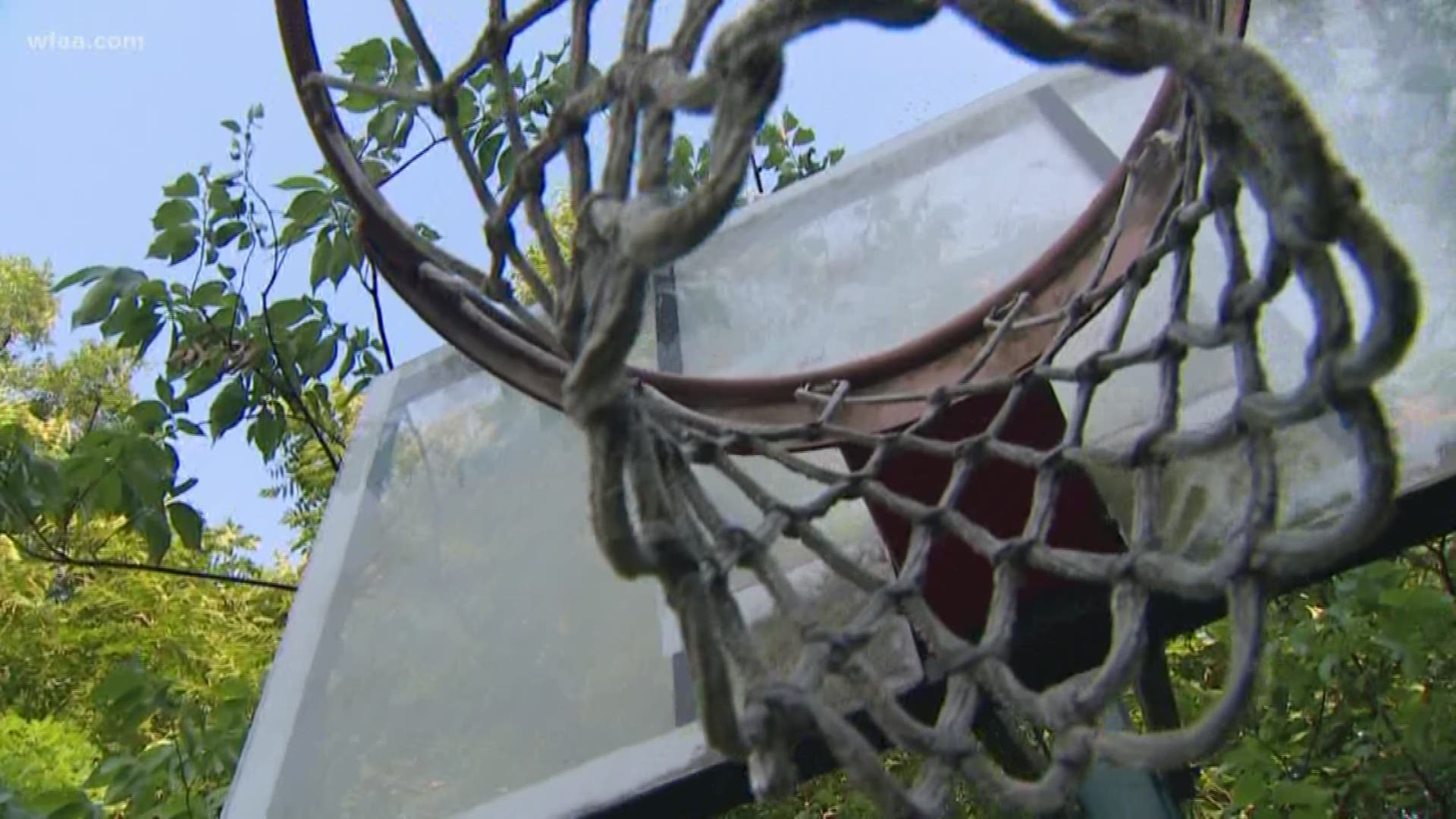 In south Dallas, the Rogers family is all basketball, all the time.

"It's in the bloodline," says Ellis Rogers, the "grandpa."

Ellis was a standout player as a kid -- a legend on the blacktops.

Ellis says he was once offered a tryout with the Dallas Mavericks, but he passed it up because he had a good job at the time.

"I thought I was doing what was best for my family," Ellis says, with a twinge of regret.

Despite his talent, Ellis never played in high school.

He was good enough, but his grades were not, and he was not allowed to play.

"I made sure all of [my children] knew that story, so they wouldn't go down that road," emphasizes Ellis.

Academics and athletics - a lesson learned by his three sons: Ellis Jr., Jason and Jerome.

"I was always an A, B student," says Jerome.

All three sons went to Madison High School and all three played hoops.

In 1997, Ellis Jr. and Jerome won a state championship.

In high school, Jerome met Brandy Sabbath. She played ball, but she excelled in track & field.

"When you're a good athlete around here, people tend to know who you are," admits Brandy.

Jerome went on to play basketball at North Texas.

Brandy went to Bethune-Cookman University on a scholarship for track, until she ran into something she did not expect.

Brandy quit track and transferred to UNT to be with Jerome, so they could raise their daughter together.

18 years later, Endyia Rogers is one of the top basketball prospects in the country.

"She got MVP trophies playing with all boys," Ellis says, remembering his granddaughter's talent from a young age.

A 5-star prospect out of Bishop Lynch High School, Endyia is heading west to USC on a scholarship.

"It's more than just basketball at USC," she says. "I can get a great education."

"I'm more proud of what they accomplish in the classroom than on the court," Ellis maintains. "That's what we live for -- to see our kids have a better life than we had."

A couple years after Endyia was born, Brandy and Jerome welcomed their second child.

Jerome Jr. is a sophomore at Madison and a rising basketball star

"This is a thing we worked for all our lives," he stresses.

"I always told them, you can be anything you want to be in life. But, you got to put the work in," says Jerome Sr., who had a brief career overseas after college.

The hard work paid off.

Following in the footsteps of his father, Jerome Jr. led Madison to a state championship and won tournament MVP.

A week before, Endyia led Bishop Lynch to a state championship, won tournament MVP and scored 40 points in the title game.

A performance and season she dedicated to her late grandmother who passed away in March 2018 from stomach cancer.

"Endyia was our first granddaughter cause we had three boys," Ellis reflects. "My wife and her latched on to each other. Endyia was her heart."

The future is bright for the children of Brandy and Jerome.

"I'm glad and I'm proud to say I'm from this area," says Brandy. "I'm glad to say my kids were raised over here."

The Rogers family never forgets where it came from.