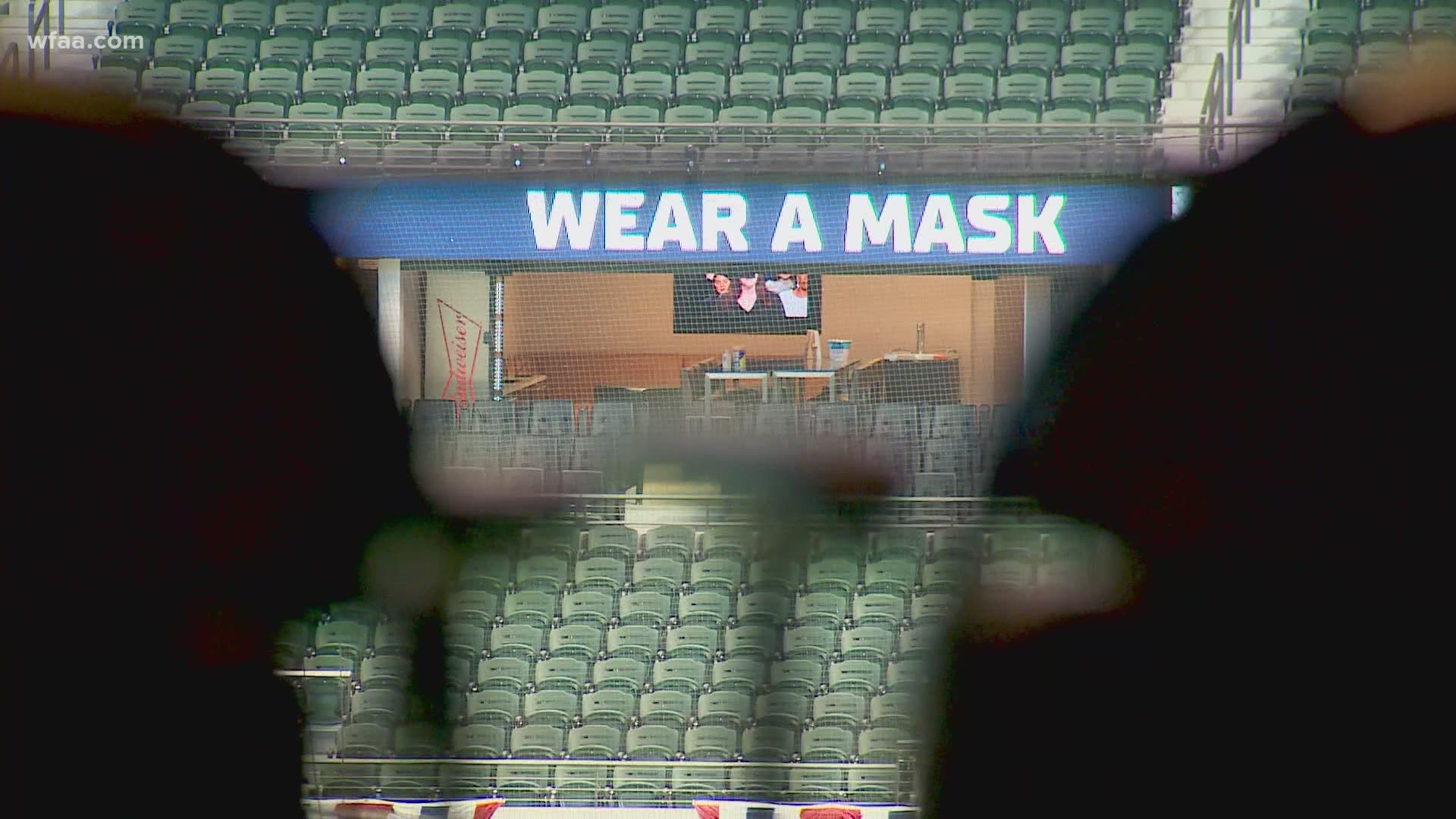 ARLINGTON, Texas — Across the country, no baseball fan had heard the familiar sound of bat on ball until Monday night.

10,700 people poured through the front doors, about 25% capacity for the new ballpark.

Jonathan Diaz and his family drove from near Amarillo to be the first ones inside.

“The second I seen it on Facebook I had them ordered in five minutes,” said Diaz, a lifelong Braves fan. “Baseball is baseball, but the fan experience, I think that’s something huge.”

The experience included crews sanitizing rails and required masks. Throughout the stadium, seats were zip-tied closed so anyone attending had to sit in pre-purchased seats that were able to flip down.

“I’m still nervous but that’s the first thing I noticed was the zip ties,” said Stephanie Zaragoza, a Dodgers fan.

She flew in from El Paso to experience the first beers and cheers of the season.

“Just the atmosphere being around people and hearing them cheer,” Zaragoza said. “Just to be out here and see a live game. It’s good.”

It wasn’t just Braves and Dodgers fans that quickly bought up tickets to the National League Championship Series.

Randy Hardy, a local Rangers fan, said he had to be here for the experience.

“I’m glad they’re allowing us to watch the game,” he said.

Like most, he’s disappointed the Rangers again missed out on playing October baseball and instead were only hosts.

“I wanted to be at the first game, and I love baseball,” Hardy said. “As much as possible I wish the Rangers were here.”

The sights, smells and familiar sounds were all back Monday, and to those that broke in the previously unused, that’s all that mattered.