No, we're not making that up. 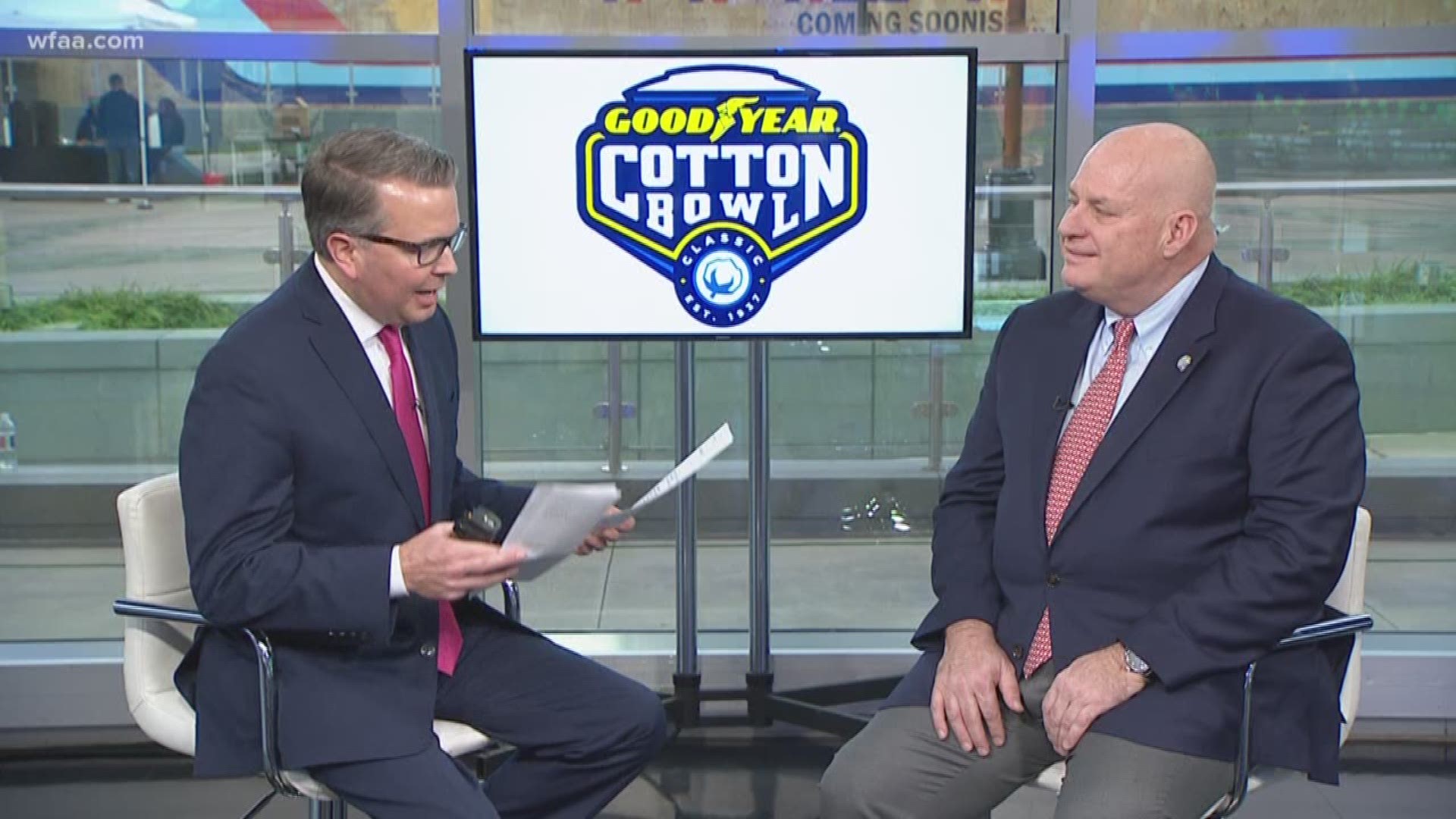 ARLINGTON — No, we didn't make that headline up.

A bald eagle, part of the pregame National Anthem at the Cotton Bowl Classic on Saturday, decided to take a flight through the cavernous confines of AT&T Stadium, at one point landing on the shoulder of a Notre Dame fan.

The eagle landed all right. On a Notre Dame fan. pic.twitter.com/6koNTfitvm

Maybe it was a sign from the Football Gods in favor of Notre Dame, which was facing Clemson in the College Football Playoff semifinal. (As of this writing, that was still yet to be seen.)

‘Clark’ the bald eagle inside AT&T stadium has now landed on two different fans and not on his designated landing area during the anthem. So far ‘Clark’ is the Cotton Bowl MVP front runner. #ClarkForever

The eagle, who apparently goes by the name of Clark, was returned to its handler by kickoff. But its legend was just growing.

Who should I put my talons on next?