Back from the World Cup, the U.S. Men's Amputee Soccer Team trains in Frisco 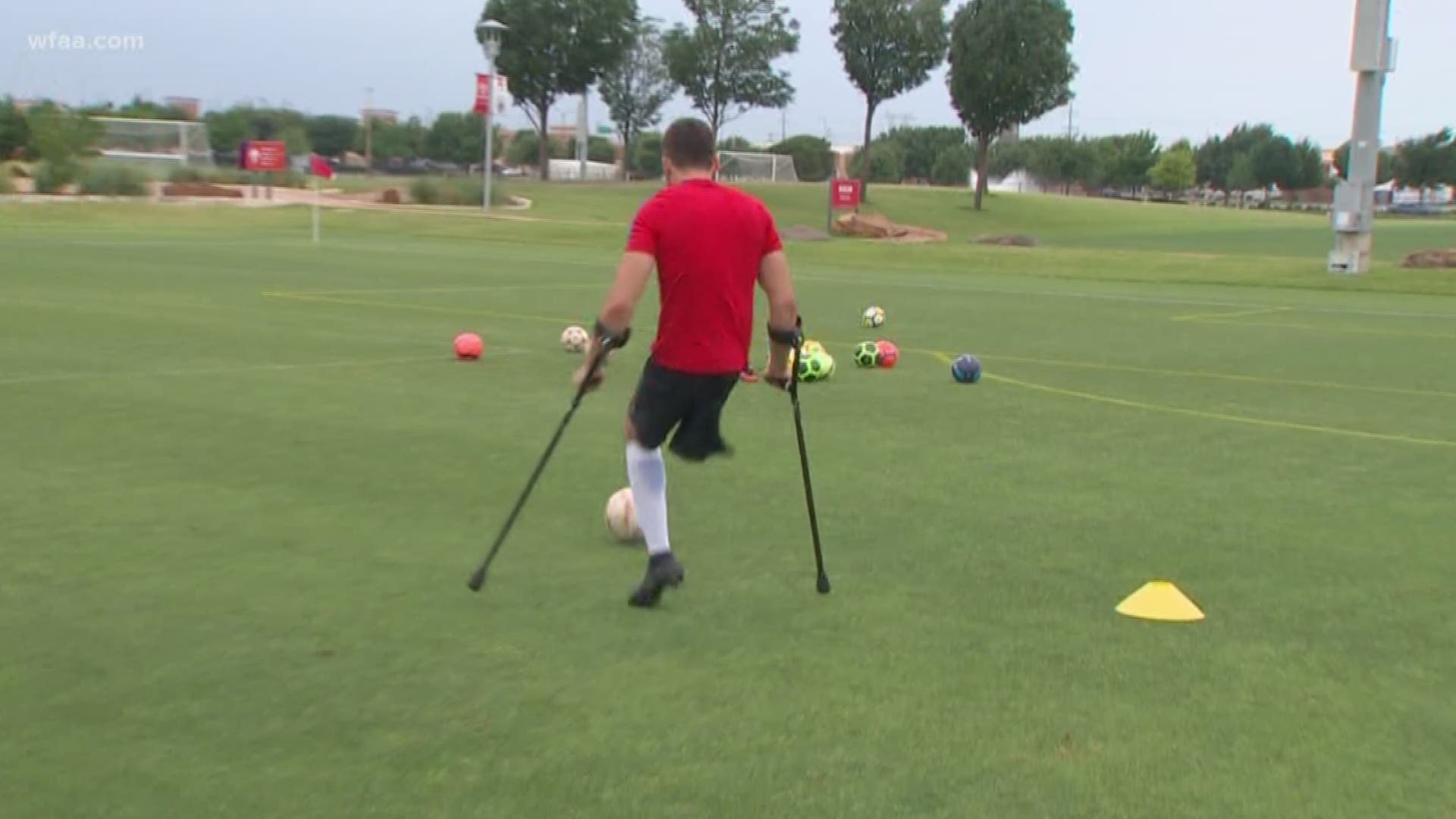 FRISCO, Texas — It's a Friday morning in Frisco and FC Dallas is on a practice field next to Toyota Stadium.

Twenty yards away, a smaller soccer team trains in red, white and blue.

More than a dozen players representing their country — with forearm crutches.

The U.S. Men's National Amputee Soccer Team is in town this weekend to train, thanks to the "generosity of FC Dallas."

"Southern hospitality at its finest," smiles Waxahachie resident Craig Till, an amputee and native of Cedar Hill.

Till's journey to this point was not void of hardship.

"Definitely had some different times of adversity. That's when I ballooned. Before you know it, you're 240 pounds, and not happy, and wondering what's going to be next."

To appreciate how far these men have come, you have to understand where they've been.

"A week from yesterday will be exactly 10 years," recalls amputee and U.S. Army Sgt. Robert Ferguson.

"We were in Fort Hood. One of my soldiers left the parking brake off our vehicle and it started rolling backwards."

Ferguson tried to jump in and stop the vehicle but was unsuccessful.

"I went between the drive sprocket and the track of a 20-ton rocket launcher."

The silence lingers as Ferguson inches closer to the 10-year anniversary of a day that changed his life forever.

"I fell into that disabled-veteran pit of self-pity and just darkness," remembers Ferguson. "This helped bring me out."

This is amputee soccer.

The players run on one leg with crutches, while the goalies save shots with one arm.

Included in the inspiring group of men is the captain Nico Calabria.

"I was born with one leg, in a family of soccer players who all had two legs," says Calabria. "I ended up playing able-body soccer my whole life."

In high school, Calabria was on the varsity team as a senior and scored a breathtaking goal against Newton South (Mass.)

When Calabria was 13, he became the youngest person to summit Mt. Kilimanjaro on crutches.

His climb gained national attention from the likes of NPR and "Ellen."

"That was an awesome experience. We raised money for the Free Wheelchair Mission, which is a really cool organization," says Calabria.

"It's not about what you have, it's about who you are," Calabria says.

Till shares a positive perspective, too.

"I can only say only good things about this sport because I know what it did for me. It pretty much saved my life."