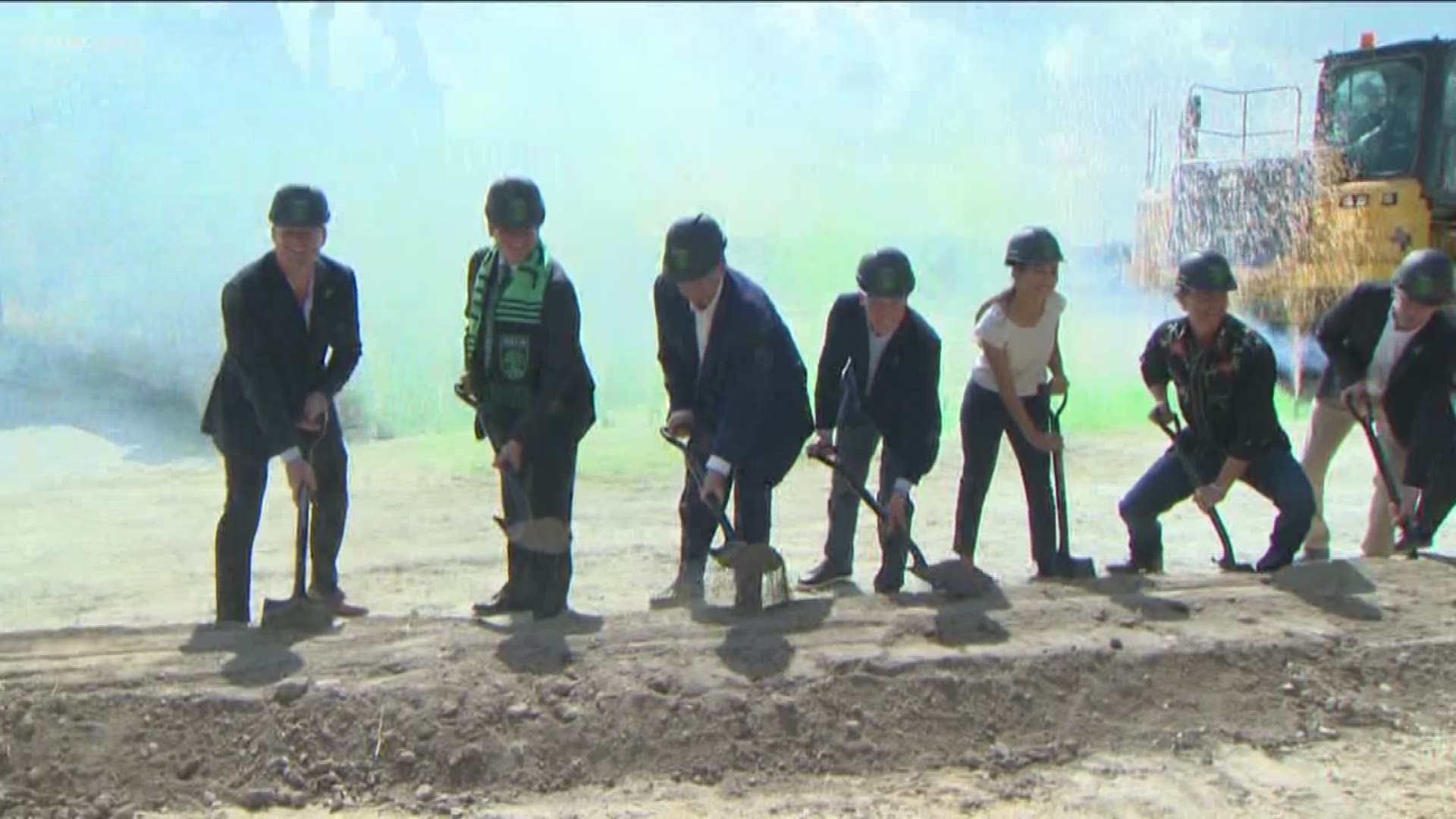 The Austin FC soccer stadium will sit on 24 acres of city-owned land and have 20,000 seats. There are only about 1,000 parking spots, however.

There have been concerns about traffic in the past, but Anthony Precourt, the CEO of Austin FC and Two Oak Ventures, said the games shouldn't take place during rush hour.

Precourt said during this groundbreaking ceremony they're "building this for the City of Austin, for the fans and for the youth soccer players in the community."

Precourt also expressed that the stadium will be used as a soccer park on non-game days. The 24-acre site will also host concerts, farmers markets, art shows and other events.

Mayor Steve Adler, along with Anthony Precourt, the CEO of Austin FC and Two Oak Ventures, MLS President and Deputy Commissioner Mark Abbott, and Matthew McConaughey, who is now a part-owner, were also in attendance.

"This is going to be home for this community," McConaughey said. "While Austin is a growing metropolis, we are inviting an international sport that's played around the globe."

He went on to challenge the community to keep "our village values" and to uphold what keep's Austin "Austin" with these new changes.

Fans who showed up to the ceremony said they finally have a place for their club to call home.

Other fans said the stadium will continue the club's theme of being inclusive.

“It goes to show you know how much they’re involved with our community and how much they take into consideration the fan base and how important it is to them," said Gabriela Navarro, a fan of Austin FC who is also part of Austin Anthem. “Being able to get that invite from Austin FC you know seeing that in your email come through in your inbox – like, oh my god, here we go, let's do this."

KVUE spoke to businesses on the other side of Burnet Road. They said despite some temporary discomfort, they're looking forward to the change.

“I’m sure [construction's] going to hamper things a little bit, but I’m hoping it’s not going to be anything too tremendous," said Rick Sparks, owner of Austin Kitchen and Bath. "Part of living with Austin is dealing with the construction and I try to look at the positive side of it and what the benefits are going to be and I think are going to far out way the bad sides of it."

"More people, whether that’s local people coming in to see the game, it’s always a good thing for us and will be a positive thing and that’s how we’re going to look at this," said Jim Wallwork, owner of Dry Society Styling Lounge.

Petty or brilliant? Texas puts LSU band in the nosebleed seats for Longhorns vs. Tigers game