Displaced by Hurricane Katrina, Jahari Rogers and his mother moved to Texas. More than a decade later, Rogers is an All-American cornerback. 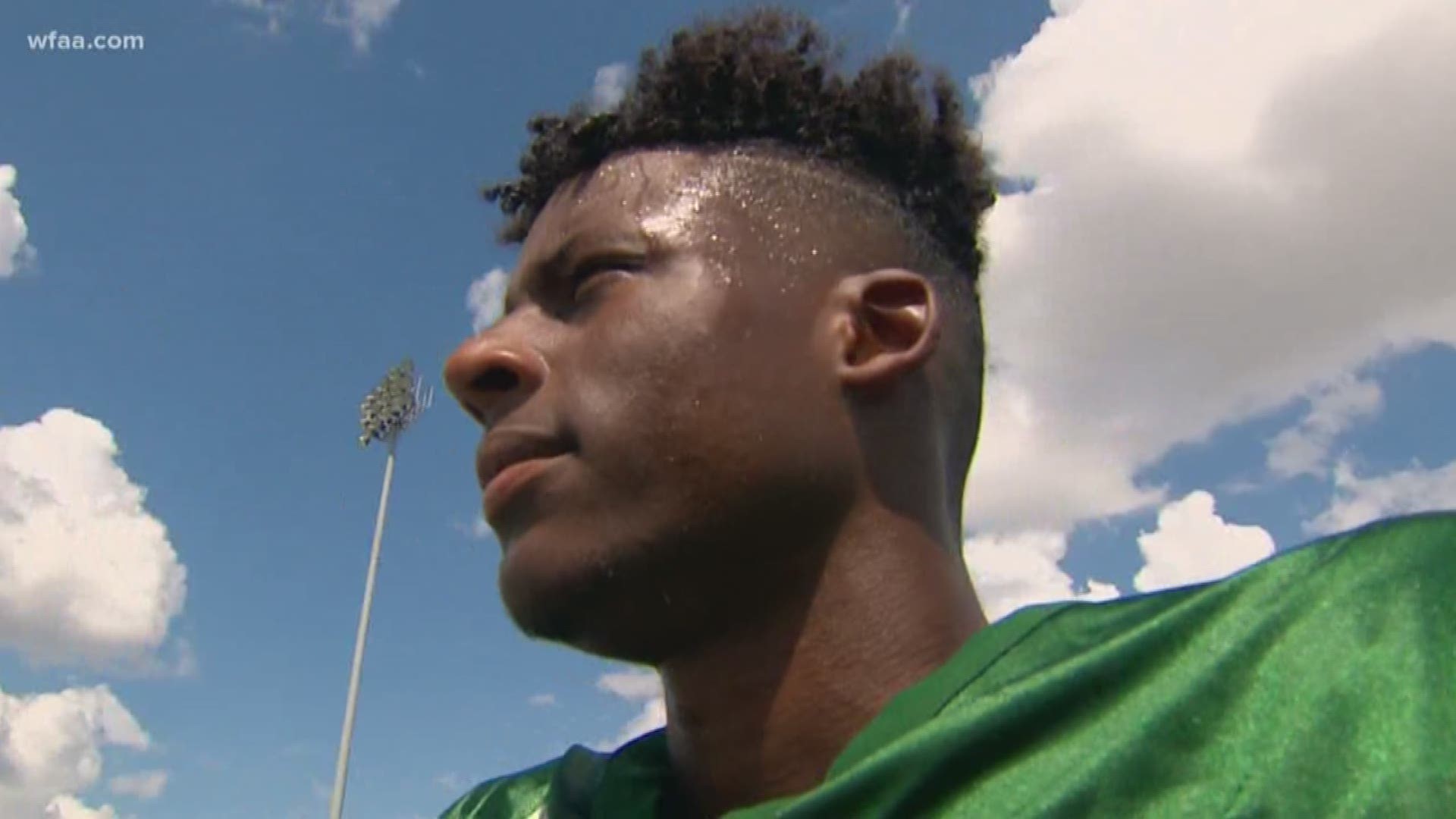 ARLINGTON, Texas — Jahari Rogers has worn many hats for Arlington football over the years.

"I was the backup kicker in peewee football," Rogers laughs.

As a freshman at Arlington High School, Rogers was a quarterback. As a sophomore, he moved to starting receiver. As a junior, he moved back to quarterback. This time as the starter.

Now a senior, Rogers switched positions again -- this time across the line of scrimmage to cornerback.

"Jahari knows he's going to play corner at the next level," says Arlington head coach Scott Peach. "He knows there may be a shot for him to play on Sunday's in the NFL as a defensive back."

Despite his accolades as a QB, Rogers has been recruited as a defensive back.

At 6-feet 170 lbs., he's a 4-star prospect for the Class of 2020. He's not just one of the top recruits in Dallas-Fort Worth. He's the eighth-ranked cornerback in the nation.

Knowing Rogers' future is at cornerback, Peach made the decision to move his best quarterback to defense.

Rogers is not a native Texan. He's from New Orleans. He and his family were displaced by Hurricane Katrina when Rogers was a toddler.

"All my baby clothes were destroyed," Rogers recalls. "It was hard."

Eventually, he and his mother moved to Texas. All they had when they arrived were each other, the clothes on their backs and a small suitcase.

"My mom had an itty bitty suitcase, but I didn't have anything," Rogers admits. "I was living with her, so she did a lot for me. And I'm doing this for her."

Jahari Rogers has worn many hats for Arlington High School. This year, he added a crown -- Arlington's 2019 Homecoming King.