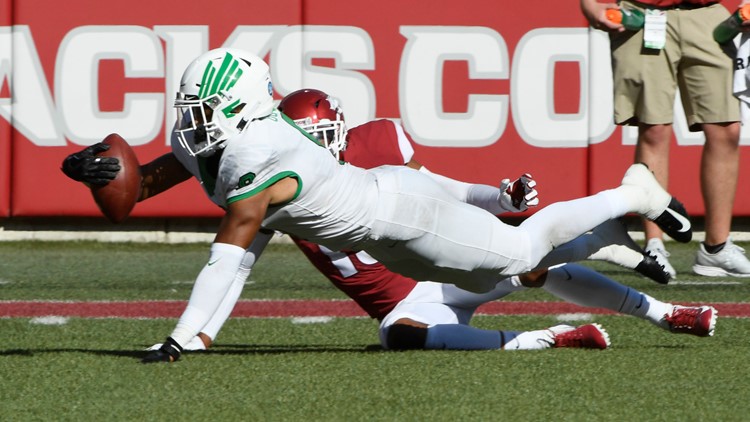 Allen's Jalen Guyton gets a chance with Dallas Cowboys

"I do know we've had some success with college free agents," said head coach Jason Garrett.

Jalen Guyton is one of the undrafted players.

At the Cowboys facility in Frisco, Guyton feels right at home — because he is.

He grew up 20 minutes east in Allen, Texas, where he caught passes from another NFL rookie.

Murray and Guyton proved to be a prolific tandem, as they won 43 straight games at Allen and three consecutive state titles.

"Being from Allen, success is demanded," admits Guyton. "Winning is expected."

After a year at Notre Dame and a year in junior college, Guyton ended up in Denton at the University of North Texas where he started for the Mean Green.

"I have baby pictures at Dallas Cowboys games," smiles Guyton. "Before I could speak, I had their shirts on."

The hometown kid is giddy about his opportunity with the Cowboys.

"To have this dream come to fruition, it's unbelievable. I can't even believe my life is a reality right now."

Guyton and the Cowboys continue offseason workouts with team practices next week in Frisco.