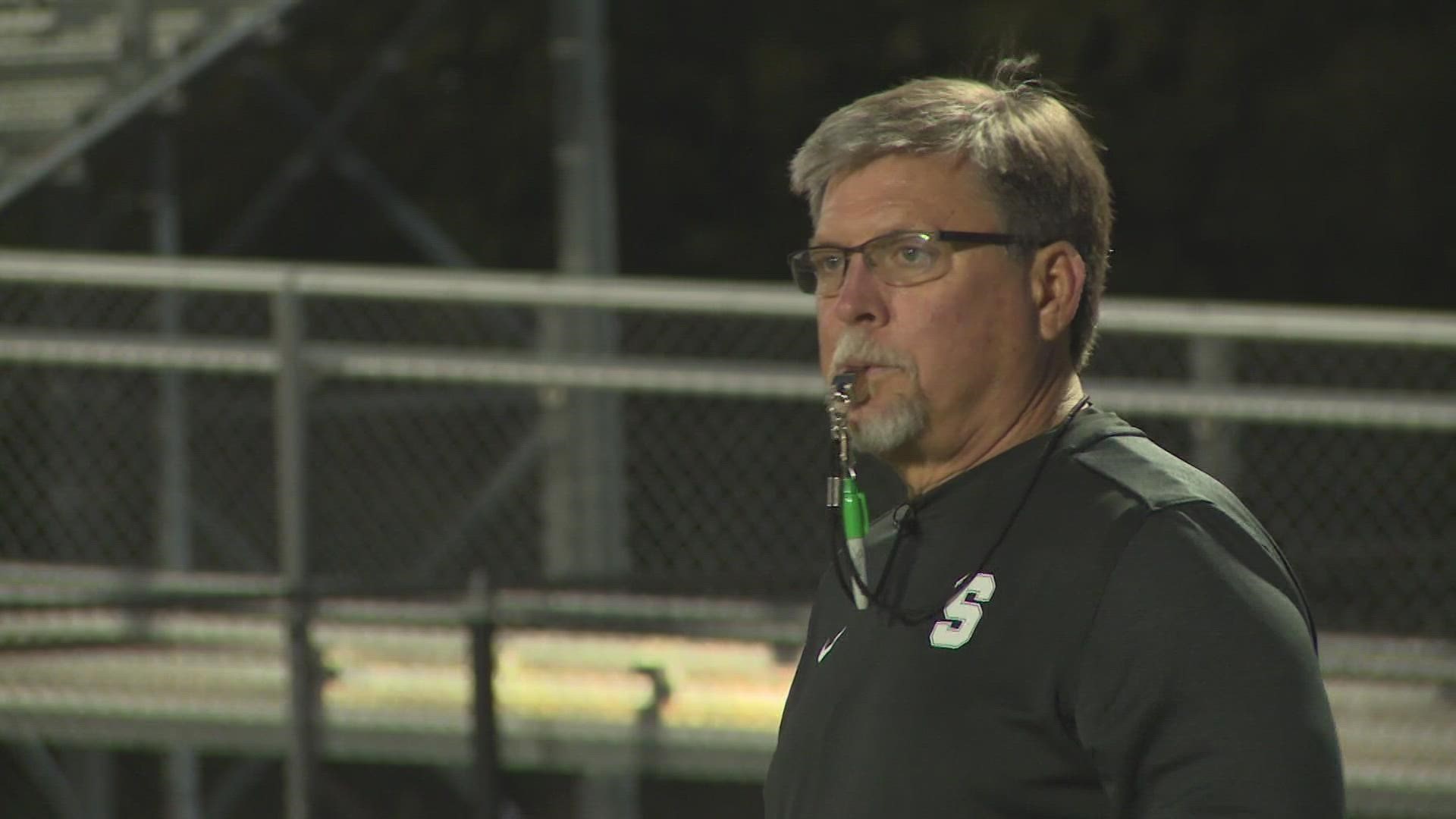 FORT WORTH, Texas — Earlier this year, a rumor was spreading amongst the All Saints Episcopal High School football team in Fort Worth.

Word on the street was that head coach Aaron Beck had taken a new job.

“I was just [caught] completely off guard,” said freshman Sawyer Schneider. “I didn’t expect anything like that to happen this year.”

“We heard about it, but I had to go see for myself if it was true or not,” sophomore lineman Cole Edrich said. “And it was.”

Players were clearly stunned, but no one was more shocked about the job offer than Coach Beck.

“I was not just shocked, I was terrified,” Beck said. “What am I gonna do with this?”

Never in a million years did coach beck expect to be - an actor.

He was cast as a referee in “12 Mighty Orphans,” starring Luke Wilson and Martin Sheen.

The movie, which highlights Fort Worth’s Masonic School football team from the 1930s, was shot throughout North Texas and released this summer.

Coach Beck, who grew up near the orphanage, got involved with the movie after a school board member purchased the rights to the book of the same name.

Beck and his team were recruited to teach the actors how to play football, until a producer called with an offer.

“He said, ‘coach, we’d like for you to come out and be in the movie,’” Beck recalled.

They shaved his facial hair, dressed him up and threw him on set. Beck, completely oblivious that he had speaking lines, didn’t think his part would make the final cut.

Most of his players who trained with the actors when production began in 2019 were graduated and gone, and Beck never really told his current team about his role in the film. But when his players saw the movie, they weren’t happy. Not with his acting, but his officiating.

“I thought he was good, but he made a bad call,” senior Judd Johnson said.

“He made a bad call,” sophomore Lucas Turley agreed.

“Yeah, it was pretty questionable, but he’ll be the only ref that I ever like,” Edrich joked.

“I’m sticking with the call,” he said. “The call was the right call.”

What do his players think of his acting?

“I don’t know if that’ll happen, though. I think he likes the team too much," senior Creed Williams said.

“I don’t think he’ll leave us for Hollywood,” Schneider said.

“Hollywood is not in the future,” Beck said. “We’re gonna stick with our day job.”