The University Interscholastic League threatened schools with banning fans or canceling games for not following coronavirus guidelines earlier this week. 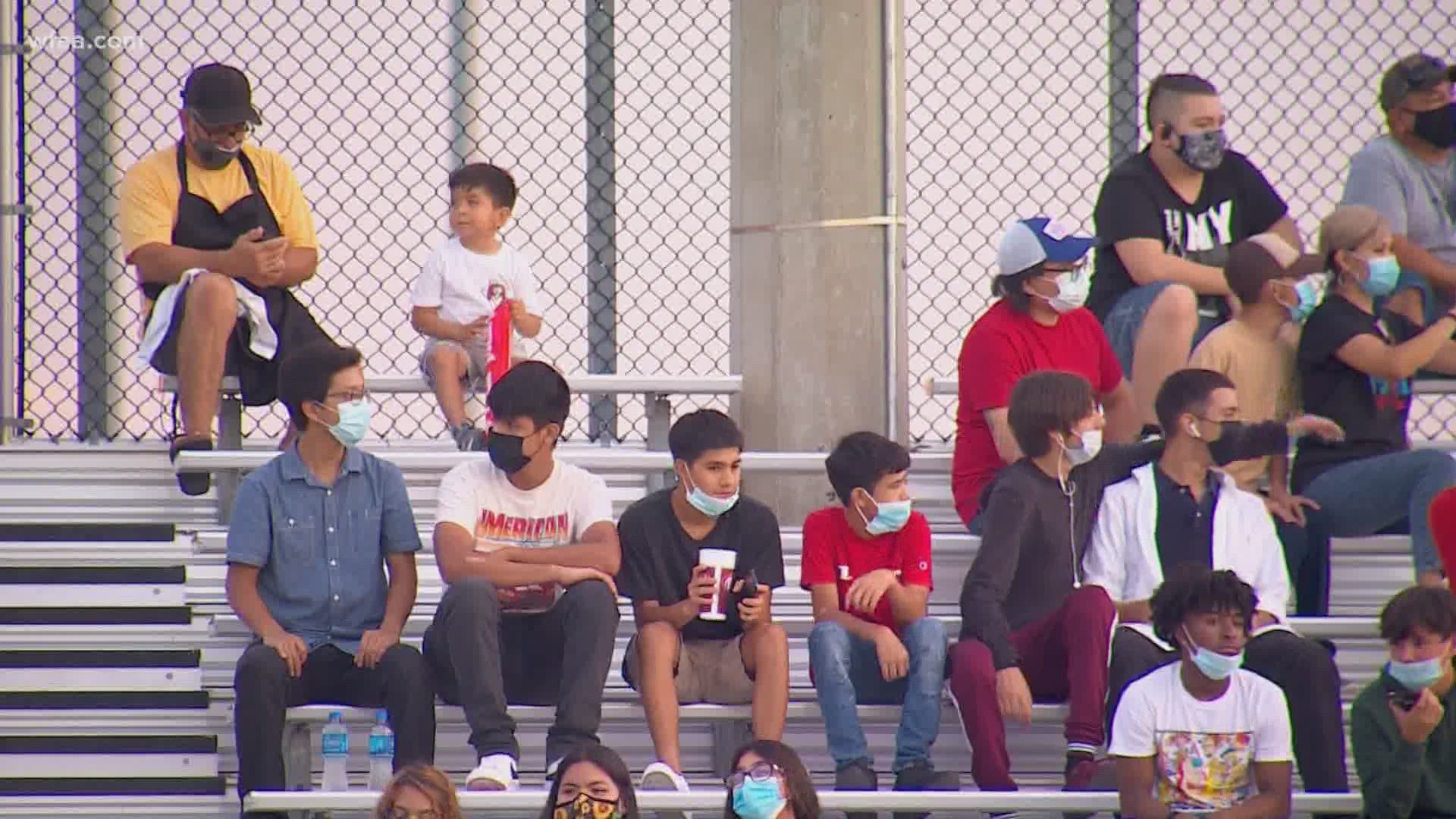 FORT WORTH, Texas — A stern warning from the University Interscholastic League surrounding high school football fans better adhering to COVID-19 regulations earlier this week was mostly met with compliance Friday night in Fort Worth by at least two school districts.

Castleberry hosted Pilot Point in a non-district game that truly showed one thing: everything under the Friday Night Lights looks and sounds different in the era of COVID-19.

A counter kept stadium capacity to 50% at the door, temperature checks were performed on every fan, masks were required to enter, and fans were asked to space out as well as stay in groups of four as they were seated.

A reminder about social distancing and wearing masks during the game was played over loudspeakers at the stadium and to top it off, a police officer with a bullhorn walked by fans and called people out who weren't properly spaced.

The guidelines are rigid, but it's what the UIL is requiring for high school sporting events.

Castleberry ISD Athletic Director Lenny Lasher told WFAA that it's not an easy task, but added its what needs to happen so students have a season.

"We haven't had kids competing since last March," Lasher said. "We're really taking it one week at a time. COVID-19 really presents some challenges."

Lasher was running a tight ship at W.O. Barnes Stadium Friday night, because he knows the UIL isn't messing around.

5A and 6A schools will begin playing later this month, but some 4A schools began their football seasons last week.

Images surfaced online of fans not spacing out and not wearing masks.

The UIL fired back with a letter this week that read in part:

As we continue into fall seasons, it is critical that schools are diligent in these risk-mitigation guidelines.

Schools may allow spectators to attend contests up to a maximum of 50% of the venue's capacity, provided appropriate spacing as prescribed in the guidelines is maintained.

UIL has posted some sample pre-game and public address announcements online that schools may help remind spectators of the guidelines to be followed.

Gov. Abbott's GA-29 states every person in Texas shall wear a face covering over the nose and mouth when inside a commercial entity or other building or space open to the public, or when in an outdoor public space, wherever it is not feasible to maintain six feet of social distancing from another person not in the same household.

However, the face-covering requirement does not apply to the following:

With the possibility of sanctions or losing games on the line, two Pilot Point parents with seniors on the football team and cheer squad said they were prepared to wear a mask for the rest of the season.

"Every game that they're going to have, we're happy for," parent Champ Walker said, who has a daughter on the cheer squad. "Politically speaking, I'm not a sheep. But I would do anything to watch these kids play. If that means minding the rules, that's fine."

Bob Haynes has a son on the offensive line for Pilot Point and echoed a similar sentiment.

After all, these are memories you don't get to make twice. 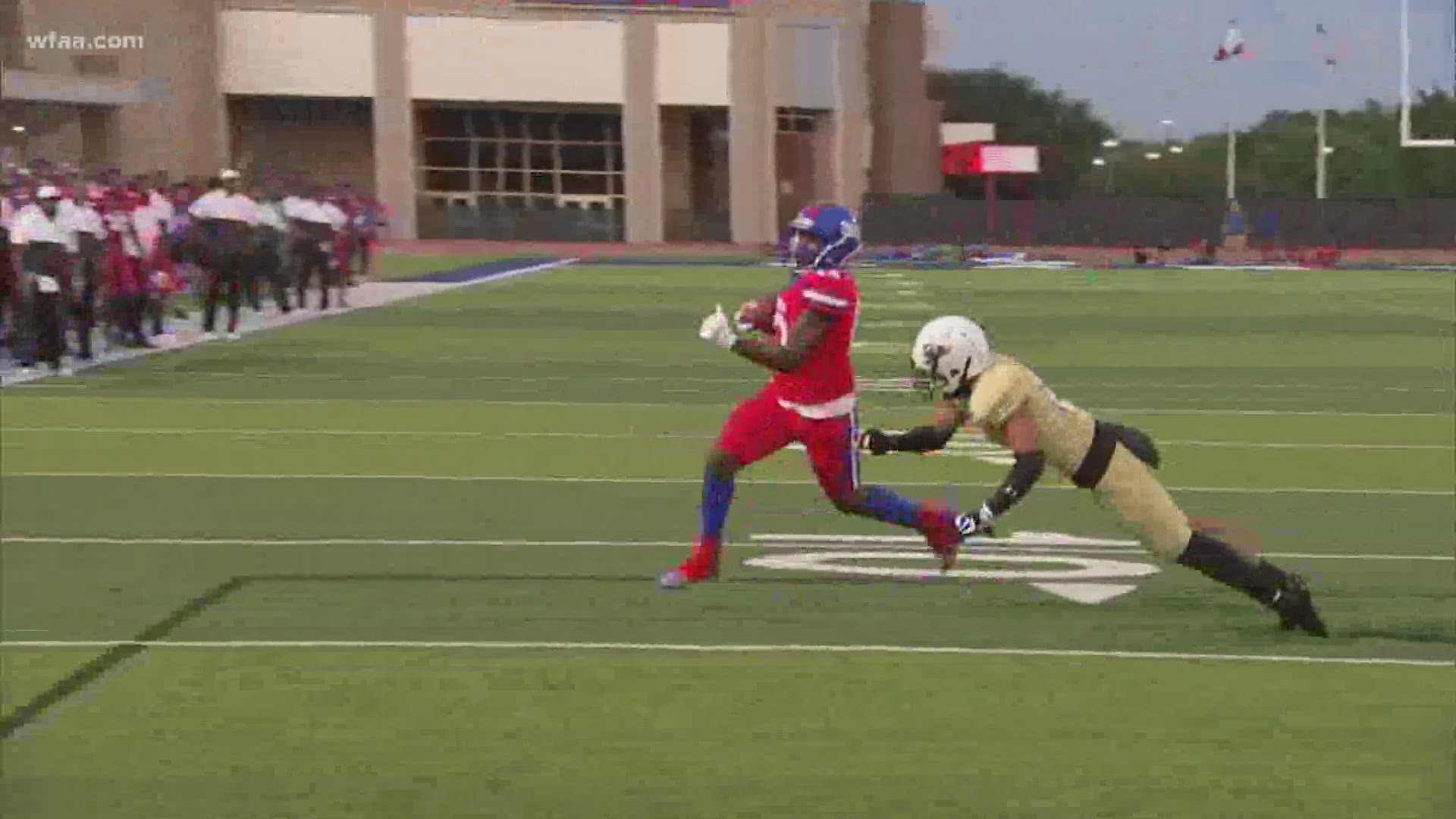