Riad Jammal beat cancer, but his battle left him with severe hearing loss. 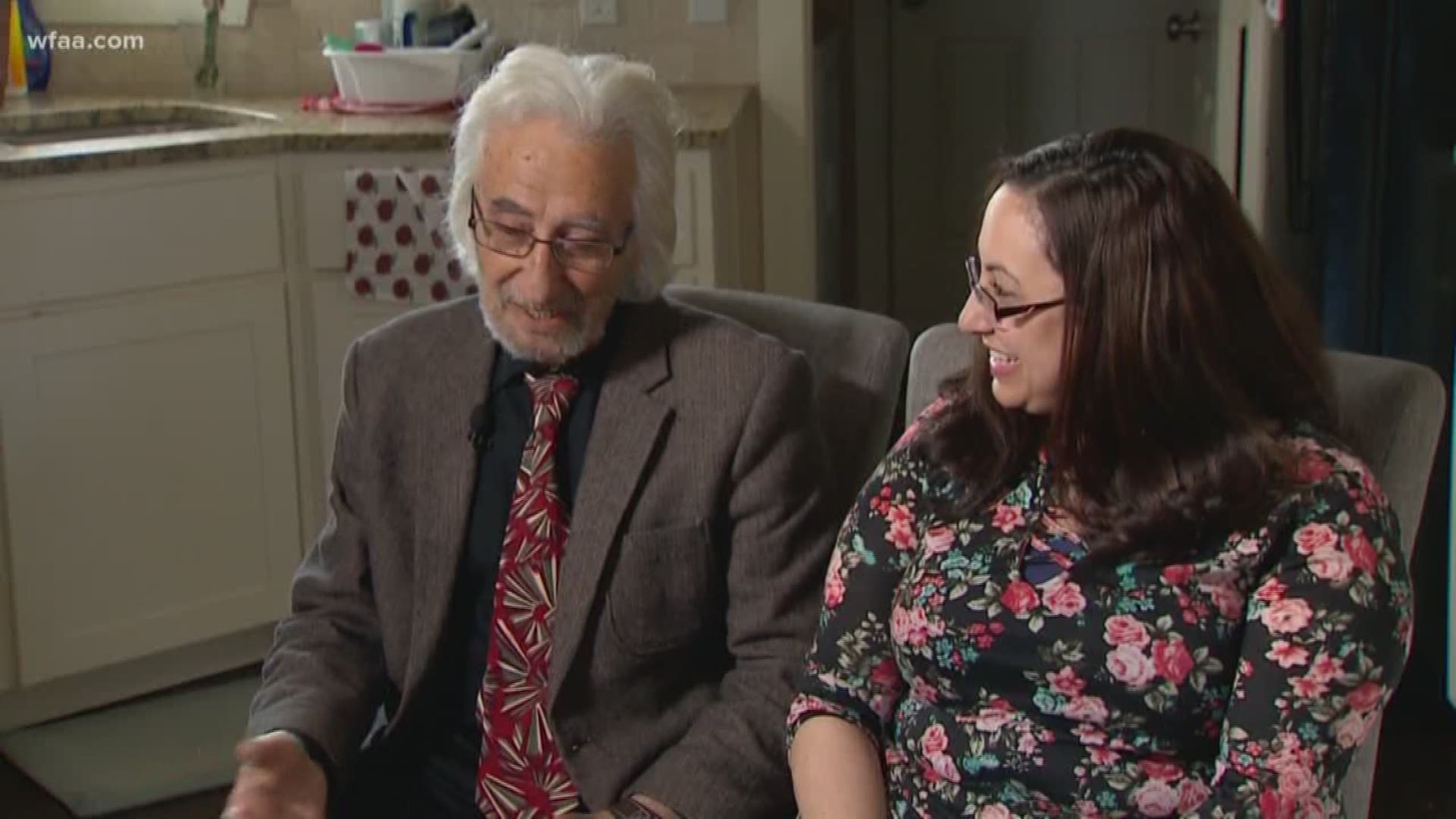 Sitting in the kitchen of her small North Texas home, daughter Nady glows talking about her father, Riad Jammal.

“This man is the greatest man I know,” she said.

Jammal immigrated to Texas from Syria in 1979.

He went to work and raised a family. He and his wife had three daughters.

“Growing up he worked three jobs to provide for us,” Nady said.

“We didn’t have much money even after the three jobs, but he managed to pull us through always having a roof over our head and food on the table.”

Nady and her sisters are now adults with kids of their own.

"It affected his whole body," she said.

Credit: WFAA
Riad Jammal, shortly after he moved to Dallas in 1979.

He scraped together enough money to purchase hearing aids about eight years ago, Nady said. But those hearing aids no longer work. He still wears one, despite the fact that it barely functions.

Nady nominated her father for a Little Wish, writing that all she wants is to see him happy. “Hearing aids will help,” she wrote. But with no money coming in, “he can’t afford to buy any.”

We arranged a surprise for Jammal on what happened to be his 75th birthday.

He came to Nady’s home for what he thought was a family lunch, but a WFAA camera was inside.

We handed him an envelope and he read a letter out loud.

“Dear Riad,” he read. “We’ve all had times when we just can’t catch a break. And in those moments. we need family, friends and neighbors to help us out. Sam Pack Auto Group is a proud member of your North Texas family, and it is our privilege to help our neighbors when they need it. Your friends at Sam Pack heard about your story and will be providing you with new hearing aids.”

He paused and looked at Nady.

“New hearing aids?” he excitedly asked, and his smile broadened.

He received instructions on how to set up an appointment to be fitted for his new hearing aids at a center near Nady’s home.

He had a hard time putting into words what it meant to him.

“This is a very good idea,” he said of the Little Wishes program, “because there are a lot of people that need help.”

The family shared birthday cake and celebrated as Jammal gave thanks to Nady.

“I was blessed with three diamonds,” he said of his three daughters.