Uncut: Time for action for CPS in Texas

How many children and CPS workers must we lose before the legislature decides to take some real action? 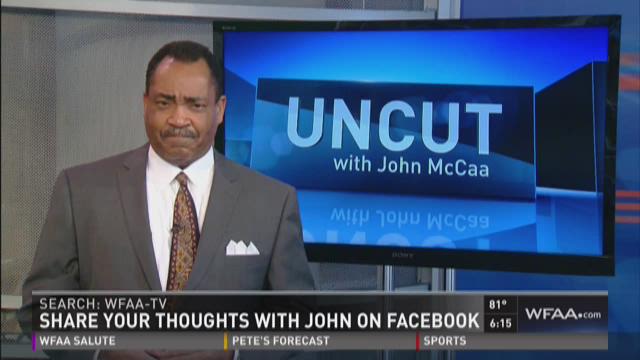 It's a true shame that another week has passed and we still have no set plan in Texas to fix Child Protective Services.

State senators in Austin engaged in plenty of wailing and gnashing of teeth this week, claiming to want to makes some changes. But in the end, that's all they did: talk about it.

We already know the caseload is far higher than it should be for each caseworker, and that their salaries need to be raised.

Outside consultants have provided some suggestions. A new boss is coming soon. Some senators have some ideas. The trouble is that cases of abuse continue to be mishandled -- and, in a few cases, children have died.

Yes, the agency has received more money from the legislature, but clearly not enough.

There are reports that pay isn't the issue for most of the caseworkers who are leaving in droves. It's workload. And training.

Seems to me, for a start, that if you raised the salaries and increased the number of caseworkers, that would attract more applicants. And after they completed their eight months of training, it would reduce the number of cases each worker would have to manage.

But that's just me.

No, it's not a cure-all, but neither is it just sitting around arguing about the problem while more children are abused, or, as is alleged in the case of the killing of a UT Austin student, become violent criminals themselves.

We pay the legislators to lead. On this issue, it's about time they got started doing it.