Perspectives: 2 weeks ago, I realized I could either be a witness to history, report on it or be a part of it

Tashara Parker was asked to testify in front of the State Affairs Committee on behalf of The CROWN Act. She says her decision was an easy and historic one to make. 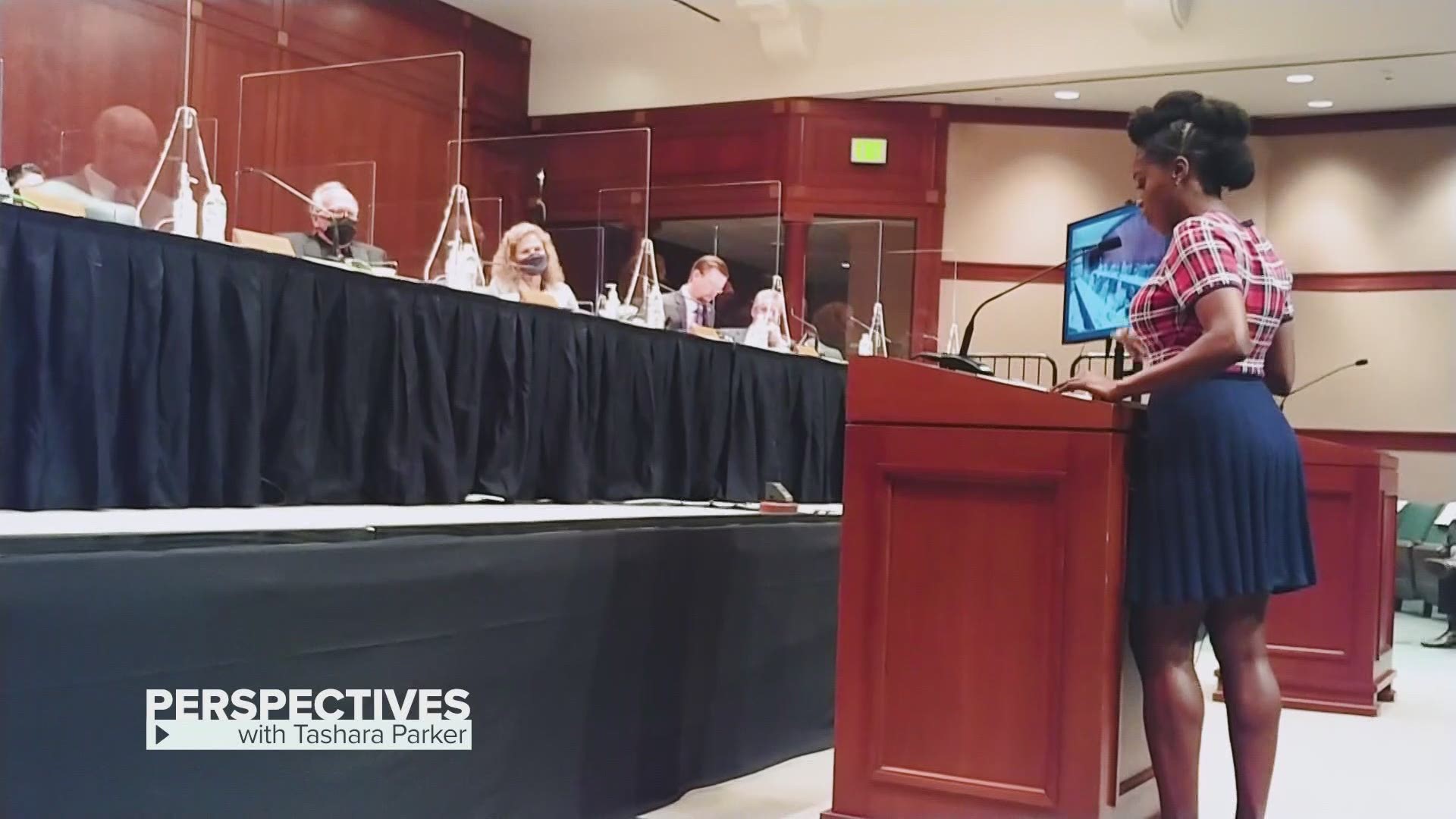 As an adult I know that life is about decisions — large and small, better or worse— and we make those decisions every day.

Decisions that could have a minor impact on your life or decisions big enough for some that could help rewrite the history books.

Let's be honest, some of you won't realize the importance of this decision. You're probably already typing up an email to tell us why we should stop talking about Black hair. We won't.

The conversation surrounding Black hair in America, more specifically in Texas, is why two weeks ago I realized I could either be a witness to history, report on it or be a part of it.

I chose the latter, in part because I thought it was important to be a part of the change that we need to see.

So, I made that historic decision.

When I was asked to testify in front of the State Affairs Committee, on behalf of House Bill 392, also known as The CROWN Act, the decision was an easy one to make.

It was a moment that I knew would disrupt what I've been trained not to do for years. A moment that would shake the very foundation of what it means to be a journalist. And that's becoming part of the story.

But this story, a decision to share my testimony about The CROWN Act, was different.

And I made that decision without any regrets.

On April 29, in Austin, we walked into the State Capitol of Texas. And I say "we" because I was not alone, literally and figuratively speaking. Virtually, I was with all of you, those of who have found value in our WFAA Rooted series.

"With the support of my station, my TV series Rooted shares stories of people who have experienced hair trauma and hair discrimination."

Let's talk about why the decision to testify was history. I spoke in support of civil rights legislation in a building built in 1888, just over two decades after enslaved people in Texas received the news they were free.

A building built at the height of the Jim Crow Era, when somehow many of those in power thought separate but equal was the best option for those of African descent.

So as a young Black woman, to stand tall in a building that has passed all types of legislation — some laws that would keep people who look like me oppressed, others that would attempt to remedy some of those same concerns — it was truly an honor to know that I could be a part of legislation that could potentially have an impact on not only our current generation, but many generations to come.

So, with the support of WFAA — emphasis on support — I had the opportunity to speak not only for myself, certainly not for everyone, but for countless Black men and women who haven't been able to share their own stories about hair discrimination and what's deemed professional in the workplace. I don't take the opportunity lightly.

"HB 392 is about more than hair. Just think about it. If the moment when I asked the world 'Why does my crown offend you?' inspired hundreds, if not thousands, to stand in solidarity, what do you think would happen if Black men, women and children were all able to show up the same way?”

I made the historic decision to speak out because I want you to know when you hear me talk about representation and the role it plays in accepting everyone authentically as who they truly are, I'm not just speaking about it, I'm truly about that life. And the work it takes to tell our stories the right way.

That, my friends, is why I made the decision not to witness history, not to report on it, but to be a part of a historic decision that could have longstanding implications.