The incident happened shortly after 3 a.m. May 18 at the Electric Daisy Carnival, a three-day EDM festival in Las Vegas. 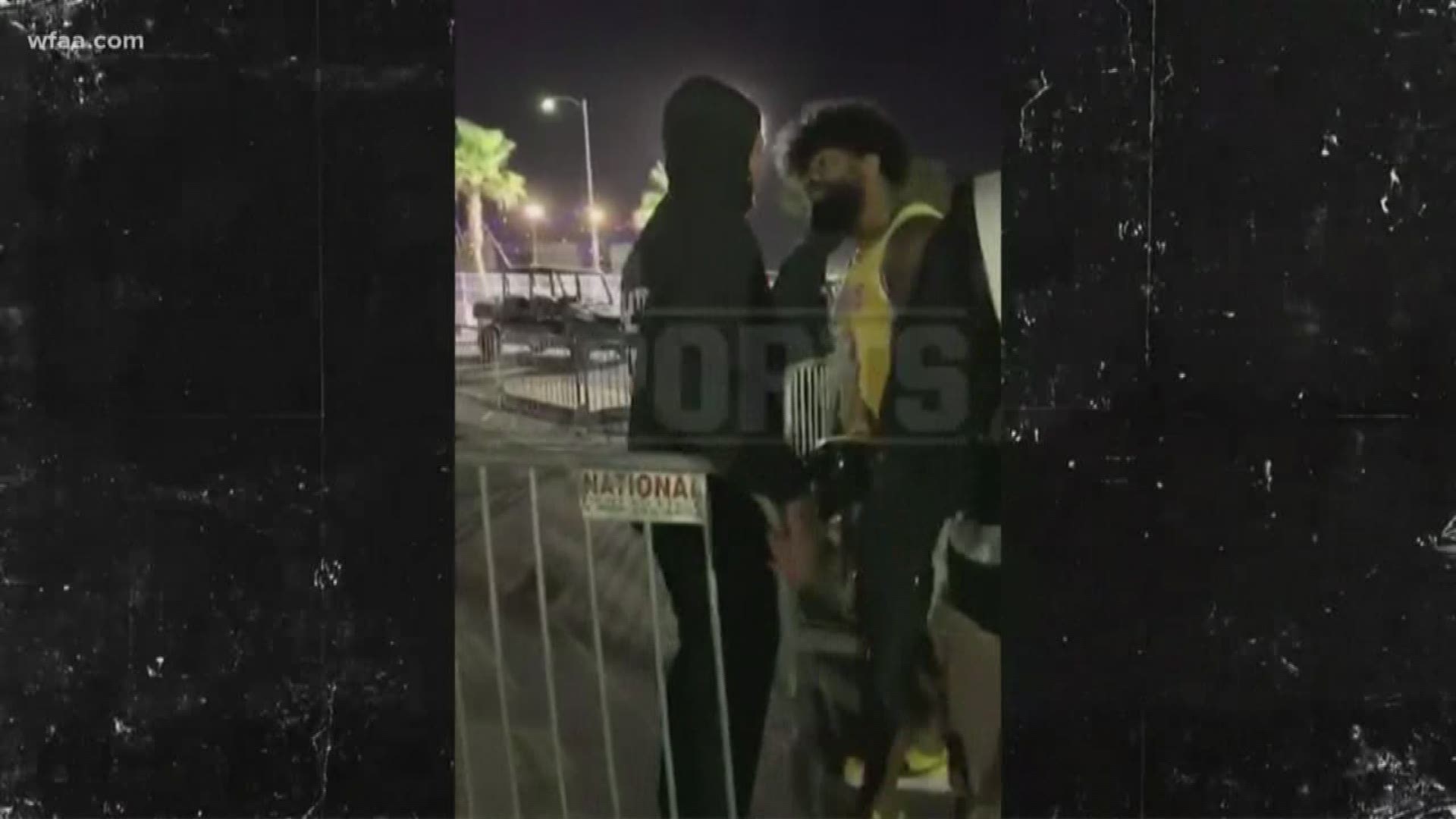 An Electric Daisy Carnival security guard who previously refused to press battery charges against Dallas Cowboys running back Ezekiel Elliott after a May incident in Las Vegas has now told a TV station in Las Vegas that he has pressed charges after he felt that Elliott's July apology for the incident was "insincere."

“To not have anything happen to him, the NFL is basically saying it’s okay to go to Vegas, get obliterated and shove people over fences,” security guard Kyle Johnson told Las Vegas TV station KVVU.

The incident happened shortly after 3 a.m. May 18 at the Electric Daisy Carnival, a three-day EDM festival in Las Vegas. In a video originally obtained by TMZ Sports, Elliott is seen confronting a security guard, saying: "You got something to say?"

In the video, it looks like Elliott uses his body to shove Johnson to the ground.

Elliott was later placed in handcuffs, but was released without being placed under arrest.

An agent for Elliott released the following statement from Elliott's attorneys Sunday about the latest development:

"Over the course of the past several weeks, Mr. Elliott has been the target of extortion. Kyle Johnson's filing of a criminal complaint against Mr. Elliott in connection with the Las Vegas incident is the latest attempt to do so. Mr. Elliott and his team are in contact with all of the proper authorities and are fully cooperating with them in their investigations."

At first, a statement from the Las Vegas Metropolitan Police Department said that "the security guard who was the victim of the misdemeanor battery, refused to press charges and officers escorted Elliott a short distance away and he was released.”

Cowboys owner and general manager Jerry Jones said in May that he wasn't considering punishment for Elliott after the incident.

"As for us, his status with us has not been impacted in any way," Jones said at the time. "Frankly, I know how conscientious he has been in the offseason, and that’s good enough. No, I don’t see that having any consequences for us.”

An NFL investigation into the incident found that Elliott did not violate NFL policy.

NFL Commissioner Roger Goodell suspended him for six games in 2017 after his ex-girlfriend accused him of domestic violence.

He was never arrested for that incident, but the NFL suspended Elliott for that after conducting its own investigation, and also suspended him for lifting a woman's shirt up at a St. Patrick's Day Parade.

This off-season Elliott has worked to clean up his image by being involved in multiple charities and events, and even paying for the funeral of a young football player who was shot and killed.

WFAA has contacted LVMPD and the Dallas Cowboys, and is awaiting comment.