Your photos: The March supermoon 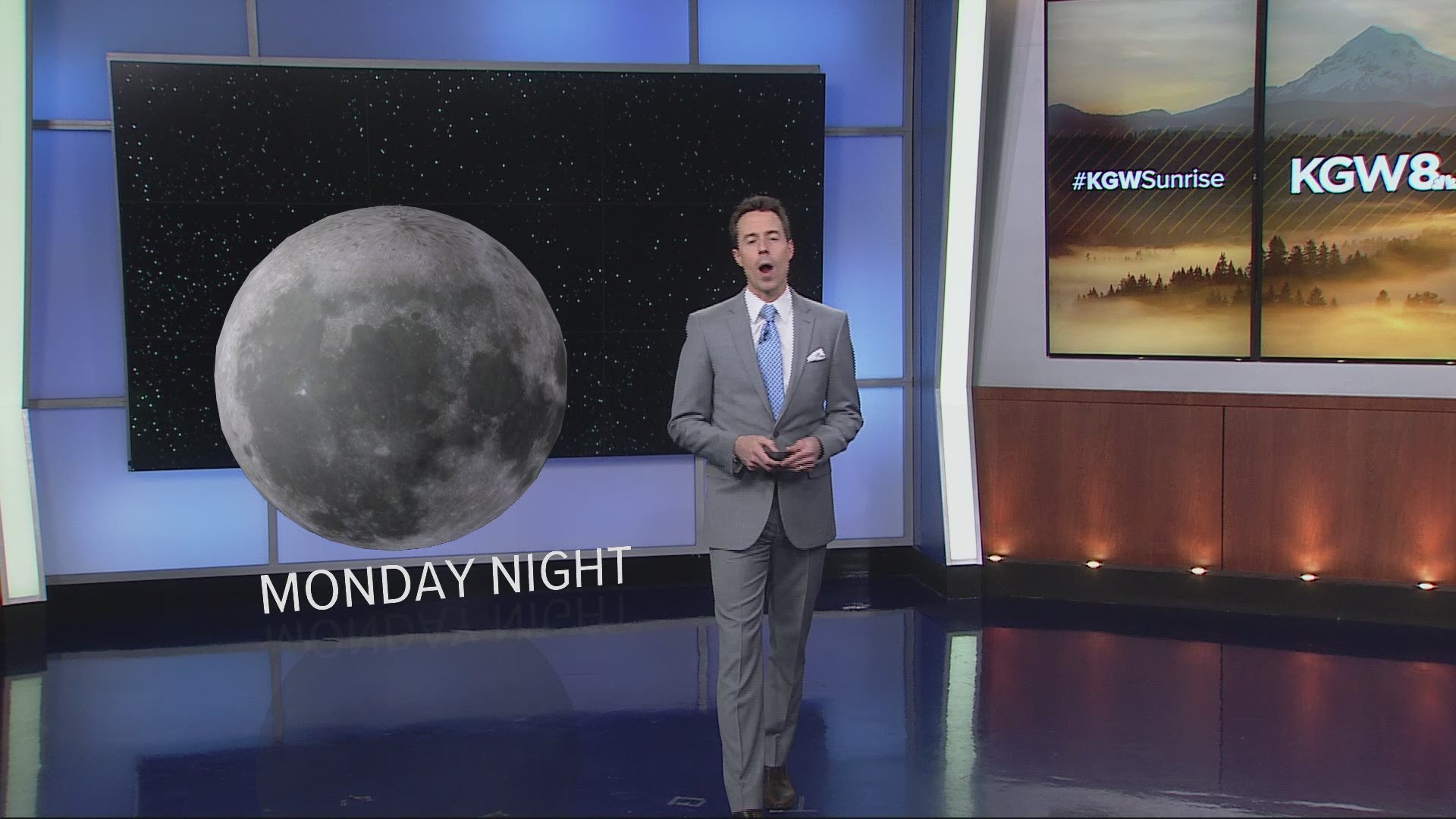 PORTLAND, Ore. — The first of three supermoons happened Monday night, and the weather cooperated with a mostly clear sky over the Rose City.

A supermoon is a full moon (or mostly full moon) that coincides with the moon's perigee. Perigee refers to the closest point in the moon's orbit around the Earth.

The moon orbits the earth in an elliptical path, which means the Earth to moon distance is constantly changing.

Jim Todd, the Director of Space Science Education at OMSI says, "The moon will appear full on March 8 and March 9 but the precise instant of full moon comes to pass on March 9, at 10:47 a.m. PST when it is daylight and the moon is below the horizon.

A full moon occurs in the middle of the lunar cycle of 29.5 days and is recognizable by its near-perfect spherical shape. Technically speaking, the full moon only lasts for about a second. This difference cannot be seen with the naked eye.

The moon travels in an ellipse that brings it closer to and farther from Earth in its orbit. The farthest point in this ellipse is called the apogee and is about 251,966 miles from earth on average. Its closest point is the perigee, which is an average distance of about 225,744 miles from Earth. On average, the distance from earth to the moon is about 238,855 miles. During every 27-day orbit around Earth, the Moon reaches both its apogee and perigee.

When a full moon occurs at or near the perigee, it looks 14% larger and 30% brighter than a typical full moon. That’s what the term supermoon refers to. Generally, supermoon is used to refer to a full moon 90% or closer to actual perigee.

So watch for a bright full-looking moon to light up the night sky from dusk till dawn on the nights of March 8 and 9.

RELATED: Winter's biggest and brightest full moon to illuminate the sky next week

RELATED: Your photos: 43 images of the Snow Moon

Your pics of the New Year's Day Supermoon in Portland