“To say I can’t have the weekends off because I’m a woman is degrading,” said Debbie Stoxstell, Dallas County jail detention officer for the last 23 years. 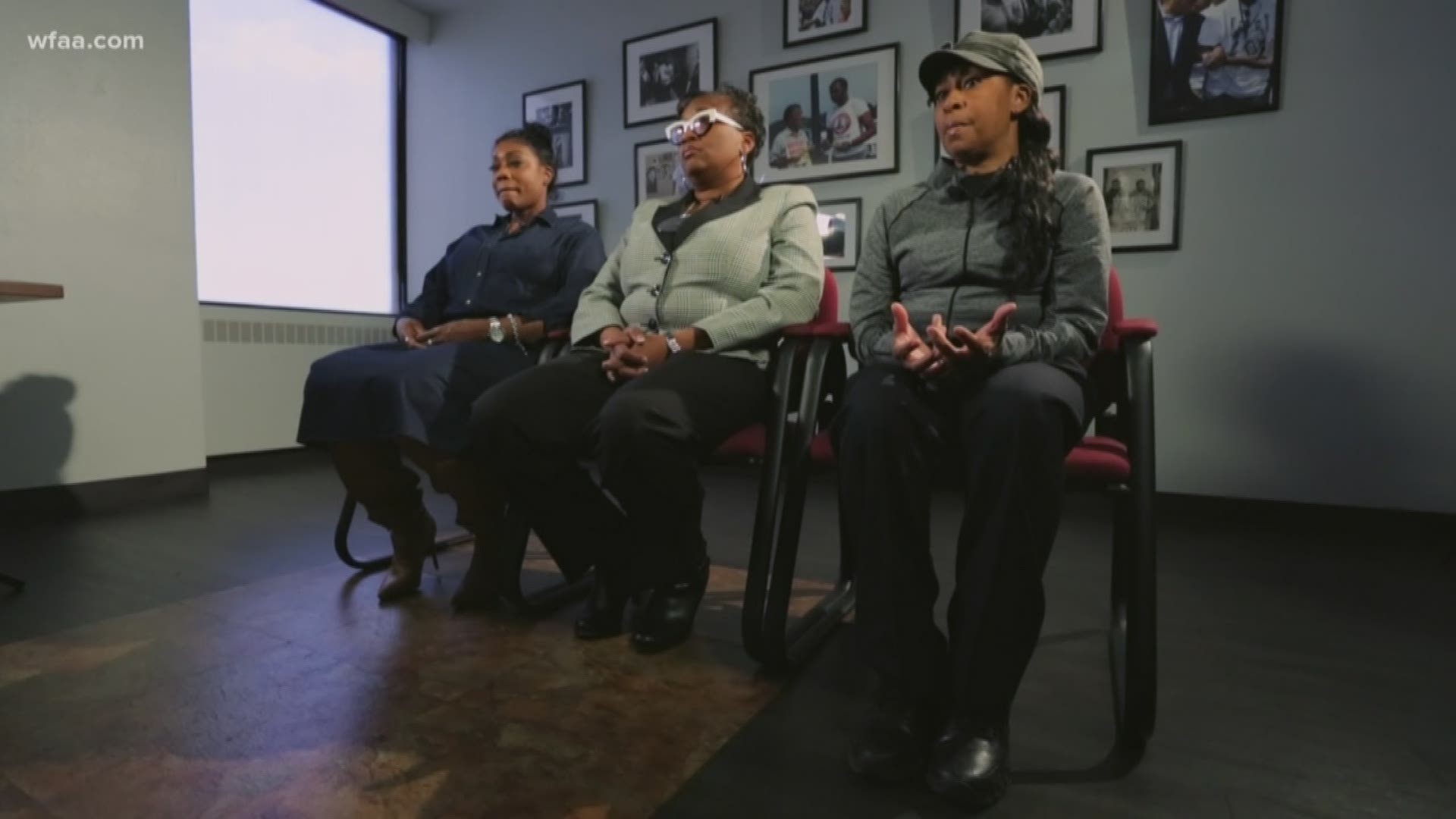 DALLAS — A federal court could decide whether women must work weekends at the Dallas County jail.

“To say I can’t have the weekends off because I’m a woman is degrading,” said Debbie Stoxstell, Dallas County jail detention officer for the last 23 years.

After years of working their way up, women jailers said supervisors changed course last year and required women to work weekends, while giving men those days off.

“We do the same thing as the men. We transport the women and the men. The men can only transport men,” explained Feleshia Hamilton, Dallas County jail detention officer for almost two decades.

Hamilton and Stoxstell are two of nine veteran detention officers who filed a federal discrimination lawsuit this month.

They said more women than men work there as guards, which has created a problem for the sheriff.

Before April 2019, women said they had weekends off. But Dallas County suddenly changed schedules, the added, and required women to work weekends no matter how much seniority they had.

“I was hot because I’ve been there 24 years. It’s always been a rite of passage that when you get in the 20s you get the weekends off. So, I waited my time to get the weekends and then he just comes in and takes it because of men? You can never balance it out,” said Brenda Johnson, who has worked for 24 years as a detention officer.

In memos to women guards, Dallas County argued: “With more females off on the weekend, there would be less males during the middle of the week, making this an unsafe condition with less males on duty.”

“The sheriff makes it sound as though the inmates get the weekends off and therefore, they’re gone. It can’t be about safety. It’s about treating people fairly, which the sheriff is not doing,” said David Henderson, an attorney representing the women.

The women said they reported their complaints to Human Resources, filed grievances but nothing changed.

“The sheriff’s office does not comment on pending litigation,” said department spokesman Raul Reyna, when asked about the women’s allegations.

“These women are like all of us. They have kids, they have spouses, they want their weekends too and the law protects their ability to have that – the same as men,” said Jay Ellwanger, attorney.

Now it’s up to a federal court to decide whether women with seniority must work weekends at the county jail.