Three North Texas women who ordered a Lyft in December to see former First Lady Michelle Obama speak in Dallas are now facing an insurance nightmare after a truck hit the car they were riding in and left the scene. 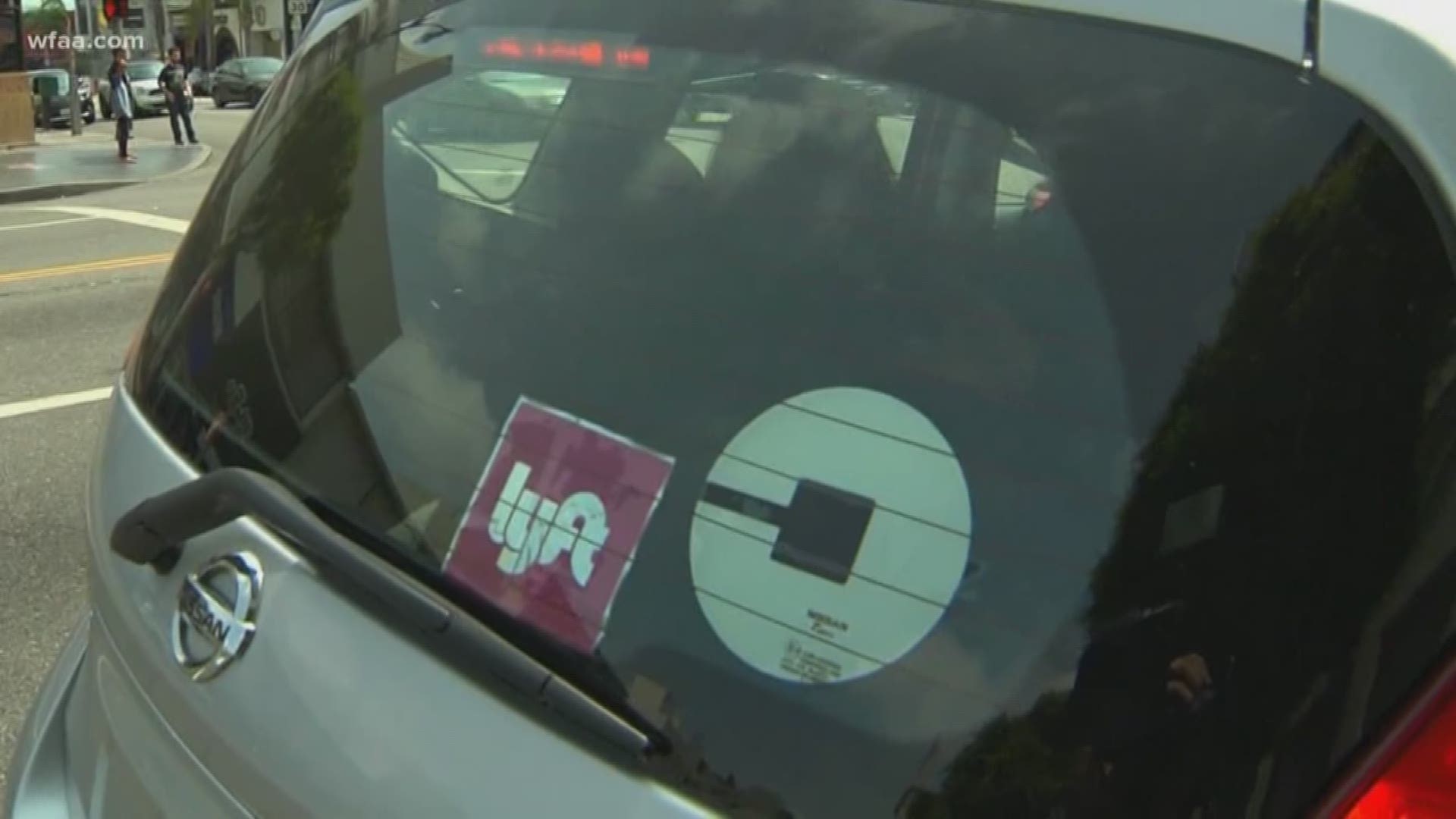 DALLAS — Three North Texas women who ordered a Lyft in December to see former First Lady Michelle Obama speak in Dallas are now facing an insurance nightmare after a truck hit the car they were riding in and left the scene.

Monica Johnson, Angela Jones, and Naylan Holman all got tickets for the event. On December 17, Obama was in town to speak as part of her book tour at the American Airlines Center.

“We were having a great night together,” Johnson said. “Our plan was to grab dinner and then head over to the AAC.”

Jones said she and her friends ordered a Lyft to get to the American Airlines Center. “We knew that parking was going to be outrageous that night,” Jones said.

The decision to take a Lyft ended up being a nightmare for the trio. While riding in a Lyft on Harry Hines, a truck hit the car all three were riding in and then left the scene.

The truck also hit another car, according to an accident report with Dallas Police.

“The impact knocked Monica into my lap and my face into the driver’s seat,” Jones said. Holman was sitting in the front seat when the accident happened.

“The next thing I knew, I was in the middle of the street, and I couldn’t walk,” Holman said.

Johnson said she doesn’t remember much from the accident at all. “I just knew that I was being taken to the hospital in an ambulance,” Johnson said.

All three sustained serious injuries during the accident. Holman got a nasty scar from her seatbelt near her shoulder. She also said she has chronic neck, back, and hip pain.

Holman works as a stylist and said she now can’t stand up on her feet and work 5 days a week due to the injuries she sustained.

She’s also a mother of three and said that she’s only working two to three days a week. She’s even paying someone else to wash the hair of her customers because it’s too painful. She added that she started physical therapy last week.

“My income has decreased, and I have to work in pain,” Holman said. “It’s affected my whole life.”

Jones got some glass in her left eye during the accident, and those fragments weren’t washed out for close to an hour because medical personnel didn’t want to proceed without having proper light. “There may be nerve damage in the long run because I’m having spasms in my eye,” Jones said.

Johnson has the most unique injuries of the three. She previously underwent brain surgery and had a CT scan to see if her head was impacted by the accident. Scans found that she had some bulging discs in her back and a dislocated vertebra in her neck.

Injuries aside, each now is staring at daunting emergency room bills. Jones said her bills are close to $7,000, and Johnson said hers have surpassed $11,000. Holman said she hasn’t received any bills yet, but suspects they’ll be in that same ballpark.

So, who picks up the check? Well, it’s complicated, and all three women are learning that the hard way. “Just trying to make sure that we’re going to be made whole is the most stressful part of everything,” Jones said.

“Cutting through the insurance red tape and getting from point A to point B is a lot,” Johnson added.

Lyft, like Uber, carries up to $1,000,000 in primary liability insurance per ride. Since this is a hit-and-run and Lyft isn’t at fault, the trio hasn’t seen any of that money yet.

They all told WFAA that Lyft has instructed them to go through the driver’s insurance first, then their own.

If awarded, it would be split between the three women and the driver. “Our lives were impacted, and it wasn’t our fault,” Holman said. “Nobody wants to take responsibility for it, and it’s frustrating.”

“There’s no telling how long we’re going to be in therapy and what the bills are going to amount to,” Jones added.

Lyft sent WFAA a statement regarding the situation:

Holman hopes that process ends with a payout. “As human beings, I believe we deserve that and it’s our right,” she said.

Last year, WFAA covered a similar incident when a drunk driver hit an Uber with four passengers. Families involved struggled to navigate their way through the insurance red tape and claims process.

Attorney Jacob Alford with Alford & Clark PLLC in San Antonio has handled rideshare lawsuits before and told WFAA that getting rideshare companies to cooperate can be difficult. He said at the time that getting a lawyer is the probably your best option if you want to see any payout.