When Tammy Lewis was born in 1985, she weighed 1 pound and 4 ounces, making her the smallest baby in Texas at the time. Doctors said she had a 5 to 10 percent survival rate. 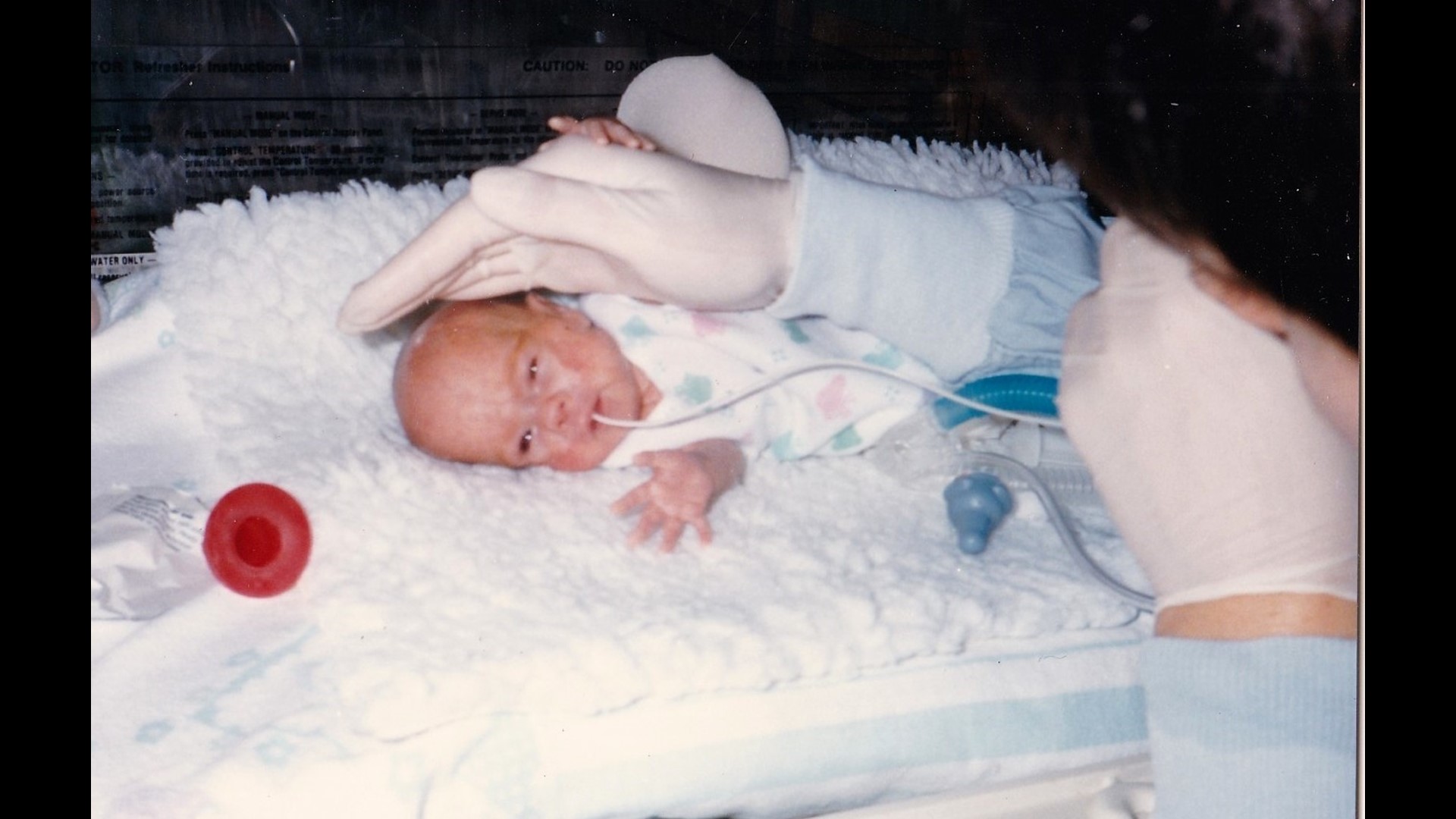 Tammy Lewis is a respiratory therapist at the neonatal intensive care unit.

Lewis dedicated her life to helping the smallest of babies because 34 years ago she was one at Baylor Scott and White's NICU.

A micro preemie, Lewis weighed  just 1 pound and 4 ounces when she was born. According to Lewis, that was the record for the smallest baby born in Texas at that time. Her parents were told her chance of survival was extremely low.

"They gave [my Mom] a rundown of 5 to 10 percent best case survival rate," Lewis said.

Lewis overcame those slim odds. After about three months, she left the NICU right before her actual due date.

"It was lots of prayer, lots of work by a lot of people here to get me where I am today. I'm very blessed," Lewis said.

All these years later, Lewis has reached her goal: helping save lives like hers.

“Going through school, I knew this was where I wanted to be," she said. "I knew I wanted to work with children, and not just children, but NICU patients. Not many people can say you can go work where you were born and care for the same type of babies like you were and be able to give back in that way.”

Several of the doctors, nurses and respiratory therapists who cared for Lewis when she was born still worked at McLane Children's Hospital when she started her career.

"To be able to grow up, get a job and career, and be able to work alongside the people who cared for you was a truly humbling experience,” Lewis said.

She said she wants her story to give her patient's parents a little hope.

“My hope is that those parents who have children like I was can see a success story, working right there alongside you, working with you and your child, getting to know them and showing them there's light at the end of the tunnel," she said. "I hope I can give them a little hope.”

Other popular stories on KCENTV.com:

African Watusi on a leash spotted at Petco in Atascocita

45 rattlesnakes removed from under Texas home