Will you marry me? Husband gets down on one knee again after 63 years of marriage

"You know we've been together so long that we can't really stay apart," Karl Von Schwarz said. 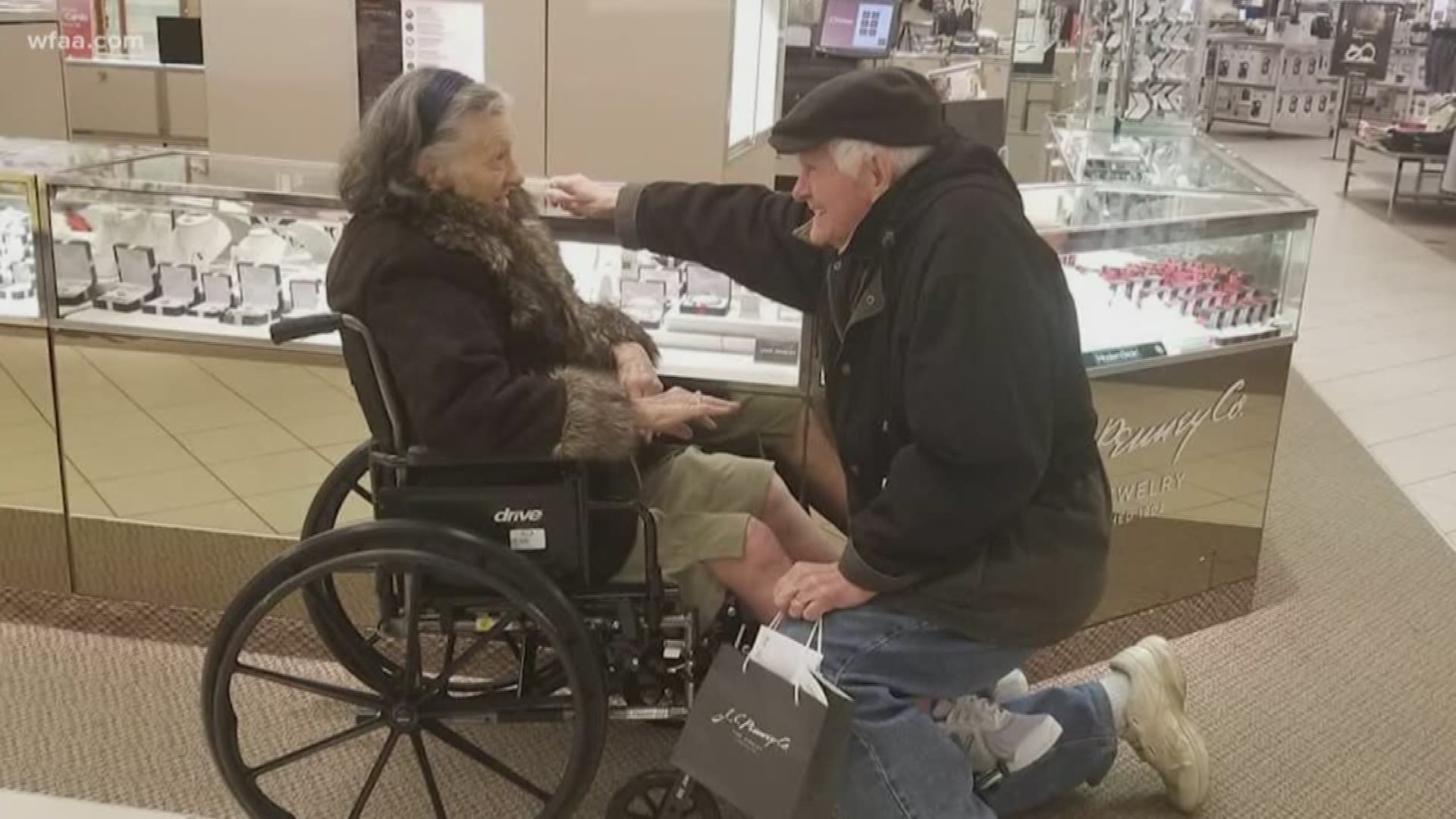 HEATH, Texas — A remarkable show of love between two high school sweethearts is getting a lot of attention on Twitter thanks to a loving granddaughter here in North Texas.

Christina Von Schwarz of Heath looks up to her grandparents.

And she has good reason to. Karl and Donna Von Schwarz, 82 and 85 years old, respectively, are high school sweethearts, were married in 1956, and have been inseparable ever since.

The couple lives near Youngstown, Ohio, and haven't even left the street they grew up on.

"They're really just such amazing people, I've never met anyone like them," Von Schwarz said. "They're definitely something to strive for in a relationship."

Von Schwarz keeps photos of her grandparents in her phone, and talks with them often. The college sophomore also tries to visit them as much as she can.

And those trips have become very special and more important as of late.

You see, Karl and Donna haven't had the easiest year.

Since May, Donna has had open heart surgery, several strokes, and a brain bleed.

She's now in a wheelchair, and can't move much of her body.

"The last few times I've seen her, every time I've said goodbye like it's the last time so it's definitely been hard," Von Schwarz said. "It's just been really hard on everyone."

But, Von Schwarz said that the love between her grandparents hasn't withered. "It just continues to grow stronger," she said.

An example of that can be found in a simple act of love Karl orchestrated last week.

Karl promised Donna that if she made it through her heart surgery, he would get her a new engagement ring.

Once Donna was healthy enough to go home, she held Karl to it.

"She definitely didn't forget about that ring," Von Schwarz said.

So, Karl wheeled Donna into a JC Penney and let her pick out a new engagement ring.

Family members then encouraged him to make it official, and to get down on one knee once more 63 years after they first said "I do."

Karl did just that right in the store. Von Schwarz shared a video and photos of the endearing moment on Twitter.

Within days, they received more than 25,000 likes.

"I told them that they were famous on Twitter and they were so happy," Von Schwarz said. "I never thought it would blow up, but it definitely deserves the recognition that it got."

Karl Von Schwarz told WFAA by phone that it wasn't hard to renew his love for his wife of 63 years.

"It was great because it's a gal that I've loved all of my life," he said. "It was very easy. You know we've been together so long that we can't stay apart really."

Donna chimed in and said that she loves her new ring.

"It's really beautiful," she said with a laugh "It's gorgeous."

I think we can all admit that grandparents are so great because they set such a good example.

Christina said she's lucky she gets to look up to her grandparent's love story.

"I'm just proud that it's as touching to us as it is to everyone else, and they get the recognition for how strong they really are," Von Schwarz said.