Team Mesquite Cheer was formed early last year. And they took home first place in their first ever competition Saturday. 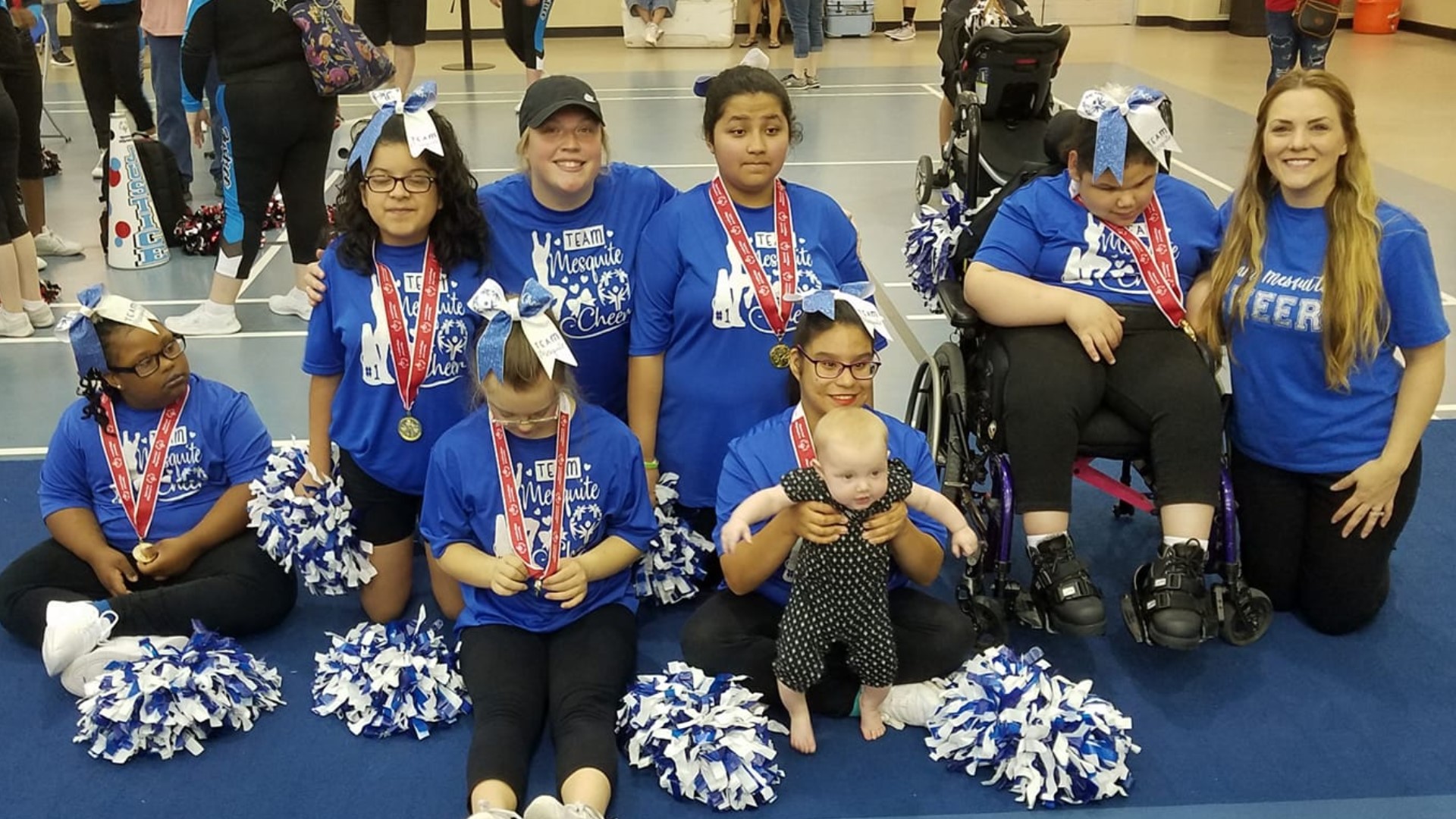 “This is the first year that cheer has been a competitive sport for Special Olympics of Texas,” said Elaine Schor, one of the two coaches of Team Mesquite Cheer. Schor is a special education teacher at Achziger Elementary School in Mesquite.

“We literally have every single sport that’s offered in Special Olympics, but we hadn’t had a cheer team,” Pence said. “I looked to Coach Elaine, and I said, ‘Why don’t we have a cheer team?’”

From there, Team Mesquite Cheer was born.

Their first practice was held in March 2018, and the squad started performing at community events, basketball games and other sporting events.

Then they got the news: 2019 marked the first year the Special Olympics of Texas recognized cheerleading as a competitive sport.

“Our delegation leader came to us, and he was like, ‘Yeah they’re making it competitive this year.’ We were like, ‘Whoa, we just started this thing.’ We were just in shock. Should we do this? Should we compete?” Schor said.

The team decided to enter Saturday’s competition held in the MAC Gym at UT Arlington. They choreographed a routine to Taylor Swift’s “Shake It Off.”

“I’m going to be completely honest: When we showed up, we were kind of intimidated,” Pence said. “There were some teams that were decked out. You would’ve thought this was an NCAA competition.”

But the team of six girls and two coaches didn’t let the pressure get to them.

They wowed the judges with their routine.

And took home the gold medal.

“Those girls are just amazing, and they’ve been working so hard. And so for them to get that reward, was just amazing,” Schor said.

"The social impact that the cheerleading team has had on them has been tremendous,” Pence said. “We have kids that weren’t cheering that are now cheering the loudest. We have girls that weren’t even coming up and giving us attention or loving on us, and now they come up and give us that attention. They love on each other. It’s totally a team.”