We just verified the best tamales in North Texas

For families, across Texas, Christmas tamales are a serious tradition. Making them, giving them, eating them. 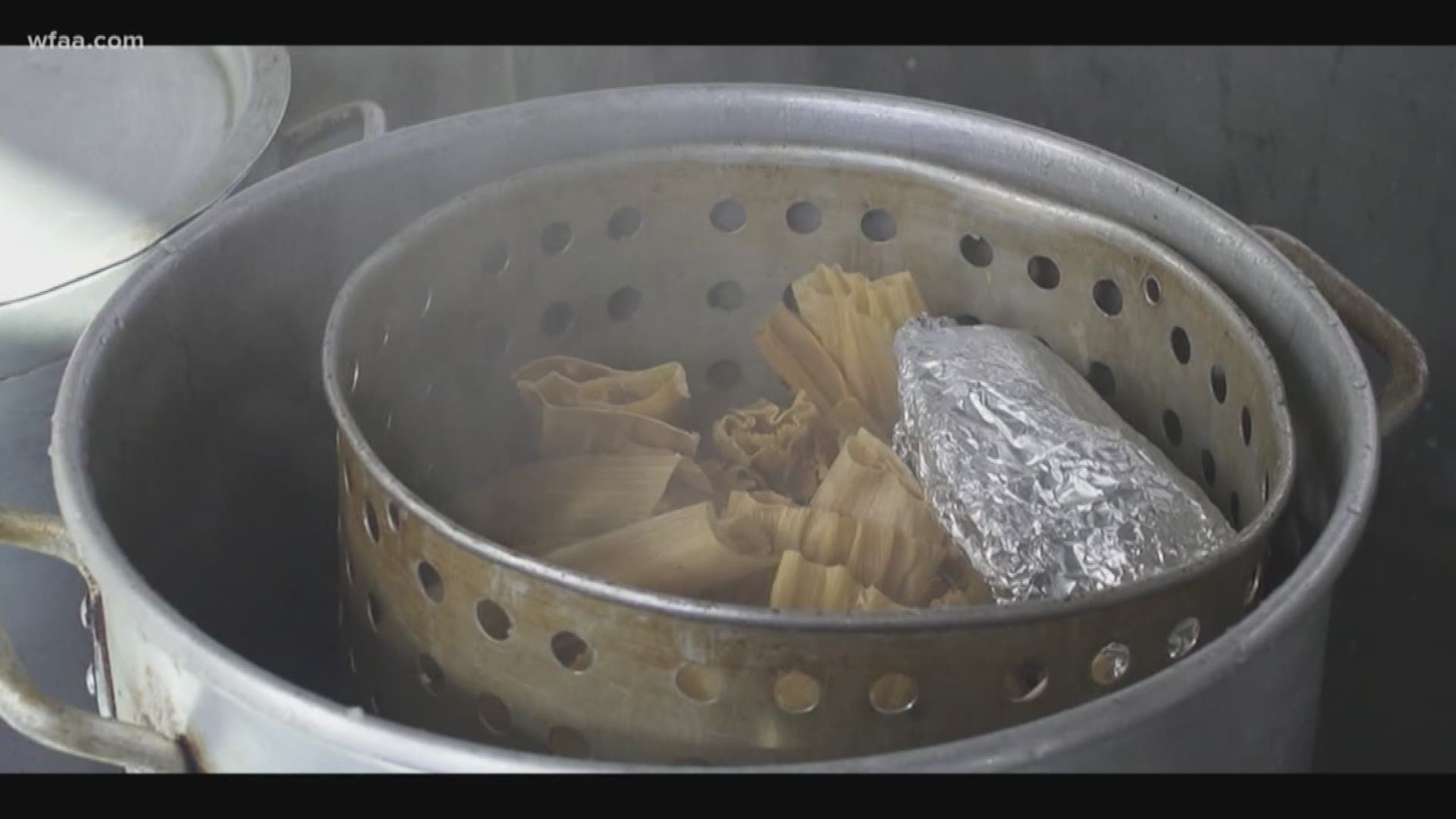 For families, across Texas, Christmas tamales are a serious tradition. Making them, giving them, eating them. So, at Verify, we figure, it's time to decide who makes the best tamales in North Texas?

If you don’t know, on Verify, I take a viewer on the road with me to help report a story. They see what I see, ask their own questions and reach their own conclusions.

To help me judge the first-ever Verify Golden Tamale Award, I invited back some of the Verify viewers who've reported stories with me to help.

Then, on Facebook, I asked our followers to nominate their top tamale makers. I tracked them down brought them together at Lee Harvey’s Bar, for a blind taste test. So many suggestions!

Seven restaurants are competing and the contestants are:

To make things fair, Olivia Gonzalez wrote criteria for the all the judges to follow.

“Christmas tamales is like a rite of passage.  Especially in families like mine, Hispanic families,” Olivia says.

And she knows her stuff. Olivia is a food blogger who came along a Verify report, in 2016, where we named the Breakfast Taco Capital of Texas. Here’s what makes a classic, pork tamale:

Is the seasoning flavorful and balanced enough that the masa tastes good alone?

Is the texture tender? Not dry and crumbly? Not mushy and wet?

Is it smooth, without lumps and spread evenly? Not too thick/thin on one end?

Is it barely visible or is it overflowing excessively out of the ends?

Is there a good mouth feel and balance of filling to masa?

Is the exterior husk free of clumps of masa and filling?

Is there a nice, tidy fold and/or corn husk tie on the tamale?

Does the tamale cleanly separate from the husk leaving minimal masa on the corn husk?

Does the tamale have a perfect and flavorful balance between filling and masa?

Is the it light, not greasy or heavy to eat?

Would you be loyal to this tamale and order them year after year because of its greatness?

But before we get to the winners, let’s get to know this Christmas tradition a little better.

According to Daniel Hoyer, the author of Tamales, they’ve been around 7000 to 9000 years, going back to Aztec and Mayan civilization.  And the tradition continues in kitchens across Mexico and America.

I’ve been invited to pitch in at, what’s called, a tamalada at Yvonne Sotelo's house in Fort Worth.

“Tamalada? What does that mean?” I ask her.

“It just means get together and make tamales,” Yvonne says.

And I'm learning, it's a lot of work.  To get it done, brother Vincent, kids, grandkids, friends and Aunt Laura are all here.

The dough -- the masa -- is made from ground corn, lard and now Uncle Vincent's ladling in the pork broth.

“That smells great. That's where the flavor is coming from?” I say the we mix in the broth.

“And the pork broth is the flavor,” I say.

In an assembly line, we’re spreading the masa into a corn-husk. Next, adding the pork filing, preferably with bare fingers.  Then close the husk, fold it and put it in the steamer.

Over two days, they'll make hundreds of tamales. The work is so worth it.

“That's great, a spicy one.  That just fell right out of the husk,” I say after eating some of Yvonne’s tamales.

BACK TO THE COMPETITION

During the first round, our judges sampled and scored tamales from all seven contestants. From there, the field was narrowed to a final two: Mariposa’s Latin Kitchen and Tommy Tamale.

“It has been very nerve wracking. I'm not gonna lie. I have mariposa's in my stomach,” says Crystal Padilla, from Mariposa.

Next, the final round of judging. The top two tamales are sampled again. And there’s a winner: Tommy Tamale.

“How do you feel now that you've reached the pinnacle of culinary arts?” I ask Erich Mota, from Tommy Tamale.

“Feel great. Happy our tamales show our happiness about what we do.  And giving back to the community,” he says.

“What makes a Tommy Tamale a special tamale?” I ask.

So, what did we learn? Well, tamales are rooted in history and generations of family tradition.  And when it comes to taste, a few tamales really stand out.