Ten days after the decision to evaluate the name, Snyder is changing course due to the weight put on him by sponsors amid calls for social justice changes in the US. 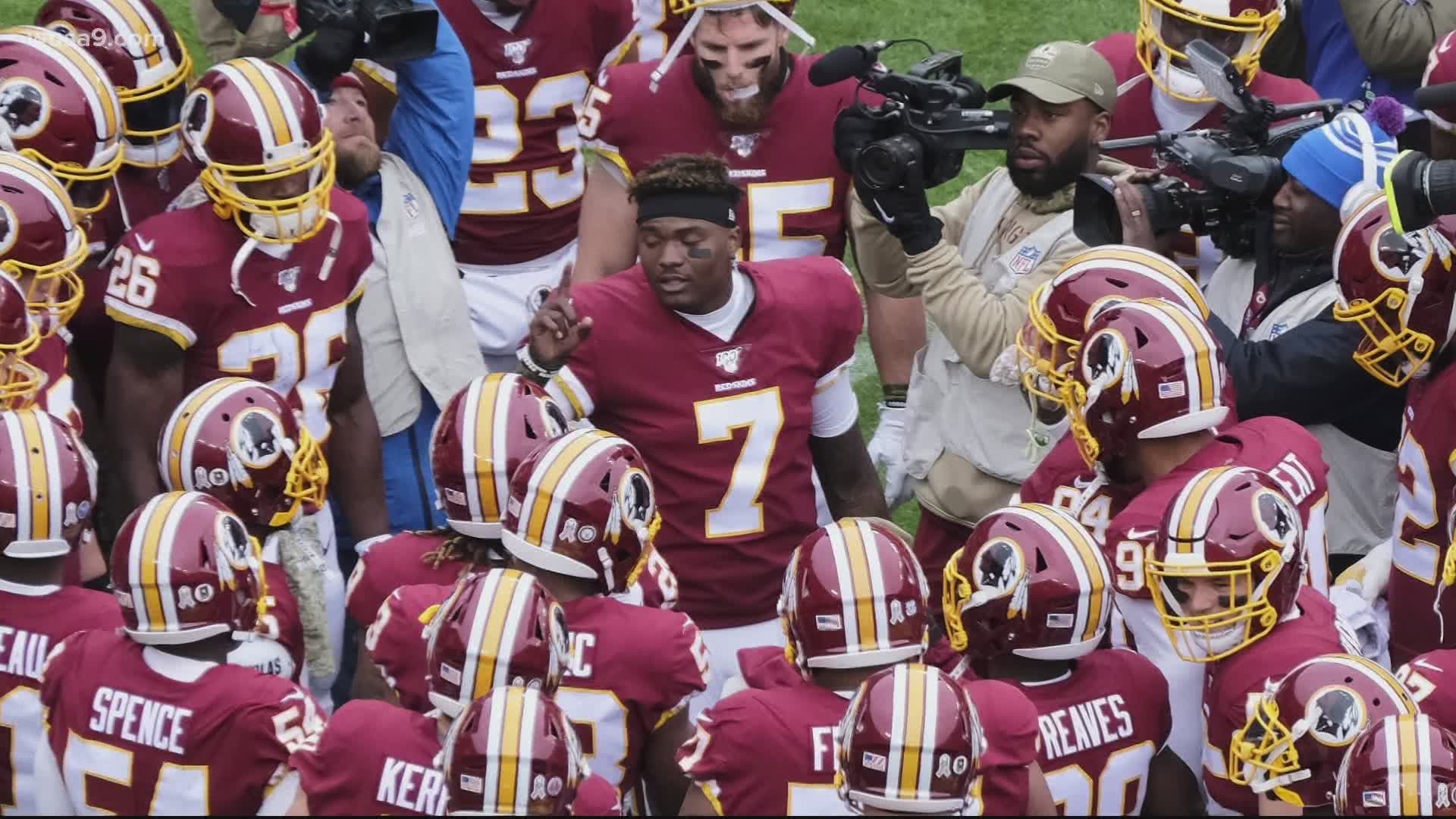 Ten days after the decision to evaluate the name, Snyder is changing course due to the weight put on him by sponsors amid calls for social justice changes in the United States after the death of George Floyd in Minneapolis.

In a statement Monday the team said, "We will be retiring the team's name and logo upon the completion of this review."

A new team name has yet to be determined. A source tells WUSA9 Sports Director Darren M. Haynes, the team has narrowed their list of potential names down but “haven’t made a decision yet” and that decision will be “soon”. The new name announcement is on hold until pending trademark issues can be resolved, according to Ben Fischer of Sports Business Journal.

"Dan Snyder and Coach Rivera are working closely to develop a new name and design approach that will enhance the standing of our proud, tradition-rich franchise and inspire our sponsors, fans and community for the next 100 years," the statement says.

Read the full statement below:

The sportsbook BetOnline has the Redtails (3/1), Generals (4/1) and Presidents (5/1) as the three top name choices to replace Redskins, according to Sports Illustrated's reporting.

The names "Generals" and "Presidents" are pretty self-explanatory as options for a pro sports team name in the District.

This is a big step for Snyder if he wants to build his team a new stadium in Washington D.C.. D.C. officials have said unless Washington’s NFL team changes its name, the RFK site will not be an option for their new stadium.

"Dan Snyder should know, surely, there is no hope of bringing the team back with that name" Del. Eleanor Holmes Norton (D- D.C.) said. The team’s lease at FedEx Field expires after the 2027 season and its looking at sites in the District for a new stadium.

According to a source, the #Redskins narrowed their list of potential names down but “haven’t made a decision yet” and that decision will be “soon but not today.” @wusa9 @WUSA9sports

RELATED: Washington's NFL team may finally be changing its name

As for the "Redtails," the name would be an homage to Black fighter pilots from World War II that flew dangerous missions in the Atlantic Theater, protecting bombers from German fighter planes.

Another name choice floated that's not listed in the odds is "Warriors." Snyder filed for name rights for "Warriors" in the late '90s when he wanted to put an Arena Football League team in the District, according to The Washington Post.

Between rumors of minority owners wanting to sell their stakes in the team, or corporate sponsors reviewing their relationships with the team, things became really eye-opening for Snyder in the last week or two.

The team launched a “thorough review” of the name last week, while several prominent sponsors said it's time to change it.

The letter obtained by The Associated Press expresses concern that the organization's process to review the name doesn't involve consultation with those Native American leaders.

President Donald Trump has criticized both the Cleveland Indians and Washington Redskins for considering name changes in the wake of a national reckoning over racial injustice and inequality.

Trump tweeted last week, “They name teams out of STRENGTH, not weakness, but now the Washington Redskins & Cleveland Indians, two fabled sports franchises, look like they are going to be changing their names in order to be politically correct.”

Washington's football team is not the first D.C. team to have its name changed.

Washington's basketball team hit the hardwood as the "Wizards" in 1997 after 30 years of being known as the "Bullets."

Unlike the Redskins, corporate interests did not pressure Bullets owner Abe Pollin into changing his team's name.

Instead, Pollin felt the Bullets moniker was too violent. His friend, Israeli Prime Minister Yitzhak Rabin, had just been assassinated. At the same time, D.C. also had a notorious reputation for its violent crime.