Want to control the color of one of Dallas' most iconic buildings? Here's your chance

It's arguably the most recognizable skyscraper in Dallas, and now the owners of the Bank of America Plaza building are giving the public a pretty cool opportunity to put their own personal touch to our skyline. 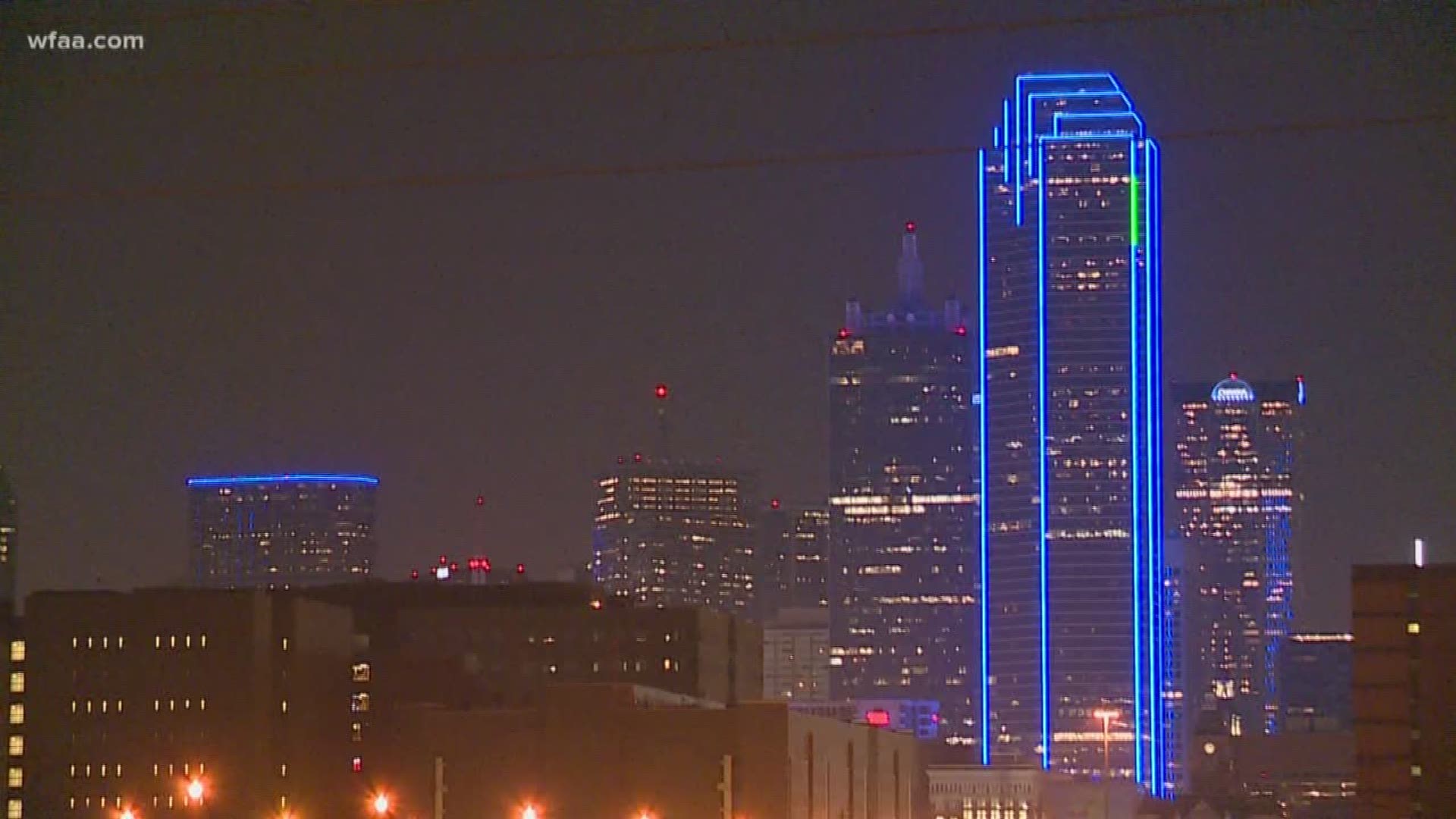 DALLAS —It’s arguably the most recognizable skyscraper in Dallas, and now the owners of the Bank of America Plaza building are giving the public a pretty cool opportunity to put their own personal touch to our skyline.

Peloton, the commercial real estate company that manages and helps lease space at the building, recently launched a website.

With an exclusive invitation, you can create a username, password, and can change the lights along with the animation of the building once per evening for five minutes. You can choose 1 of 16 colors coupled with 1 of 4 animations or go with 1 of 8 programmed themes.

Each 'light show’ must be scheduled after 7:15 p.m., and you can choose your time on the site. Right now, Peloton has only given about 100 users access to the site.

When they first launched several weeks ago, they sent invites to influential ‘Dallasites’ like Mark Cuban, Mayor Mike Rawlings, and city council members.

For the first time ever, Peloton is offering us the public a chance to play with Dallas’ biggest toy. They’ve partnered with Downtown Dallas Inc. and are giving away two exclusive invitations on Instagram starting today.

But here’s the cool part, anyone who gets an exclusive invitation to the site, (including the winners) get to give out two invites to their friends.

According to Adam Bernhardt, Vice President/General Manager of Peloton, those two friends then get to invite two friends of their own and so on. Bernhardt is hoping the chain gets massive and more people to get a chance to change the lights of Bank of America Plaza.

“It will have exponential growth as it becomes more popular,” Bernhardt said. “It’s really impressive to watch people’s faces, it’s a wow moment.”

The lights on Bank of America Plaza have certainly evolved over time. In 1985, the first neon green lights turned on and now they can be manipulated via the internet on an iPad or phone.

Putsmueller is the Co-Founding Partner of Peloton and saw the first neon green lights turn on when he was helping lease the building in the ‘80’s. “It was so bright it almost scared us,” he said with a laugh. “It was fantastic, it just changed the skyline instantly.”

“I think this opportunity makes the connection between the people in our city and in our building more fun and special.”