"To me, you're sending mixed messages,” a Walmart customer questions. Shoppers are learning the big box retailer is upgrading dozens of locations while closing a southern Dallas site. 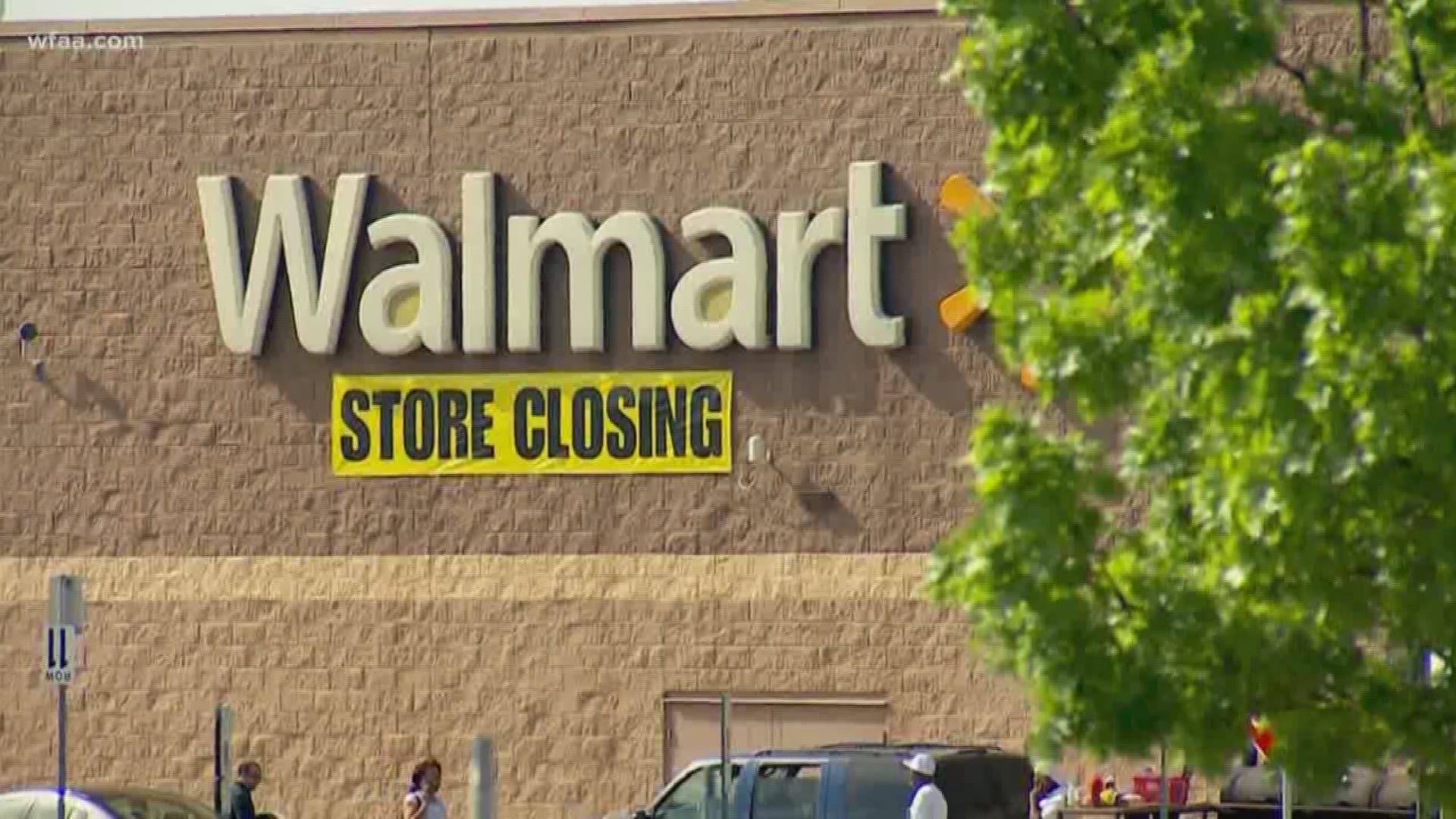 DALLAS — Customers are counting down the days to Walmart closing one of its locations in southern Oak Cliff.

As crowds of shoppers try taking advantage of major markdowns at the location at 3155 W. Wheatland Road, many neighbors still have concerns over why the big box retailer picked the long-operating site to shut down.

“This was a store that the neighborhood depended on," shopper Mable Meador said. "I don't know why they couldn't make a profit, because quite a few houses and apartments are out here. This was basically, one of your main grocery stores for this area."

Dallas Councilman Tennell Atkins represents District 8, where the store is located. He says he is also concerned about the closure. Atkins held a community meeting about Walmart on Thursday. About 100 people attended.

"The mood was they were angry," Atkins said. "Very angry, and very upset. I don't blame them being very upset because of the timing."

RELATED: 'I was shocked': Walmart plans to shut down Oak Cliff store

Walmart initially gave its employees and customers notice, last week, that it was closing the West Wheatland store April 19. One week later, Walmart surprised many, announcing it would be investing more than $264 million in remodeling and innovation at 54 stores across Texas.

"To me, you're sending mixed messages,” Meador said. “You're upgrading, and then you're closing. So where are the store's located that you're investing all this money in?"

City leaders learned 16 of the sites Walmart identified for renovations are located across Dallas-Fort Worth.

"Two in north Dallas, none in south Dallas," Atkins said. "Now that's what’s got them very angry, and very upset. They were shocked to hear that news."

For now, Atkins said he and other city leaders are in strategy mode. They are trying to figure out ways to fill the void Walmart’s closing will leave on West Wheatland Road. Some shoppers are questioning what will ultimately become of the retailer’s building.

"Code and DPD are going to work together to make this not be an eyesore," Atkins said. "And that's very important."

Though Walmart initially determined the store will close April 19, it is possible the store could remain open through April 26, if inventory allows.