He used to be six feet tall, but he's now just over four feet, because of a violent, unsolved crime. 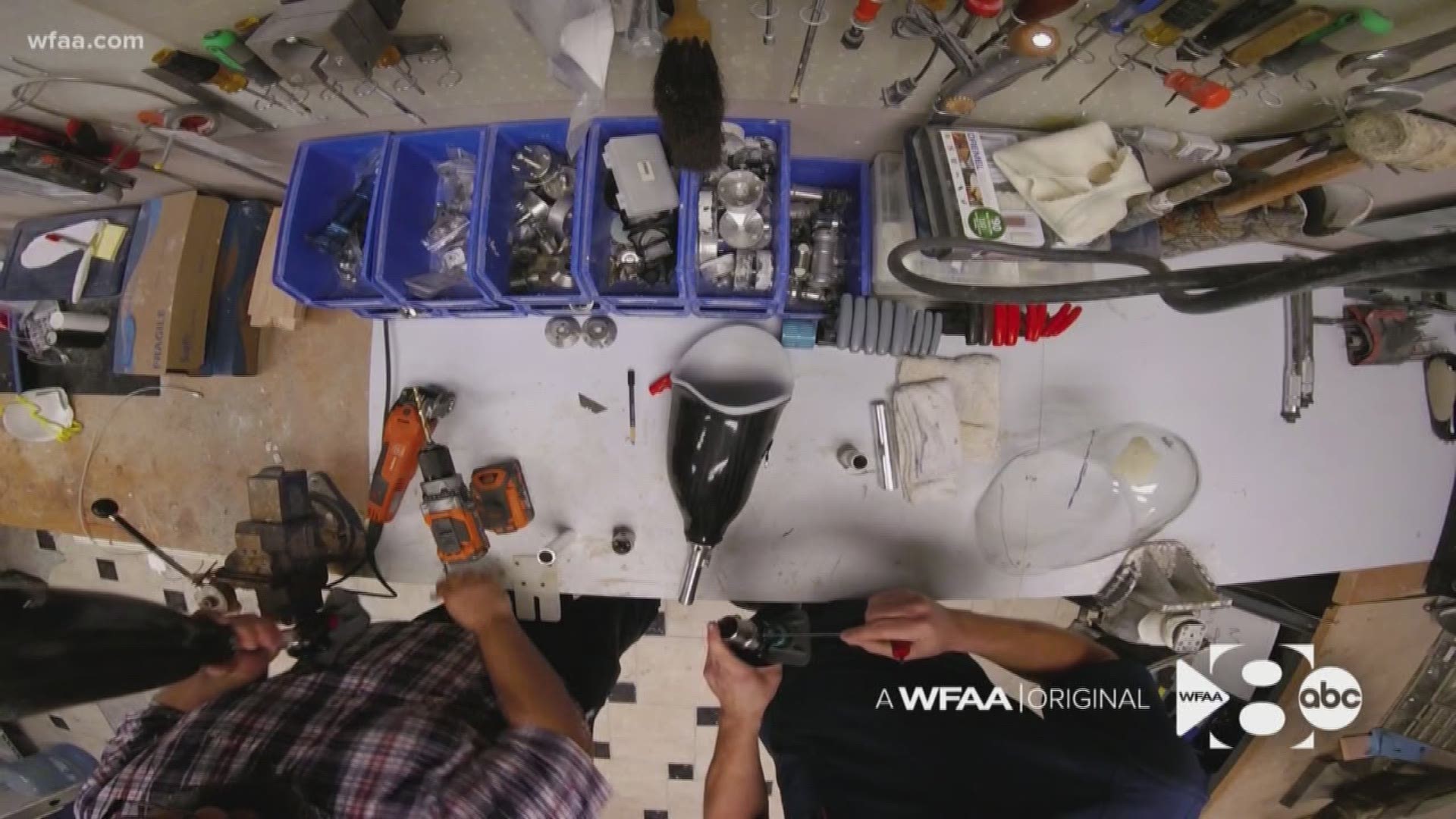 “We don’t want anyone to lose hope,” she said, “that’s what we’re in the business of doing.”

Samuel Bonilla rolls into Mehary’s office with a smile, despite daily pain. The 31-year-old father unfastens the Velcro on two prosthetic legs and slips his thighs into them.

Mehary and her staff want to be sure Bonilla is comfortable as his body begins to experience walking without the legs he was born with. His smile never disappears as he practices inside their office and down a nearby hall. He used to be six feet tall, but he’s now just over four feet, because of a violent, unsolved crime.

“They stole my car, my wallet, my phone,” he said. They also stole his way of life.

In July 2017, three men approached Samuel outside the Houston apartment he shared with his girlfriend and son. They robbed him and carjacked him. One of them fired six shots, hitting him three times. Houston Police said he was a random target.

The gunshots did so much damage, doctors had to amputate both legs to save his life. “This looks nice now,” he said, pointing to just one of the many cringe-worthy scars he bears.

It stretches for several inches down from his belly button.

Samuel remembers trying to run after the suspects as they stole his car. He remembers collapsing in the parking lot and waking up in the hospital with both legs gone.

The worst memory is when he saw his son. “When I was in the hospital he told me, and it broke my heart, ‘Daddy, what happened?’” Bonilla said, wiping tears from his eye. “He was two and a half. That’s terrible.”

Samuel had been a cook at a restaurant in Houston. No longer able to parent or work as he once could, he moved to Dallas, where his sister could help take care of him. He uses FaceTime to talk with his now three-year-old son most every day.

After 14 months in his wheelchair, he discovered M-Power Prosthetics and Orthotics, the company Mehary founded to offer hope to people in similar situations. “Hearing his story, I was just like – we are going to help you,” she said. “I don’t know how, but we’re going to do it.”

They donated their time and skills and encouraged vendors to donate materials and outfitted Samuel with prosthetics for free.

He’s outpaced their expectations, and after just a few weeks on the temporary legs, he’s almost ready for full-scale prosthetics. “I just think of all the things he’s missed,” Mehary said. “Walking and holding your child’s hand across the street, lifting him up in joy – I want him to have those moments.”

His spirit has never wavered, throughout the ordeal. “Everything in life is not bad,” he said. “Some parts are bad, but some good - you know?”

While M-Power Prosthetics is giving him his first prosthetics for free, they will need maintenance and they won’t last forever. Samuel’s family set up a GoFundMe account to help cover future costs.