Incredible video shows the moment Balch Springs Police officers stepped in to help save a boy as he jumped from a burning apartment building. 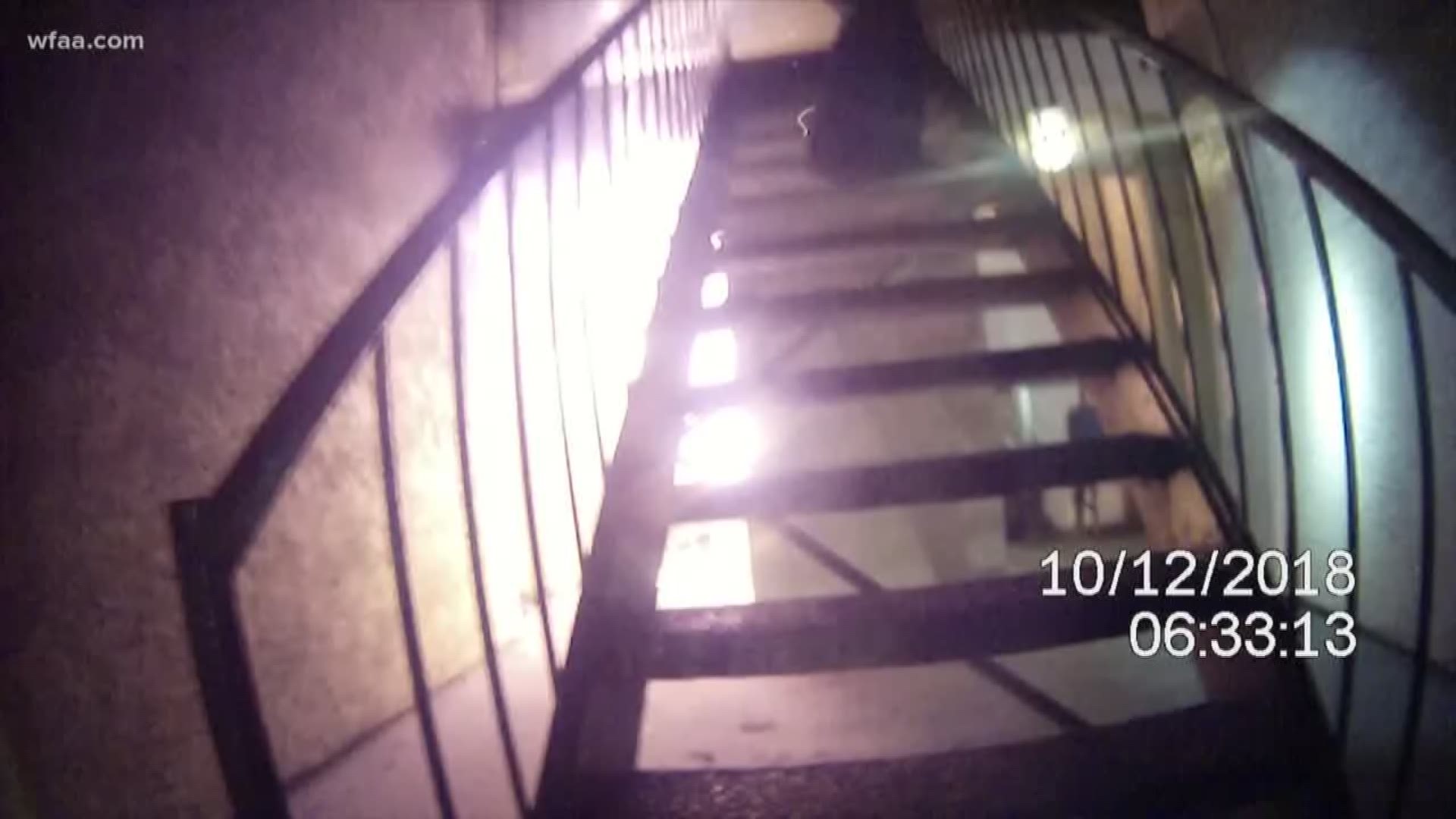 BALCH SPRINGS, Texas — Incredible video shows the moment Balch Springs Police officers stepped in to help save a boy as he jumped from a burning apartment building.

Officers responded to the fire last night, arriving before the Fire Department. They found a building engulfed in flames and quickly realized a family was trapped in a second-floor unit.

"Scared to death because you know what fire does and how fast it moves," said Officer David Fields.

Body camera video shows the officers springing into action. A boy and his mother were unable to leave their apartment.

"A family was stuck behind a door that was on fire, you know, there was no thinking," said Officer Corey Jones. "It was, what can we do to get that family out right now?"

The mother struggled to break the glass of window, so in the body camera video, you can see Jones throw his baton in a second-floor window, shattering the glass. It allowed a little boy to jump from the window into the arms of three officers waiting below.

"It's what I believe any officer in this department would do," said Jones. "Not wait for Fire, not wait for anyone else. We're going to do what we can to help anyone that we can."

The fire department arrived minutes later and pulled out the boy's mother using a ladder. Both are said to be doing okay, though their home was badly damaged.

Jones, 23, told WFAA that he joined the force the week after the Dallas Police ambush, inspired by officers' bravery.