Vote by mail: Here's who's eligible in Texas

There are just four categories that qualify for a ballot. Fear of COVID is not one of them. Intentionally mispresenting your status is a felony. 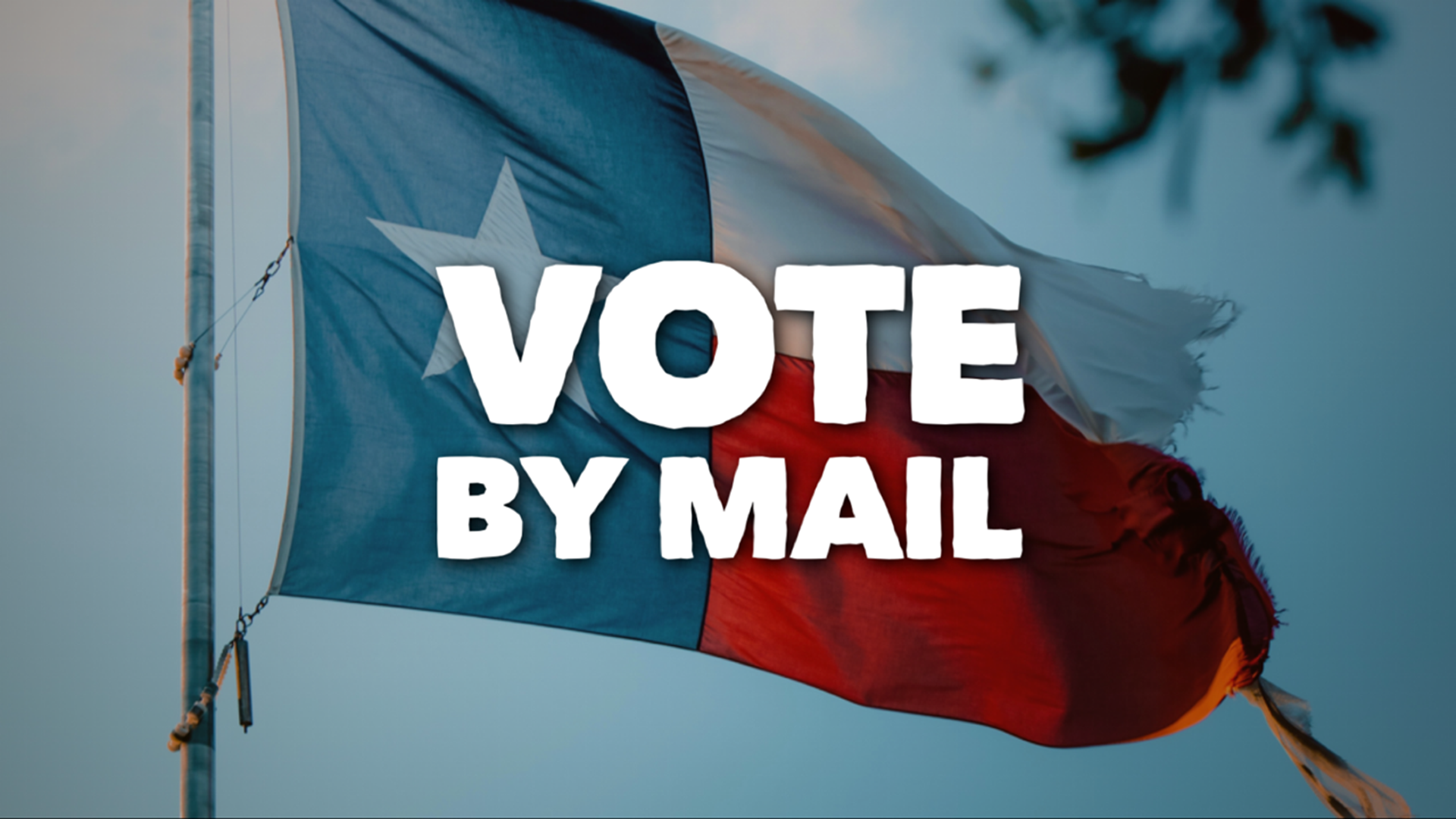 DALLAS — The fear of contracting COVID-19 on Election Day is driving an explosion of interest in voting-by-mail in the U.S. In response, many states have new rules that expand the number of people who are eligible to vote by mail.

There has been no expansion of the rules about who qualifies for an absentee ballot in Texas. According to the Texas Election Code there are only four ways to qualify.

Bruce Sherbet is the election administrator for Collin County.

“Fear of COVID alone, just as a reason for disability is not, in-and-of-itself, a valid enough reason to qualify for an absentee ballot by mail,” he said.

After a lengthy legal battle, that reasoning comes from a federal court decision. The ruling says, “fear of contracting COVID-19 unaccompanied by a qualifying sickness or physical condition does not constitute a disability under the Texas Election Code for purposes of receiving a ballot by mail.”

But ultimately, the law leaves all of this up to the voter. It's not election officials who determine if a person qualifies for a mail-in ballot, according to Toni Pippens-Poole, Dallas County's top election official.

“If you check disability, there is no authorization under the Texas Election Code for me to ask you for any other additional explanation of the reason why you checked disability,” she said.

RELATED: Inside Texas Politics: What is the Texas Railroad Commission? A look at who's running

So, it’s you who decides if you're qualified through either absence, disability, age or confinement. Still, intentionally mispresenting your status is a felony.

Last thing: If you plan to request a mail-in ballot from county elections officials it has to be received at their office but received by October 23rd.

Got election questions: send me an email or a tweet.