Verify: When it's life or death, can you train police to be fair?

Under the microscope. That's where American police departments are today. In large part, it's because of the high-profile police shootings of unarmed African American men, whose stories are spread on social media. 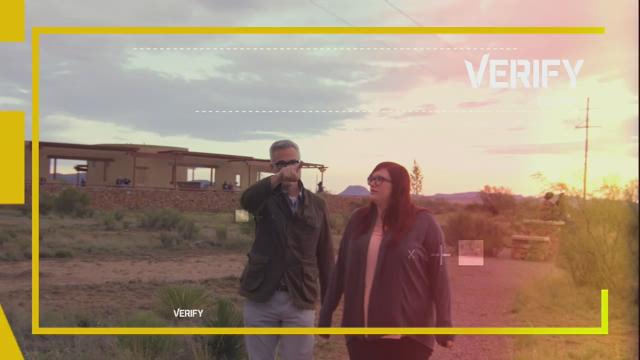 Under the microscope. That's where American police departments are today. In large part, it's because of the high-profile police shootings of unarmed African American men, whose stories are spread on social media.

A sea of critics, like people in the Black Lives Matter movement, accuse police of being biased against the black community.

AJ Brown's going to take a closer look. He's a youth pastor and father of two. He's worried about his youth group kids when they go out.

“Someone will mistake their child as a threat when they’re really just an ordinary citizen,” Brown said.

WFAA reporter David Schechter took AJ to a police academy to see, for himself, how officers are trained and ask: When it's life or death, can you train police to be fair?

AJ and David are at the Arlington, Texas police academy. To get in, they have to pass a physical agility test. But they came to learn about how cops make split-second decisions.

So they go meet with Cpl. Heath Cook. He’s converted a firing range into a shoot-don't-shoot instruction area, where officers, playing the role of bad guys, are hiding.

In one scenario, AJ comes upon two neighbors in a verbal argument and maces them both. Next he doesn’t lay eyes on a suspect, until it’s too late and he gets shot himself

At his worst, David nearly pulled a gun on a man who was simply reaching for his phone.

“It was kind of fight for me to not go right to my weapon,” said AJ, after the exercise ended.

“I drew on the guy who pulled his cellphone out,” David said.

“If they can buy themselves a split second longer, 30 seconds longer, a minute longer, an hour longer, then that gives those options,” Cook said. “And those options could be less deadly or less injurious to anybody that's there.”

For an outside opinion, AJ and David go see Johnny Nahn, a PhD Criminologist at Texas Christian University. He's telling us that many departments train officers to see everyone as a potential threat.

“It's almost like 101 ways that the world can kill you. Every aspect of training is geared toward safety first,” Nahn said.

“What is the negative side effect to that, then?” AJ asked.

“The negative side effect is the cynicism that officers face and mistrusting of the media, the public and of everybody who's not police,” he added.

So, the professor is critical of that bunker mentality. Back at the Arlington academy, they think they do it differently. Yes, they're teaching cultural sensitivity to help officers get past their biases.

But they also teach officers about brain science and, specifically, the prefrontal cortex. That's the part of the brain responsible for decision-making, socially acceptable behavior and impulse control.

Under life-or-death stress, the Prefrontal Cortex -- with its many benefits -- shuts down, and survival mode kicks in.

Trainer Charlie Fernandez teaches officers how to keep their calm in stressful situations.

Non-lethal tactics, like wrestling-style moves, buy time for an officer, allowing him or her to maintain control and keep the prefrontal cortex turned on. AJ learns some of those techniques as he struggles on a mat in the gym of the police academy.

“Calm down, use your mental faculties to start thinking about your next course of action,” said Fernandez.

But Arlington has not been immune to controversy. In August of 2015, Christian Taylor, a young, unarmed African American man broke into a car dealership in Arlington. A rookie officer shot and killed him. That officer was fired, but a grand jury declined to indict.

As part of his Verify experience, AJ gets a chance to question Police Chief Will Johnson.

“The first thing that went through my mind was that we would be judged by the conduct of other departments in other places,” Johnson said.

“Do police officers bring a certain bias to work with them? And what do you do about it?” David asked the Chief.

“All people have some degree of implicit or overt biases,” said the chief. “I think recognizing that that exists, and then, going back to training, can I eliminate it? Probably not. Can I manage it down through training and manage our risk? Absolutely.”

Finally, AJ and David are back with Cpl. Cook. He is teaching them one of best ways to reduce the risks of a life-or-death encounter is a technique called de-escalation.

Slow things down. Buy some time.

Cook has set up a scenario where AJ's all alone and has a possible armed robber cornered on a dead-end street. Forty-five seconds later, the trainer sends David in as backup.

It’s tense, but from a safe distance, using a megaphone, AJ is able to get the suspect to exit his car and lay on the asphalt, face down. Then AJ and David cuff him.

“You did pretty well from a de-escalation standpoint,” Cpl. Cook said.

Cpl. Cook tells AJ and David, had they not waited for back up -- and rushed in-- the suspect was instructed to shoot us. If they didn’t de-escalate, they might be dead.

That was their final experience. Now it’s time to see what AJ has concluded.

“When we talked at the beginning, I could see that we were skeptical about the police as an institution. Have your feelings changed at all?” David asked AJ.

“Definitely, I think this experience has opened my eyes to the sacrifice and the continual kind of stress the officers experience, day in and day out,” AJ said.

“In life-or-death situations, can you train officers to be fair?” Schechter asked.

“I think what the officers are saying and what I've gathered is that you can't train them to be fair in those split-second decisions,” AJ said. “They're not thinking about fairness, they're thinking about surviving.”

“Does that mean you give them a free pass on training down and getting people to work past their biases?” Schechter asked.

“No. I definitely think we should hold them accountable with the training and preparing the officers,” AJ said. “So, I think they should spend a lot of time on the training of cultural awareness, how to defuse a situation, how to de-escalate.”

“I think a lot of time and resources should be put to that in order to ensure when the officers go out they remain safe and the public remains safe,” he finished.

Because once a situation escalates to guns coming out, fairness may be an option that’s no longer on the table.