VERIFY: No, smartphones haven't been linked to people growing horns

Before you ditch your cell phone because it might be causing "horns," see what our VERIFY team found about those wild headlines. 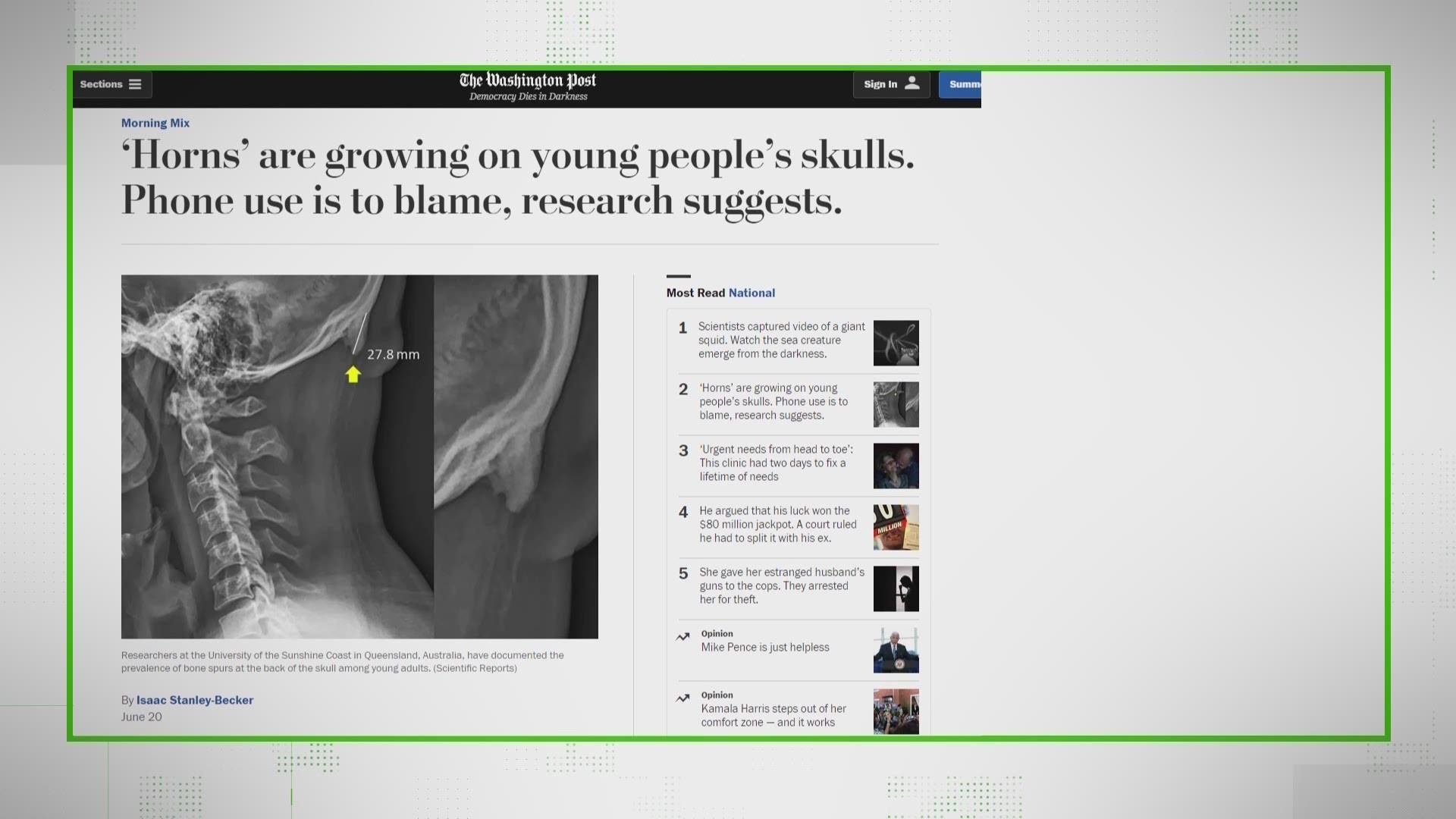 There are some warring headlines out there that are causing a bit of confusion over a 2018 study.

On one hand, there's articles like this one from the Washington Post that reads: “‘Horns’ are growing on young people’s skulls. Phone use is to blame, research suggests.”

But then on the other side, you've got an article in ArsTechnica titled: “Debunked: The absurd story about smartphones causing kids to sprout horns.”

It all stems from a scientific study published in February 2018. The study, titled “Prominent exostosis projecting from the occipital squama more substantial and prevalent in young adult than older age groups,” talks about the growth of bone spurs on the lower back of people’s skulls.

Are horns actually growing on people’s skulls? Is there a link between smartphone usage and these "horns"?

No. First off, what some headlines have called “horns” are actually tiny bone spurs that appeared on about 30% of the participants.

While the study did find a higher than expected occurrence of these bone spurs, they did not test for the link between smartphone usage and their findings.

Put simply, they aren’t really horns and there’s no evidence of a link between their existence and smartphone usage.

The study analyzed the occurrence of “Prominent Exostosis,” or bone spurs on the lower back of the skull.

The study found that roughly 33% of their subjects had these spurs. There was a higher likelihood of them occurring in men, and that the highest occurrence was in those between the ages of 18 to 29.

But the study never called the spurs “horns” and it never linked them to smartphones either.

That was actually a separate theory altogether.

The creators of the study said craning down to look at a screen could be a possible explanation for the spurs. But they didn’t test for that, and they don’t claim it’s a proven link.

Bottom line - this study shows a higher occurrence of bone spurs than previously recorded. That’s it.

Calling them “horns” is clickbaity and there’s no evidence that smartphone use is to blame.