The post claims during this pandemic, some lawmakers are trying to sneak in a bill that would raise taxes on guns and ammunition. 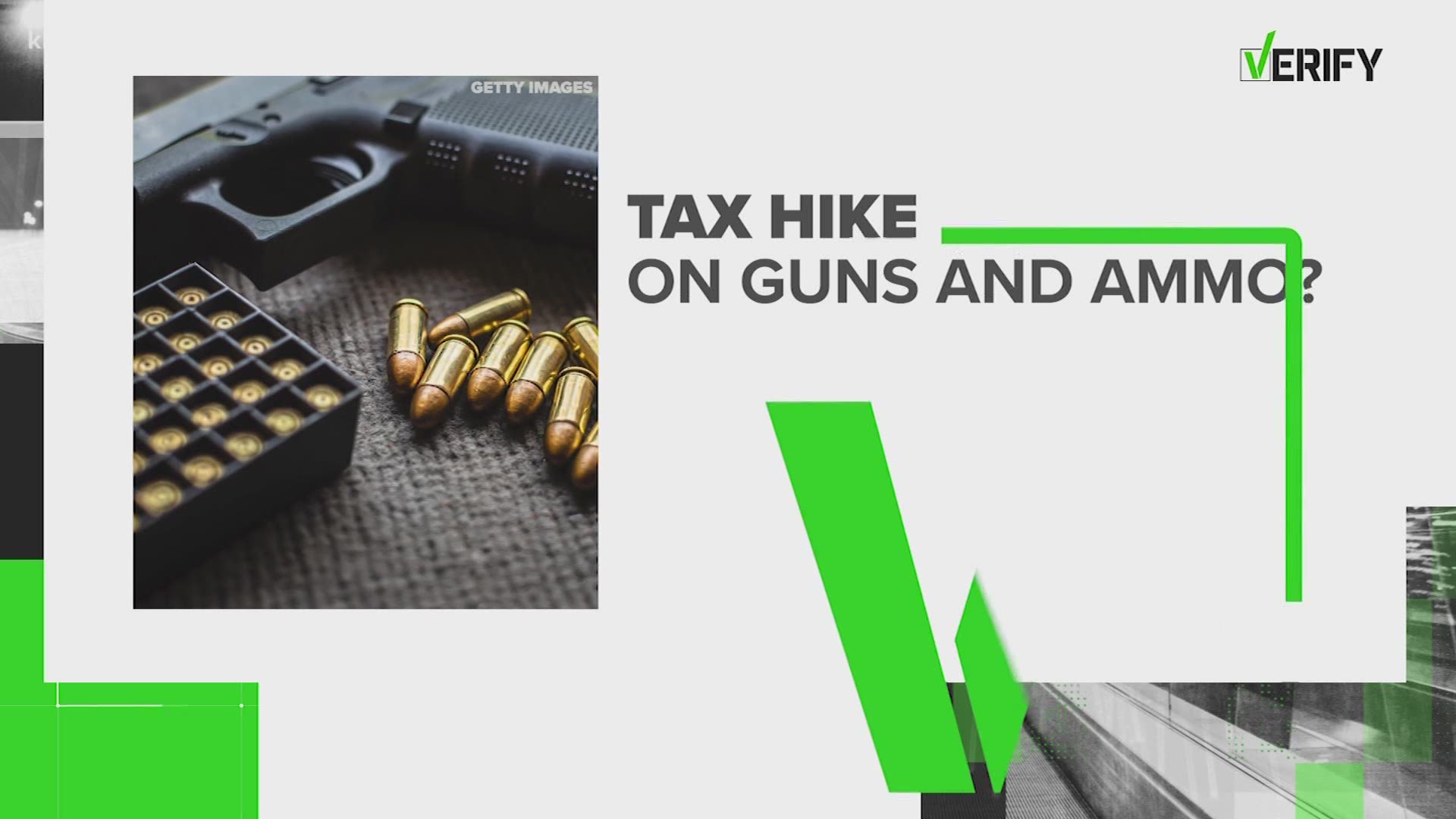 HOUSTON — Several people reached out to the KHOU 11 Verify team about a post going around social media.

It claims during this pandemic, some lawmakers are trying to sneak in a bill that would raise taxes on guns and ammunition.

Pam, Lisa, and several others sent us a message from Facebook asking us to verify the post. It reads, in part:

"Eyes wide open!! HR 5717 will add a 30 percent tax on all guns and a 50 percent tax on all ammo and will require a fed license to purchase both. This is trying to get pushed through immediately. Pass it on and vote no. Also, it says you would need this federal license to own or handle any guns you already own."

Our source on this is HR 5717 and U.S. Representative Hank Johnson, the congressman who wrote the bill, known as The Gun Violence and Community Safety Act of 2020. His office said he created it to “end the epidemic of gun violence” in America.

Let’s first address the claim there would be a tax hike on guns (30 percent) and ammunition (50 percent). That is true.

The bill also says you would be required to have a federal license to buy those items. That is also true. But Johnson’s office says it would not be retroactive.

The claim that you would need a federal license to handle the guns and ammo you already own is false.

As for the allegation that this is trying to be pushed through immediately, that is also false.

Congressman Johnson’s office says the bill still hasn’t been heard by a committee. Then, it still must go before the House and Senate and be signed by the president before it becomes law.

So we can verify if this bill passes, taxes would go up on guns and ammo. You would need to get a license to buy, but not for the guns you already own.

RELATED: VERIFY: Smokers are not at less risk from coronavirus

RELATED: VERIFY: Why vitamin D is beneficial to some, but not a COVID-19 'cure'