VERIFY: How much of President Trump's 450-mile border wall is actually a new barrier? 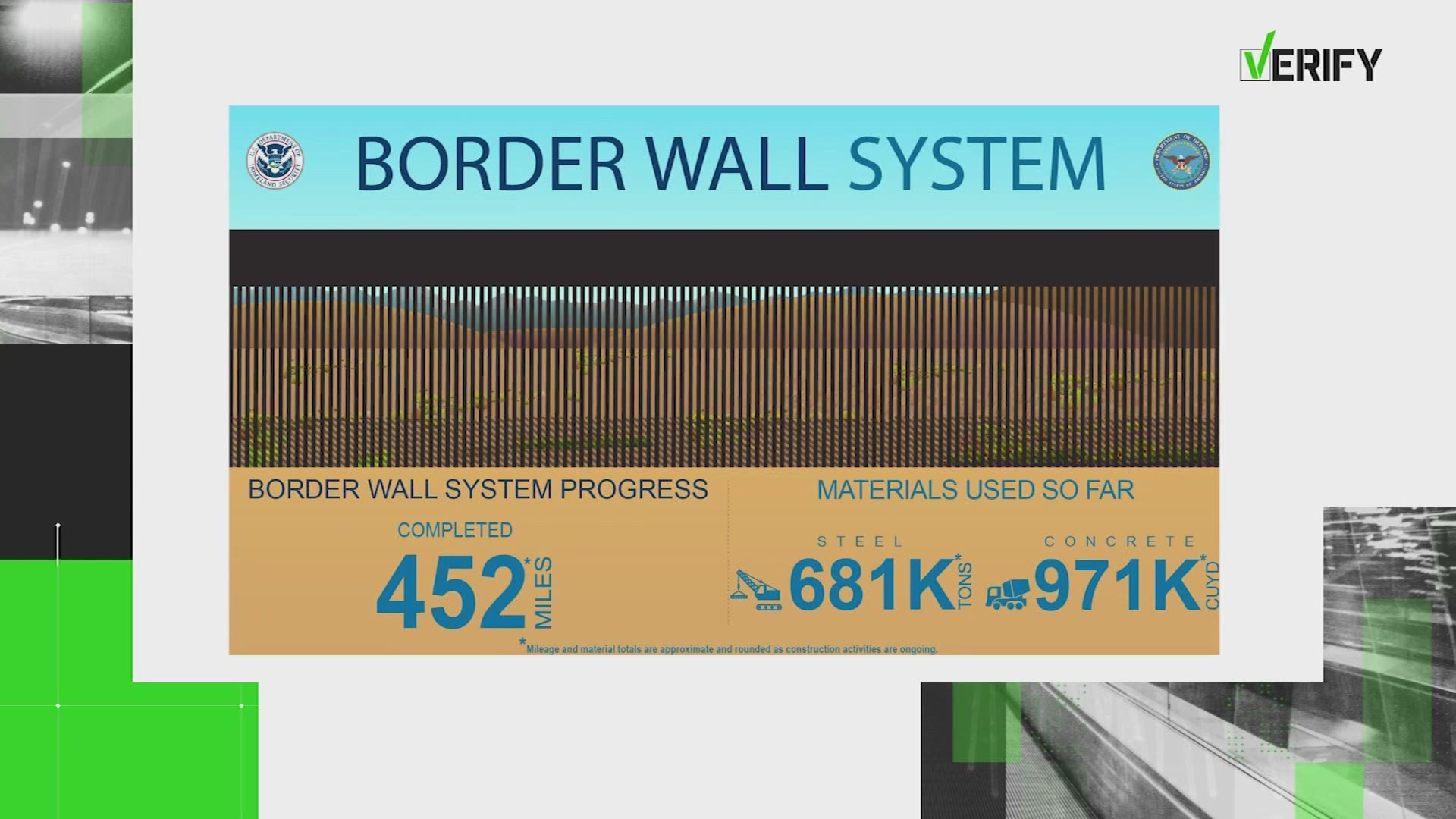 HOUSTON — In his first public appearance since the breach of the U.S. Capitol last Wednesday, President Donald Trump visited Alamo, Texas. It’s a small Hidalgo County town along the Rio Grande, which separates the U.S. from Mexico. In an audience of mainly U.S. Border Patrol agents, Trump celebrated the completion of 450 miles of his border wall.

Of the milestone, Trump said he's celebrating "the competition of the promised 450 miles of border wall. 450 miles. Nobody realizes how big that is."

U.S. Customs and Border Protection offers an interactive map of the massive construction project along the southern U.S. border with Mexico. As of Jan. 5, CBP reports that a total of 452 miles of border wall system have been completed with more than 681,000 tons of steel and 971,000 cubic yards of concrete.

KHOU 11 News Verified CBP and President Trump's claim, and while federal contractors were able to complete 452 miles of barrier, not all of it was built from scratch.

Our source is U.S. Customs and Border Protection. It released its latest Border Wall Status report on Jan. 8.

According to CBP, the U.S. has 771 miles of barriers along the southwest border. Under the Trump Administration and since January 2017, a total of 453 miles have been worked on.

The U.S. Office of Government Accountability released a report November 2020 for some members of Congress. The report confirms that a majority of the Trump Administration’s Border Wall System actually replaced dilapidated or outdated barriers constructed by previous administrations. Some of the barriers, like the wall, block pedestrians, while other barriers are designed to block vehicles.

The GAO sites the multiple steps the federal government must follow in order to acquire private land in order to build the border wall.

A look at this interactive CBP map confirms that the vast majority of the president’s border wall is still under construction or in a pre-construction phase in the Rio Grande Valley and across the southern border.

And, when you look at the chart above, you can see where border wall projects are pending. Texas, which boasts the most U.S. Border Patrol sectors along the US/Mexico border, has the least amount of border wall completed and the most pending.

CBP confirms that so far, $15 billion in federal funding from the Department of Homeland Security, the Department of Defense and the Treasury Forfeiture Fund will cover the costs of more than 700 miles of border security construction, as approved by the Trump Administration.

So, we can confirm The Trump Administration has completed about 450 miles of border security construction, but we can only VERIFY that claim with the context that not all of the border wall system was built from scratch, nor is an actual wall. 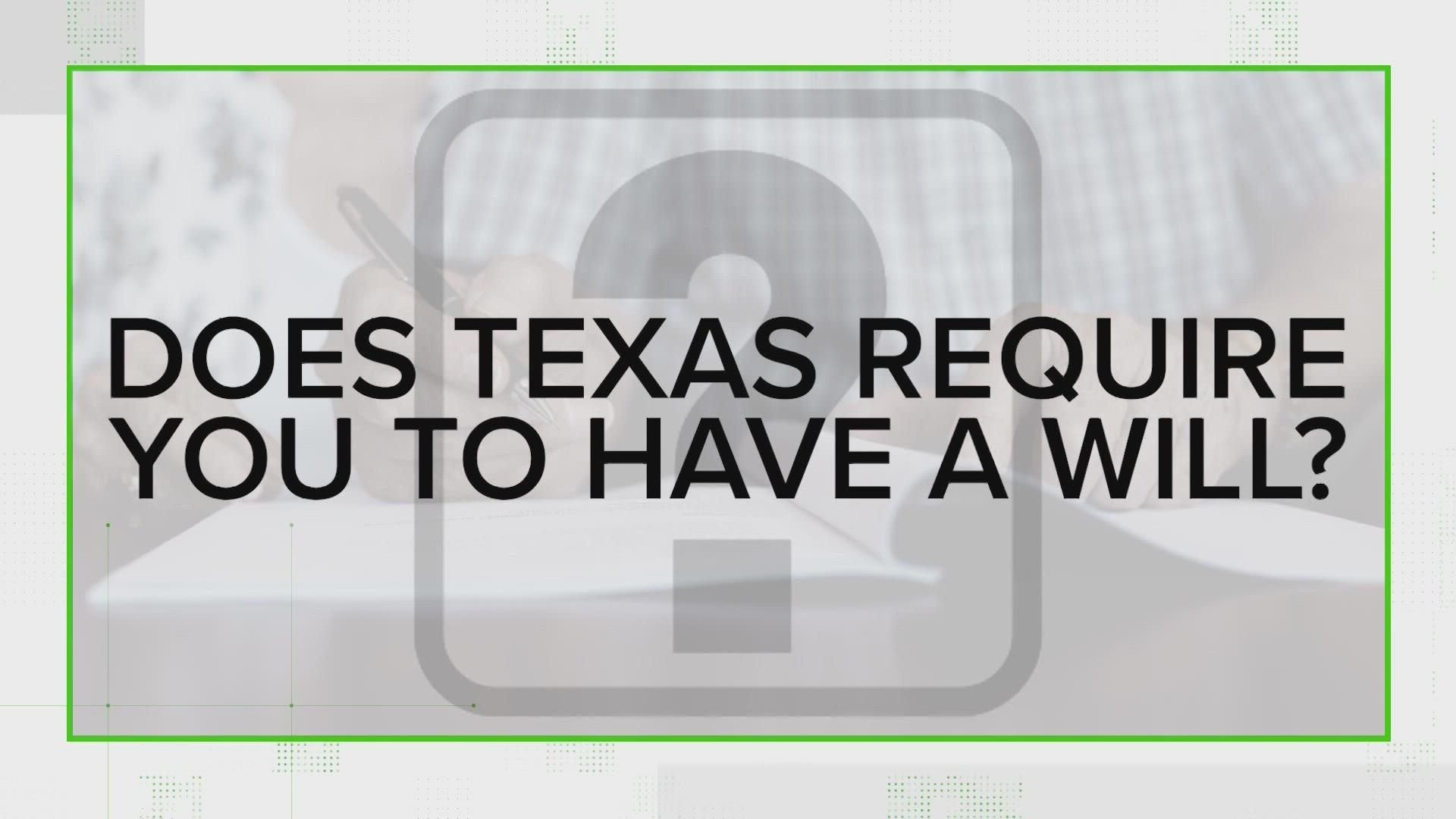 VERIFY: Does Texas law require you to have a will?