Texas is known for its delicious barbecue and tacos. But what about the wine? 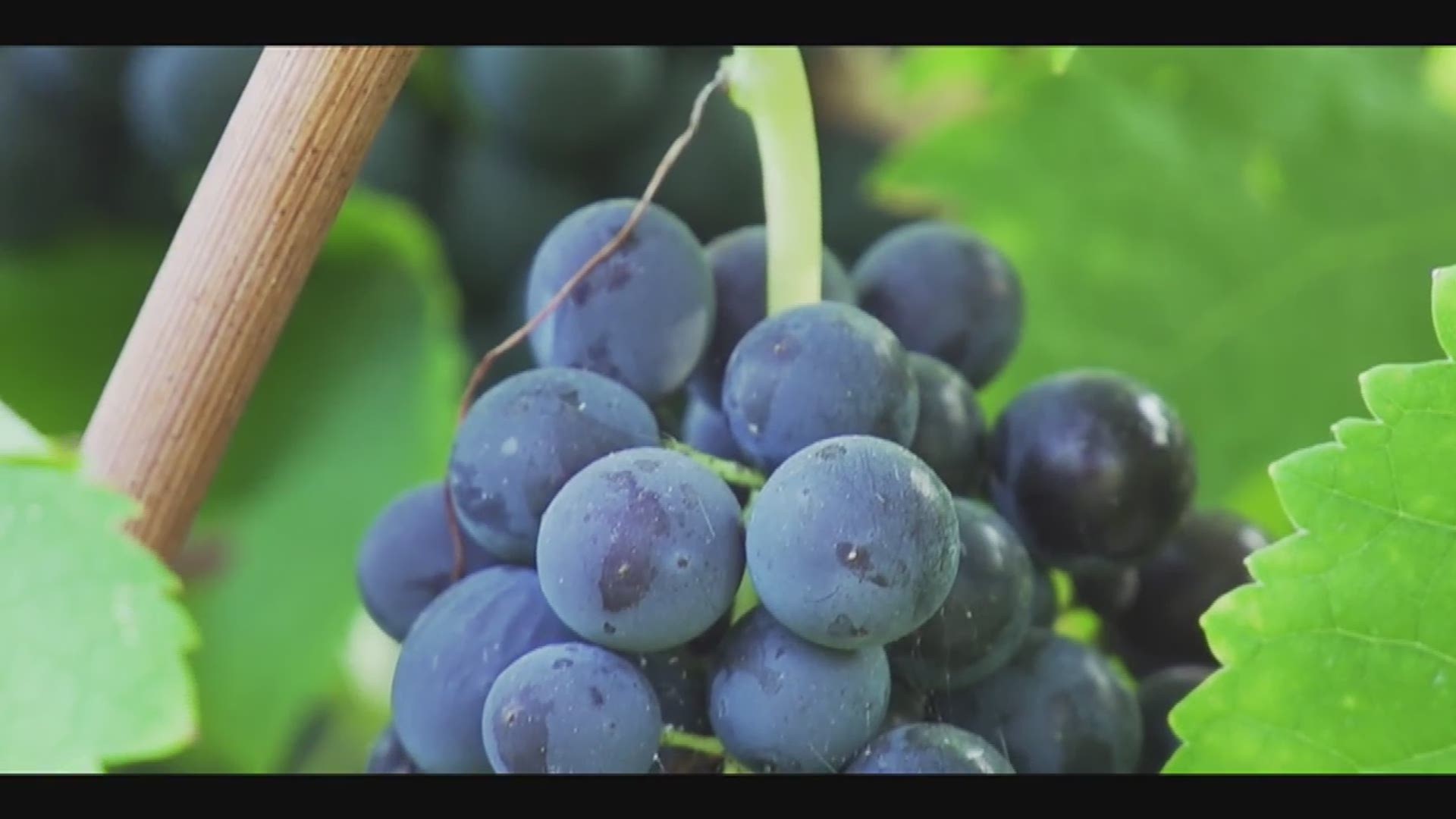 Tacos from Texas? Of course.

But wine from Texas?

I don't know anything about wine, so I can’t tell you if Texas wine is any good.

But I know how to find people that do.

So, let's start at Lost Oak Winery in Burleson. I'm harvesting grapes with Gene Estes, one of Texas’ pioneering winemakers who's won some international awards. He’s giving me a tour of his operation and showing me how to harvest grapes.

“Is this a profitable venture, to be into Texas wine? Are you making money?” I ask.

“I am now. It took me many years to get here,” Estes says.

The harvested grapes get crushed on-site, aged in barrels, and are then sold in the tasting room.

“Over the years, a lot of wineries and growers have learned the techniques. How to do it correctly. So, what's happened, especially in the last 10 years, is the quality level has raised dramatically on Texas wines,” Estes says.

Since Gene got his start, the Texas wine industry has really grown up.

Pop Quiz: According to Texas Wine and Grape Growers Association, how many wine producers do you think there are in Texas?

If, like Gene says, Texas can make good wine, then I want to know why. So, I went to see Andrew Snyder at Grayson College in Dennison. They grow their own grapes here and teach winemaking.

“I think most winemakers in Texas would agree that the best fruit, in Texas, is coming out of the high plains,” Snyder said.

I’m learning that the flat farmland around Lubbock is like the Napa Valley of Texas. It's one of eight grape growing regions in the state. Compared to places like Dallas, with an elevation of 430 feet, the elevation on the high planes is about 3,300 feet. Which means hot Texas days…but cooler nights. That gives grapes a chance to rest. It's where 80% of the state's grapes come from.

“Those high-quality grapes, in the hands of a great winemakers, are going to make some really high-quality wine,” Snyder said.

So, not surprisingly, Texans think they make good wine. Let's get an outsider’s perspective. I'm talking to Courtney Schiessl. She's a wine writer in New York.

“They're big and they're bold and they have structure. And I think that appeals very well to the American public,” Schiessl says.

“So you see potential?” I ask.

“I do see potential,” she says. “I think overall the quality does need to come up a little bit, as a whole,” she adds.

Ok, it's time to put Texas wine to the test, a blind taste test. Five Texas wines versus five from around the world.

“The price point would be $20-$35 a bottle,” Snyder tells me, who has agreed to run the competition.

We’re at Kozy Kitchen in the Lakewood. Snyder’s arranged three sommeliers as judges. They’re trained wine professionals. The wine is poured in a different room and brought to our panel. They're judging on appearance, aroma, taste, after taste and overall impression.

The results for Texas were mixed.

The wines of the world did better overall and easily took the top two spots. But if you drill down to third and fourth place, only a few points separated those wines. Though the bottom three wines were all from Texas.

“Does this mean Texas wine is on its way?” I ask our three sommeliers. “It does not suck,” says judge Julia Dixon. “It's not all grown-up yet,” judge Nick Pavageau says. “Going in the right direction and picking up the pace,” says Judge Ryan Tedder.

So, I learned the Texas wine industry is much larger than I thought. That the high plains is a legit grape growing region. And that the overall quality of Texas wines is mixed.

But if think Texas wine sucks, you're wrong. Got something you want verified? Send an email to david@verifytv.com