VERIFY: Are school board trustees paid?

A former Austin ISD school board trustee tweeted that trustees are not paid, despite their responsibilities. 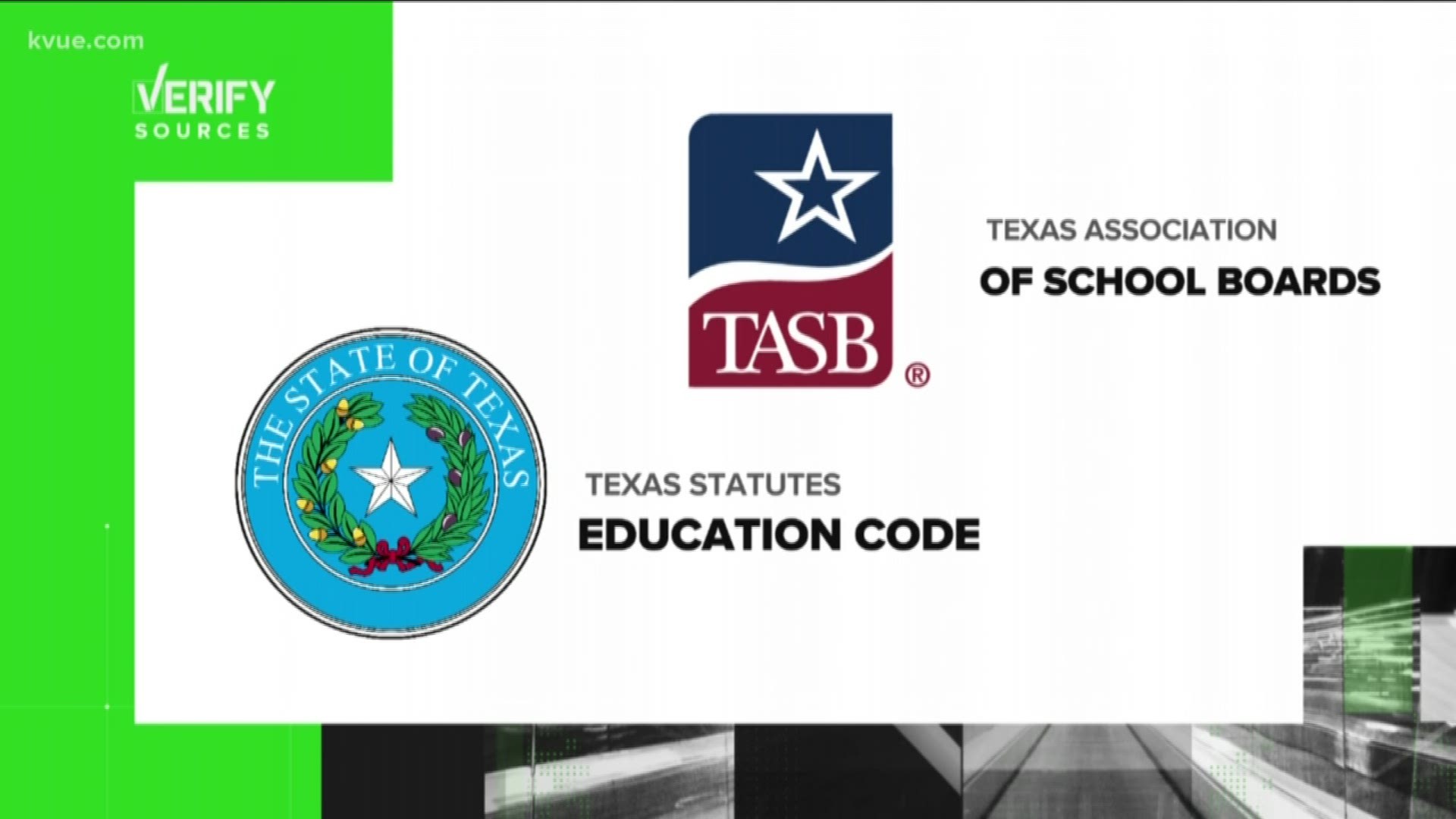 AUSTIN, Texas — Earlier this week, Travis County commissioners voted to give themselves a pay raise.

City council members get paid more than $76,000. But what about school board trustees?

To verify Saldaña's claim, KVUE talked to the Texas Association of School Boards (TASB) and referenced the Texas Education Code.

The code states "trustees serve without compensation." TASB said that is because school boards were created to be citizen representatives.

"To function in that role as laypeople, not professionals. Not paid, per se, like an administrator," said Phil Gore, division director for TASB's leadership team services.

Growing Facebook group lets teachers send gifts to each other

However, trustees are only getting more responsibilities.

"They really are huge," Gore said. "School board members as a collective, the board of trustees, oversees the entire school district. They provide oversight and governance. And so, in a large urban district, it's not unheard of that school board members are spending 30 to 40 hours a week or more performing their duties."

Saldaña said this can deter working-class people from serving, which can create a less diverse school board.

TASB said that is certainly something to consider.

"The system just wasn't created for this sort of 40-hour work week that some large districts tend to experience," Gore said.

As long as Texas law states trustees do not get paid, Saldaña's statement regarding compensation is verified.

20% of Austin’s recycling is contaminated. Here's what you should trash.