No, Branson, Bezos and their crews aren’t the first space tourists in history

While experts say the flights by Branson and Bezos are ushering in a new era of space tourism, the billionaires are not the first space tourists. 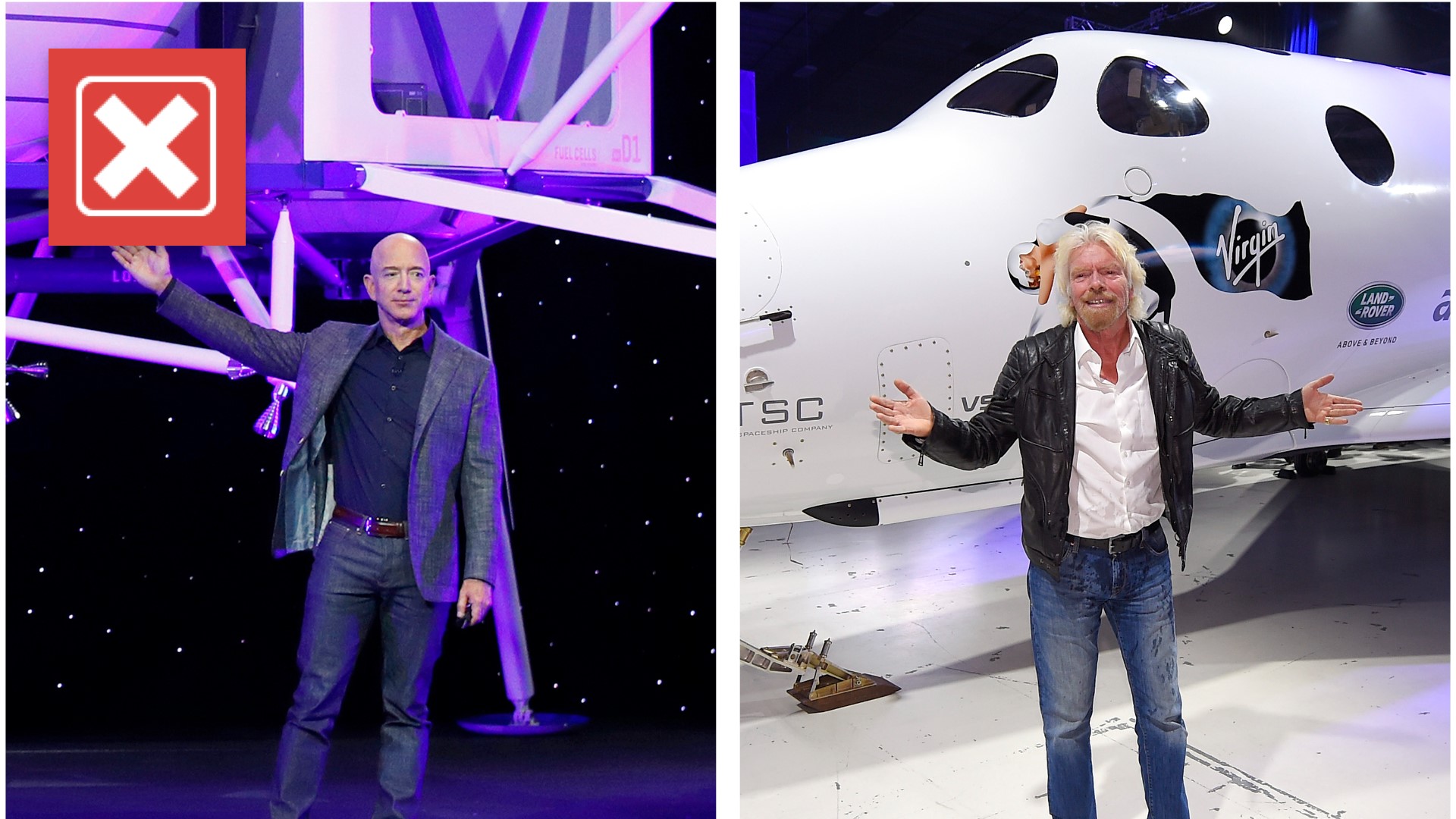 The billionaire space race is heating up. On July 11, entrepreneur Richard Branson flew into space aboard his own Virgin Galactic space plane. Amazon founder Jeff Bezos plans to fly into space on July 20 aboard a ship developed by his company Blue Origin.

Some experts say the launch by Branson and the expected launch by Bezos are the beginning of a new era of space tourism. Many are calling the flights “historic.” But what is the history of space tourism? The VERIFY team dug into it.

Are Branson, Bezos and their crews the first space tourists in world history?

No, Branson, Bezos and their crews are not the first space tourists in world history, though they are the first in U.S. history.

The history of “civilians” in space dates back to the 1980s, according to our experts. That’s when NASA developed a program to train non-career astronauts and send them to space. But they weren’t tourists; each had a task on the mission.

In 1985, Sen. Jake Garn took part in a space flight, followed months later by Congressman Bill Nelson. Both flew for political purposes, according to experts.

Then, in 1986, Christa McAuliffe, a teacher, joined the crew of the Challenger.

“She was to fly on that particular mission to perform a specific task which was to teach children,” space historian Dr. Roger Launius said. “And the idea behind this was, wouldn't it be great if we can inspire the next generation.”

After the Challenger exploded mid-flight, killing the crew, NASA paused the program.

Space tourism didn’t take off until 15 years later. In 2001, billionaire Dennis Tito paid a reported $20 million for a ride on a Russian spaceship to the International Space Station.

“It was for no other purpose than tourism,” Dr. Launius said.

Since then, roughly seven space tourists, according to our experts, have paid millions for seats on Russian space shuttles.

But it’s never happened in the U.S., making Richard Branson and his crew the first space tourists in American history.

Though there is one point of contention: did Branson actually get to space?

“It’s always going to be contentious,” Dr. Erik Seedhouse said. “There are two definitions of space.”

Branson’s Virgin Galactic flight reportedly reached 54 miles above earth, just past the 50-mile threshold that the FAA and NASA use to mark the start of space. But the international organization that regulates space and keeps official records, the Federation Aeronautique Internationale (FAI), sets the start of space at 100 kilometers, roughly 62 miles. It’s known as the Kármán line.

Jeff Bezos on July 20 plans to soar 66 miles up in Blue Origin’s rocket, New Shepard, and cross the Kármán line.

“There will always be an asterisk next to those flights, if you get below 62 miles and still try to call it space,” Dr. Seedhouse said.

Either way, experts say these private companies are changing the game for space tourism.

“This is about the normalization of spaceflight,” said Marco Caceres, a senior space analyst at the Teal Group.

“It's going to jump start an industry that really hasn't been particularly robust since the dawn of the space age, because it's been dominated by government. And government tends to be much more cautious,” Caceres said.

But space tourism is still reserved for those with deep pockets.

SpaceX -- which is owned by Elon Musk and focused on colonizing Mars -- is charging $55 million each to fly a group to the International Space Station next year. Blue Origin auctioned off their first ticket for $28 million. A one-hour trip on Virgin Galactic’s space plane costs a bit less -- $250,000 -- though the price should come down as more ships go up.

“The price isn’t based on the cost,” said Greg Autry, a clinical professor of space leadership, policy and business with Thunderbird School of Global Management at Arizona State University. “Every sign says the price will go up before it goes down… The price will come down when the market demand falls below supply.”

Autry predicts tickets for suborbital flights, like the ones Blue Origin and Virgin Galactic are making, will cost roughly $50,000 in five years. In 10 years, he says those tickets may drop to a few thousand dollars.

More from VERIFY: No, the U.S. Senate isn’t trying to give Blue Origin a 'bailout'

The VERIFY team works to separate fact from fiction so that you can understand what is true and false. Please consider subscribing to our daily newsletter, text alerts and our YouTube channel. You can also follow us on Snapchat, Twitter, Instagram, Facebook and TikTok. Learn More »