No, the president is not responsible for Social Security benefit increases

Social Security benefit increases have been automatically calculated based on inflation each year since 1975.

Credit: AP
This Tuesday, Oct. 12, 2021, photo shows a Social Security card in Tigard, Ore. Millions of retirees on Social Security will get a 5.9% boost in benefits for 2022. The biggest cost-of-living adjustment in 39 years follows a burst in inflation as the economy struggles to shake off the drag of the coronavirus pandemic. (AP Photo/Jenny Kane)
Author: Emery Winter
Published: 2:45 PM CDT October 18, 2021

On Oct. 13, the Social Security Administration announced Social Security benefits would increase by 5.9% in 2022 to account for inflation. The AARP says that this will boost benefits by an average of $92 a month next year.

Is the president directly responsible for Social Security benefit increases?

The SSA explains its cost-of-living adjustment, called COLA, is calculated by taking the percent increase in Consumer Price Index (CPI) from one year to the next. It’s calculated at the end of September, hence why the SSA announced it this month. If there’s no increase, then there isn’t any adjustment in Social Security benefits that year.

The Bureau of Labor Statistics describes the CPI as “the most widely used measure of inflation.” The measure is designed to show changes in the average price of common consumer goods. If the CPI is higher than it was the year before, then, on average, consumers have to pay more for the same things. If a person is paying more for the same things, then their cost of living is higher — and that’s inflation.

This COLA happens automatically each year as described in the Social Security Act under “Cost-Of-Living Increases In Benefits.” The SSA says this was enacted as part of the 1972 Social Security Amendments.

Prior to the Amendments taking effect in 1975, Congress had to set any Social Security benefit increases with legislation. The COLA increased benefits anywhere from 5.9% to 14.3% between 1975 and 1982, but until this year, benefit increases have not been that high. The largest increases since 1982 were in 1990 and 2008, when benefits increased by 5.4% and 5.8% respectively.

More from VERIFY: Yes, the US will start missing payments, including on Social Security, if it doesn’t raise the debt limit

The VERIFY team works to separate fact from fiction so that you can understand what is true and false. Please consider subscribing to our daily newsletter, text alerts and our YouTube channel. You can also follow us on Snapchat, Twitter, Instagram, Facebook and TikTok. Learn More » 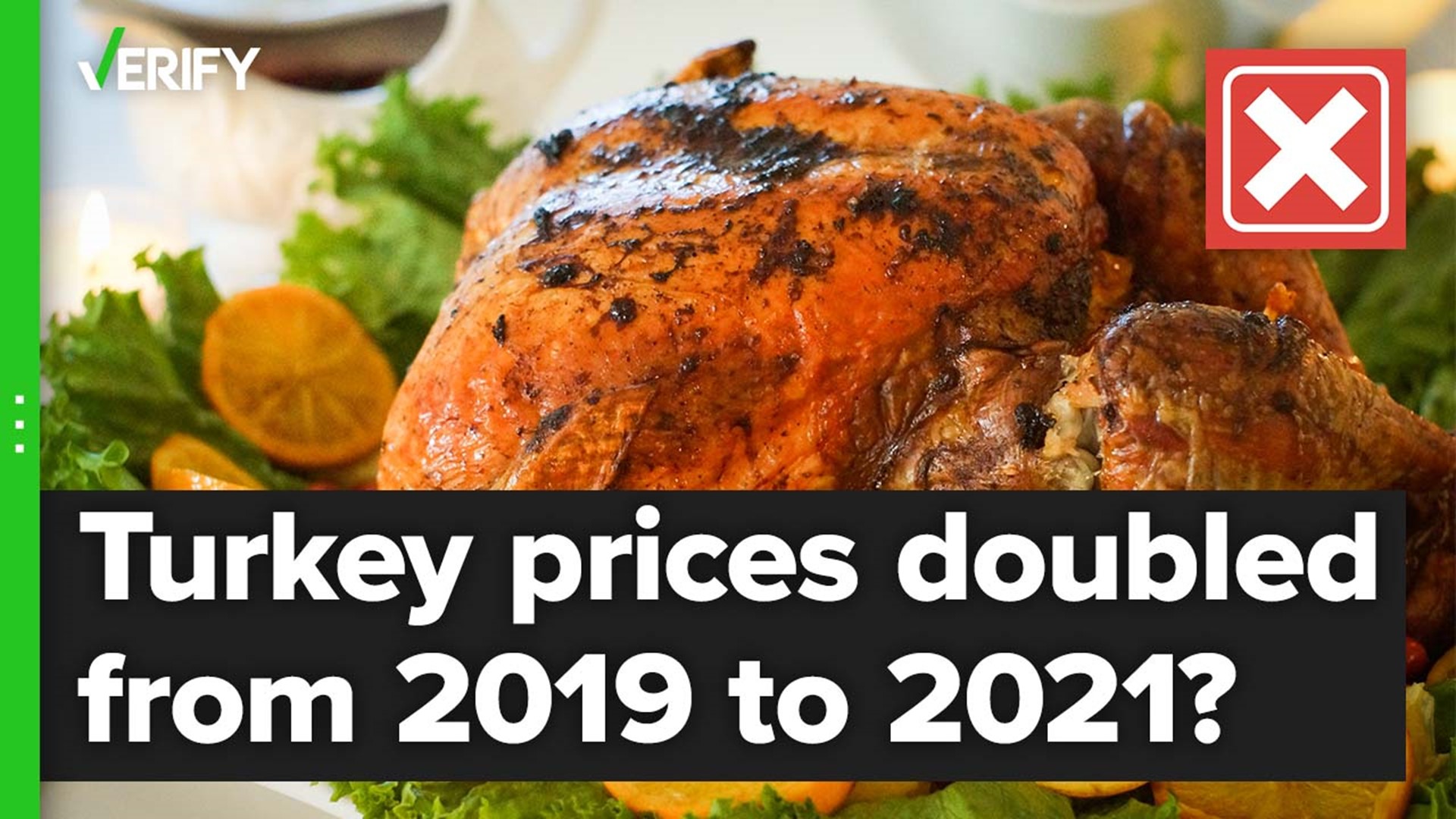 Yes, you’re probably paying more for a turkey this year than two years ago