VERIFY: How well does an electric car handle the grind of an epic road trip?

Can an EV do all the things a conventional car can? And are they really a silver bullet for fighting climate change? We spent 20 hours on the road to find out. 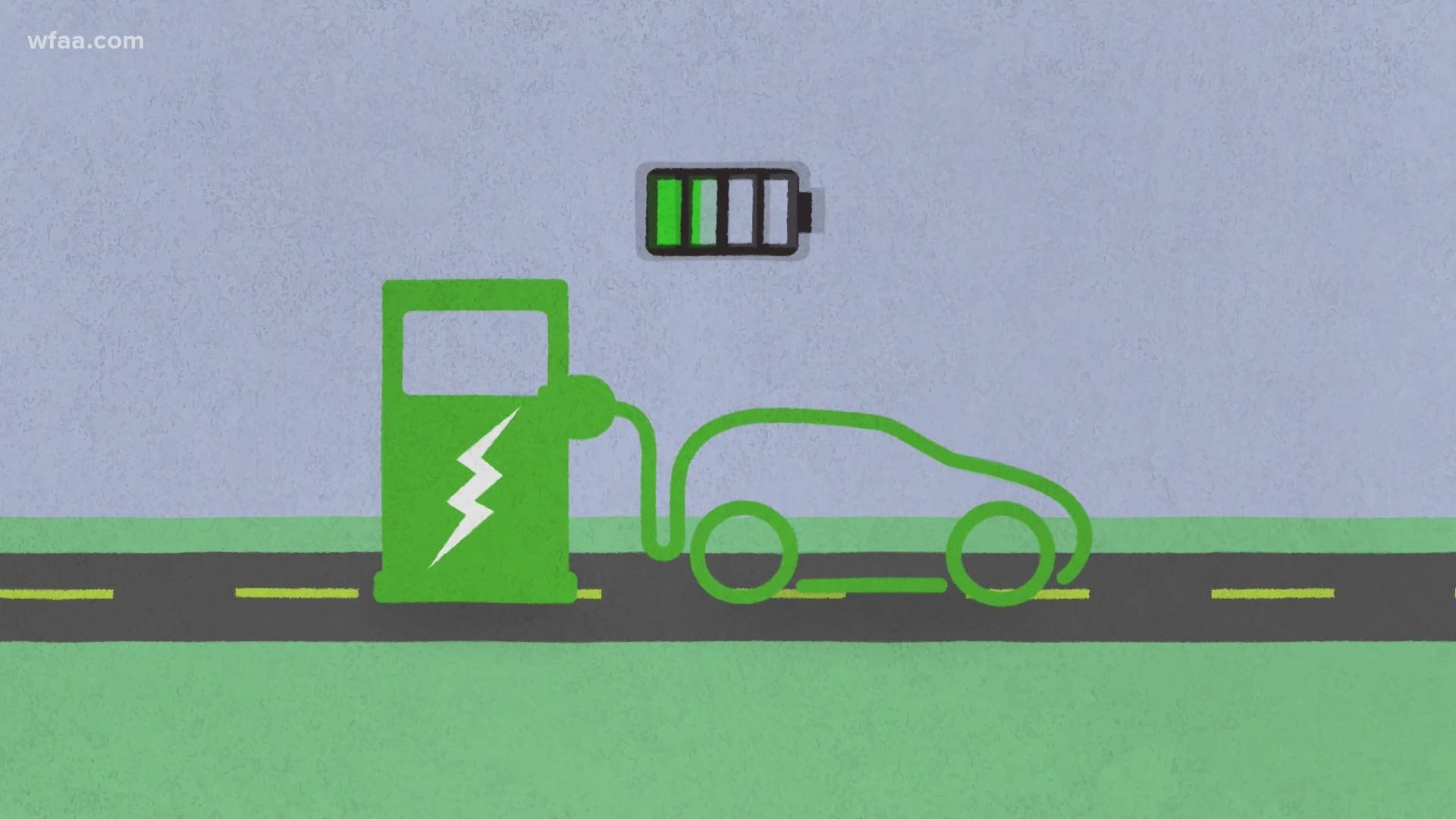 HOUSTON — Lots of people who buy electric cars believe they're making a difference when it comes to fighting climate change.

That’s one of the questions I’m asking on a 20-hour road trip around Texas in an electric car. I’ll be going from Dallas to Austin to Houston, then back to Dallas.

What I’m looking for is some real-world insight into how an EV handles the rigors of the road.

Credit: Chance Horner
Our 20-hour trip will take us from Dallas to Austin, Austin to Houston and then back home again.

We're in Austin to talk to Tom "Smitty" Smith. He's an environmentalist and the Executive Director of the Texas Electric Transportation Alliance. Smitty wants Texas to build a statewide network capable of charging a huge number of cars, semis and delivery trucks.

“We have several thousand chargers in Texas now. We're going to have to have 20 to 30 times more than that to be able to really build a network that seamless,” he said.

Today, Telsa has a nationwide network of fast chargers that take 25-30 minutes but only Telsa owners can use them. For the rest of the EV drivers, there are fast chargers out there but nothing quite so unified.

For example, on our trip across Texas, we found there’s just one fast charger between Austin and the Houston suburbs and it wasn’t working properly when we pulled up.

Why not wait for private companies to do all this?

Smith said 28 states are ahead of Texas in developing ways “to have border-to-border charging stations."

"If we don't act soon, we're going to be left behind economically,” Smith said.

Right now, electric cars make up 3% of the market. The question is, are the rest of us ready for this? That’s what I’m talking about with Eddie Alterman, Editor and Chief of Car and Driver Magazine.

I've been telling him about our road trip across Texas and why I chose the Chevy Bolt for this trip. It has good range – estimated by the EPA to be 238 miles, it's on the more affordable side. I'm finding, it has great acceleration. But what does Eddie think?

“Not sexy enough. You know this is a totally emotional business car,” Alterman said. “People want the car to say something about themselves. They want to look cool."

What is cool to Eddie and lots of consumers is a coming wave, next year, of electric SUVs and trucks, including an electric Ford 150 and an electric Hummer from GM. There are new companies ready to launch, like Rivian. And there's also the Tesla Cybertruck.

“I think the EV truck is kind of the best of both worlds. Because it says, ‘I'm rugged and I do things for myself. I'm not a knuckle-scraping troglodyte. That I that I'm actually part of this new future wave of what's to come,” he said.

OK, let's talk range. In the real world, we’re finding that we have to stop about every 140 miles to charge up to make sure we don’t run out. Alterman says that’s an issue for the entire category.

“Once you start pulling a trailer or putting bricks in the payload, what happens to the battery? Is it really up to the job that a working person would need it for?” I ask him.

“That's the sort of unanswered question. You know, we see EPA numbers for these vehicles that are really high. But when you're driving it in the real world. That number shrinks down quite a bit,” he says.

According to the Environmental Protection Agency, transportation is the largest contributor to greenhouse gas emissions in the United States. Mostly, we’re talking about carbon dioxide, which traps heat in the atmosphere and warms the planet.

Environmental groups such as the Sierra Club see electric vehicles as a clear way to reduce emissions. Some companies, including General Motors, are pledging to go all-electric.

When it comes to auto emissions, President Donald Trump rolled back Obama-era rules which pushed automakers to improve fuel efficiency of gas-powered cars. He also helped kill a $7,500 tax credit on the purchase of a new electric car.

But I want to know how big a difference electric cars really make.

For starters, the industrial processes required to build electric cars itself create pollution, Dr. Ramanan Krishnamoorti, the chief energy officer for the University of Houston.

“The part of making the electric vehicle, the motor, the battery. That is a highly energy-intensive process, and today much of that in energy comes from fossil energy,” he said.

The website CarbonBrief — a group that analyzes emissions data and looked at research from Europe — found on day one, the electric has higher greenhouse gas emissions because of the way its manufactured.

At the end of one year, emissions are about even. At two years, the conventional car keeps emitting, whereas the electric has a large advantage over time.

But how large depends on where the electricity comes from.

“When you're driving an electric vehicle aren't you burning coal in many instances?” I ask.

“When I charge up my car much of the electricity is coming from either coal or natural gas,” he said.

In Texas, 17% of our energy comes from coal and 41% from natural gas. But 23% of our electricity comes from wind, far more than any other state. And that's the electricity mix that charges an electric vehicle.

At the same time, improving battery technology means new electric cars are going further and further on a charge.

“Effectively, over a period of time, I could have an impact on climate change. Or at least slow down the pace of climate change, globally,” Dr. Krishnamoorti said.

Credit: Chance Horner
Electric cars may run cleaner but how much cleaner depends on the energy mix in the power grid.

Electric cars are great for city driving. But on our journey, we had to stop seven times on a 600-mile trip to make sure the vehicle stayed charged. And we were driving a car with what’s considered very good range.

Still, we learned a lot.

Like, Texas has a long way to go towards reliable charging, there's exciting things happening with new technology and vehicles, and when it comes to climate change EV's can be a major player in cutting greenhouse gas emissions.

Got something you want verified. Send me an email at david@verifytv.com