VERIFY: What North Texas utility workers and engineers do to keep homes along the Trinity River safe

The Trinity is the longest river that's completely inside the borders of Texas. There's a levee system along the river that includes man-made lakes to take on water 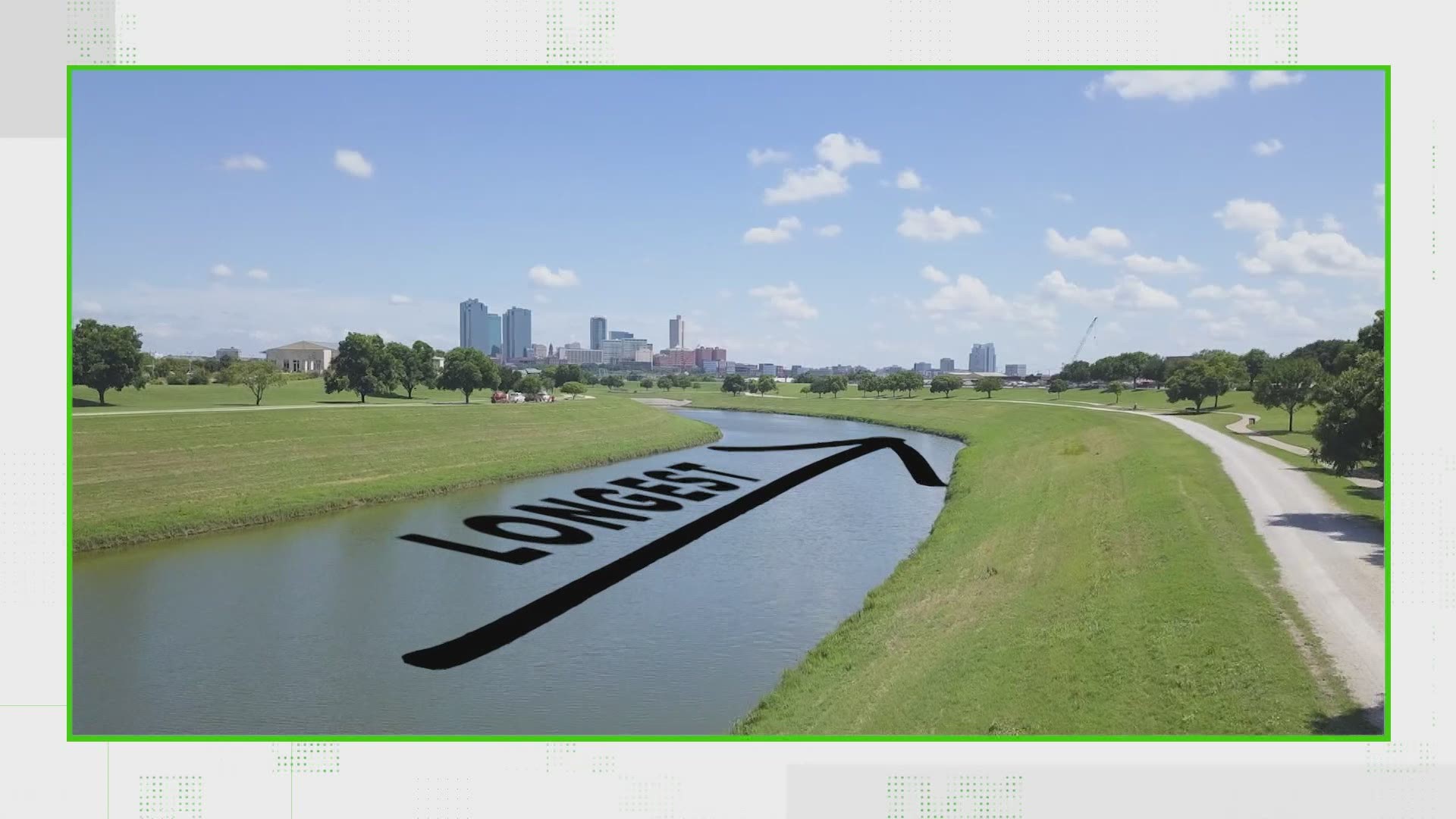 DALLAS — With the rain North Texas has received in the past couple of weeks, many viewers have sent WFAA questions related to the Trinity River and the dangers that should be considered when there is flood potential.

Can heavy rain put homes in danger near the Trinity River?

Heavy rain generally does not put homes in danger near Trinity River because of the area's robust levee system. However, there are situations that can result in localized flooding.

The Trinity River is the longest river that is completely inside the borders of Texas. Because of this, there is a levee system along the river that includes man-made lakes.

When there is a lot of rain, the levee system flows water from North Texas neighborhoods and residential areas into the river. Then, it goes into these lakes, keeping the Trinity River levels under control, and those living around the river safe.

"Given our levee system and the strength, height and maintenance that we do on that system, the likelihood that you're going to flood from the Trinity River is much less in Dallas than you may in your own neighborhood," Standifer said. "Our whole goal is to move that water as fast as we can off of you."

There are also pump stations around North Texas, which bring the water from outside the levees into the Trinity River.

There are about 200 people who work day-to-day on all of the water maintenance, according to Standifer. The people take both preventative and reactive steps when there is heavy rain.

"As water comes in faster than the system can take, we have crews that clear pipes," Standifer said. "We have crews that are watching bridges and culverts to make sure there aren't trees or trash cans or things that float into those areas that would cause you to have additional damage."

The Fort Worth District of the U.S. Army Corps of Engineers operates eight flood risk management reservoirs on the upper Trinity River, around North Texas.

The man-made lakes around the Dallas-Fort Worth metroplex have extra space built in to be able to carry extra water when there is heavy rain or flooding.

The Trinity River eventually empties out into the Gulf of Mexico, just east of Houston. So sending water downstream eventually into the ocean is also important.

These systems can't protect 100% of the time. There’s still the threat of flash flooding in extreme conditions.

"There are certain areas where you get so much rain, so quickly that it does flood certain localities," Church said. "Mother nature still has that last card, and if it rains too hard, too fast, it can overwhelm a city stormwater system."