March Madness comes to an end Monday, and no matter how it ends, the winner will be a first-time champion. 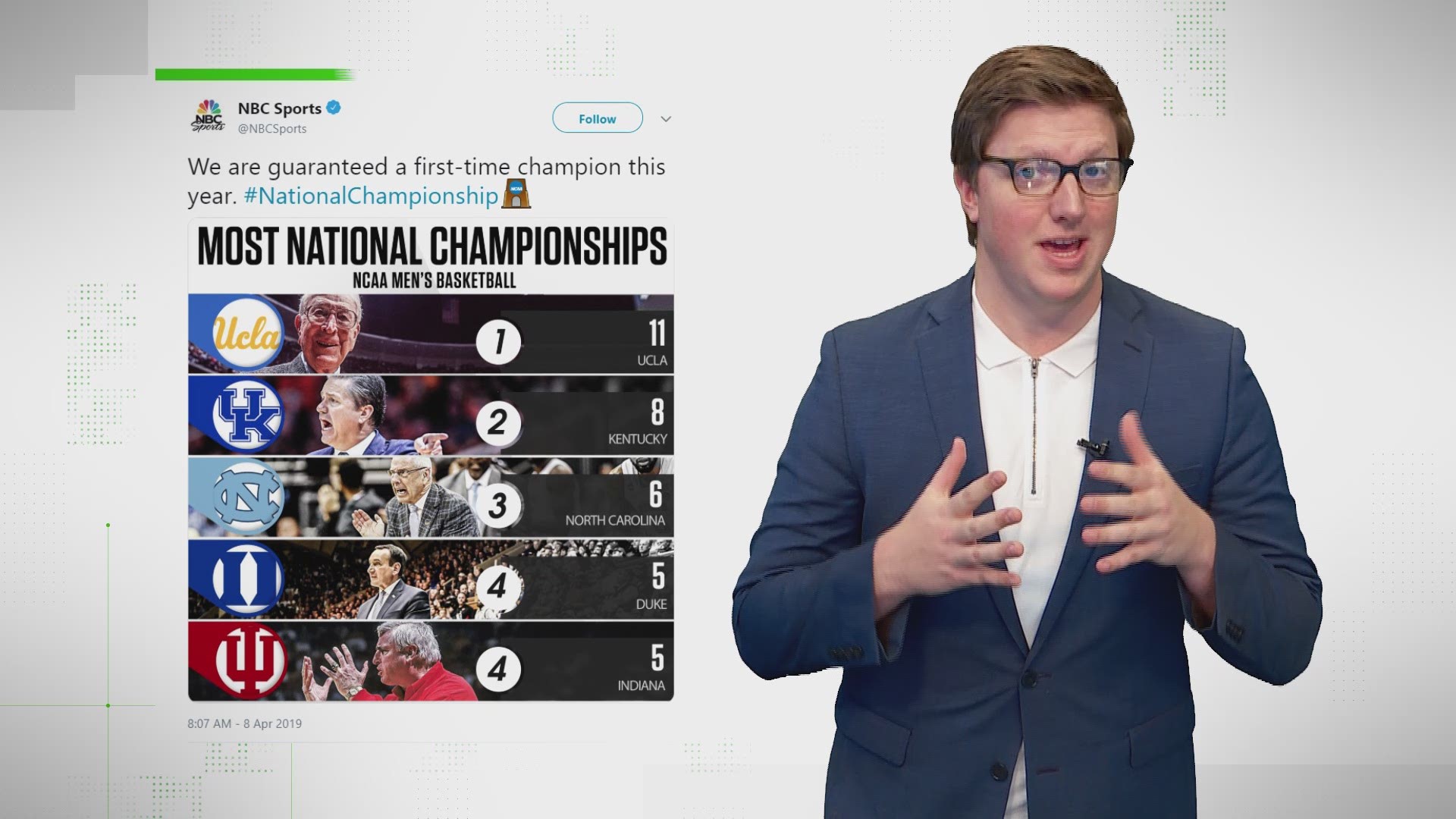 A first-time champion will be crowned tonight at the NCAA basketball national championship in Minneapolis, Minnesota.

At least, that’s what people are claiming.

There are a lot of fun facts and information people are posting about this year’s national championship game. Are they legitimate? Here’s what we found.

There will be a first-time national champion tonight.

This claim is VERIFIED. Neither team has even made it to the national title game let alone be crowned as champion.

According to their sports-reference page, Texas Tech’s deepest run in the tournament prior to this year was just last year when they made it to the Elite Eight. Before that, they never made it past their regional semifinal, now commonly known as the Sweet Sixteen.

The University of Virginia Cavaliers have made it to the Final Four once before -- in 1981 -- but have never made it further than that.

It’s worth noting UVa has finished undefeated once before, according to one of their seasonal factbooks. Sports-reference shows multiple teams went undefeated that year, but there was no national champion that season.

This claim is VERIFIED. It is the first time two national championship game newcomers have played each other for a title since 1979.

That search also shows that neither team in 1979 had previously played in a title game. The game that year was between Magic Johnson’s Michigan State and Larry Bird’s Indiana State, where Michigan State won.

This claim is VERIFIED. The same NCAA history shows that the last Texas team to play in the title game was Houston in 1984.

No team from Texas has made it into the national title game since Houston in 1983 and 1984.

The state of Texas has had significantly more success in women’s college basketball.

Baylor, which is in Texas, just won their third women’s title last night. In fact, Texas Tech themselves won the women’s national championship in 1993.

And while Virginia is a much smaller state than Texas with fewer schools, it should be mentioned Virginia has had even less success in college basketball than Texas.

Texas Tech is canceling their class Monday night and into Tuesday

ESPN
Classes are canceled for the National Championship at Texas Tech 🙌

This claim is VERIFIED. Texas Tech is canceling classes after 5:00 p.m. on Monday and all day Tuesday as a result of the national championship game.

The university tweeted a memo from the school’s president confirming the decision.

While their rivals may be canceling classes, it doesn’t appear the University of Virginia will be doing the same.