Set aside the black smoke, the dangerous firefight and the threat of explosion and you may be wondering: What's this tanker fire going to cost me? 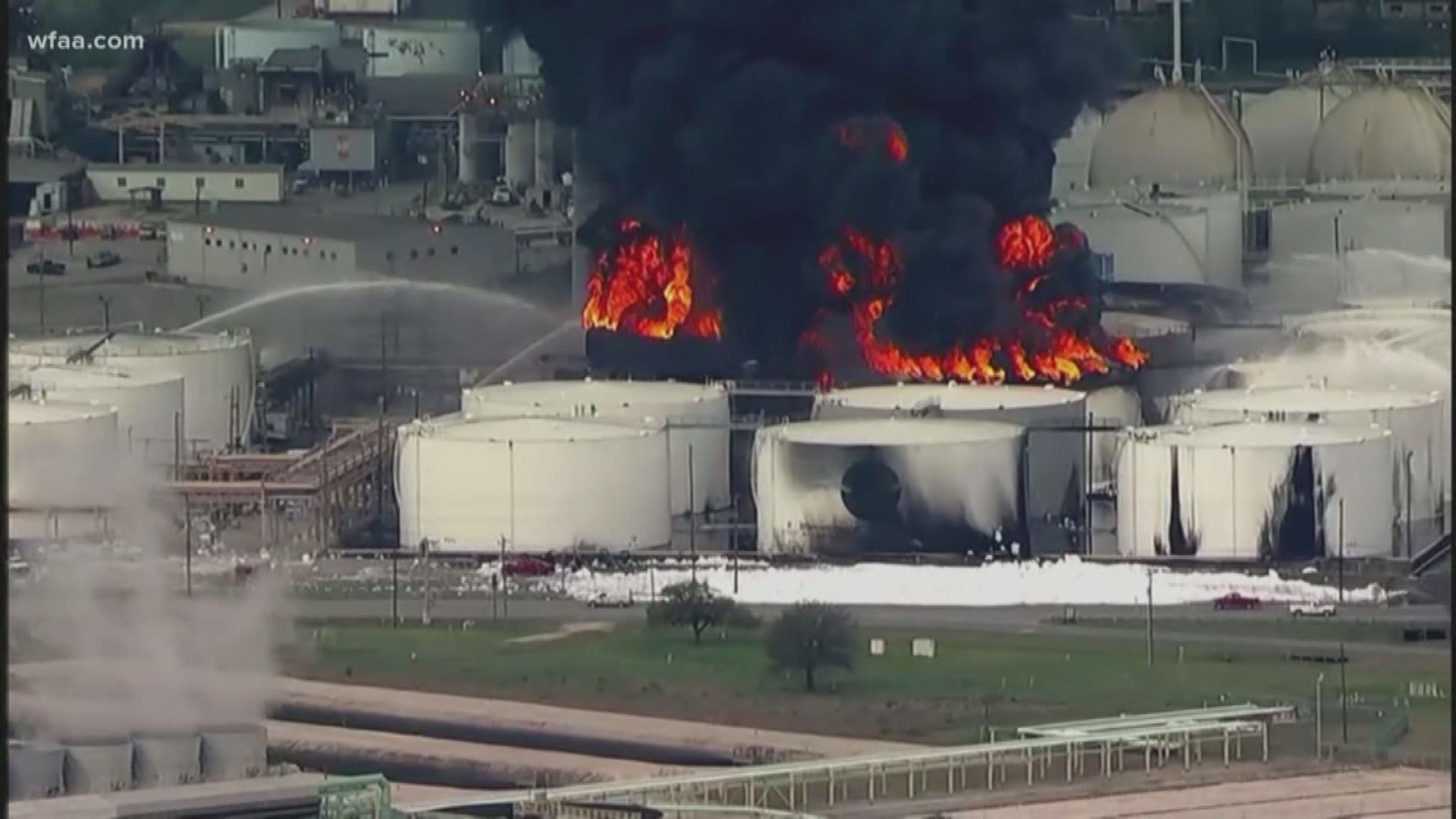 DALLAS — Set aside the black smoke, the dangerous firefight and the threat of explosion and you may be wondering: What's this tanker fire going to cost me?

For the answers we went to Texas Christian University Energy Institute's Richard Denne, Ph.D. We also checked the website for the Intercontinental Terminals Company, the company that houses the tankers.

“Most of my career was deep water Gulf of Mexico,” Denne said.

Denne is a former Exxon geologist, executive scientist at Marathon Oil and the current director of the TCU Energy Institute.

“The amount of material that is under fire right now is not a significant amount compared to the refining capacity in the Houston ship channel area, so I don’t think it’s going to have much more of an impact than it already has," Denne said.

Denne says that in the grand scheme of things, this fire shouldn’t impact gas prices, making our initial claim false.

“Two of the tanks contain solvents toluene and xylene, so those don’t really have an impact on gasoline,” Denne said.

Only eight of 242 tanks have been impacted — and those 242 tanks total 13.1 million barrels of capacity.

Now, the real work is on the emergency responders who continue the effort to put this fire out.

“I wouldn’t be surprised if there is still some remnant of fire going on at the end of the week,” Denne said.