Verify: Red light cameras may lead to more accidents. Is this true? 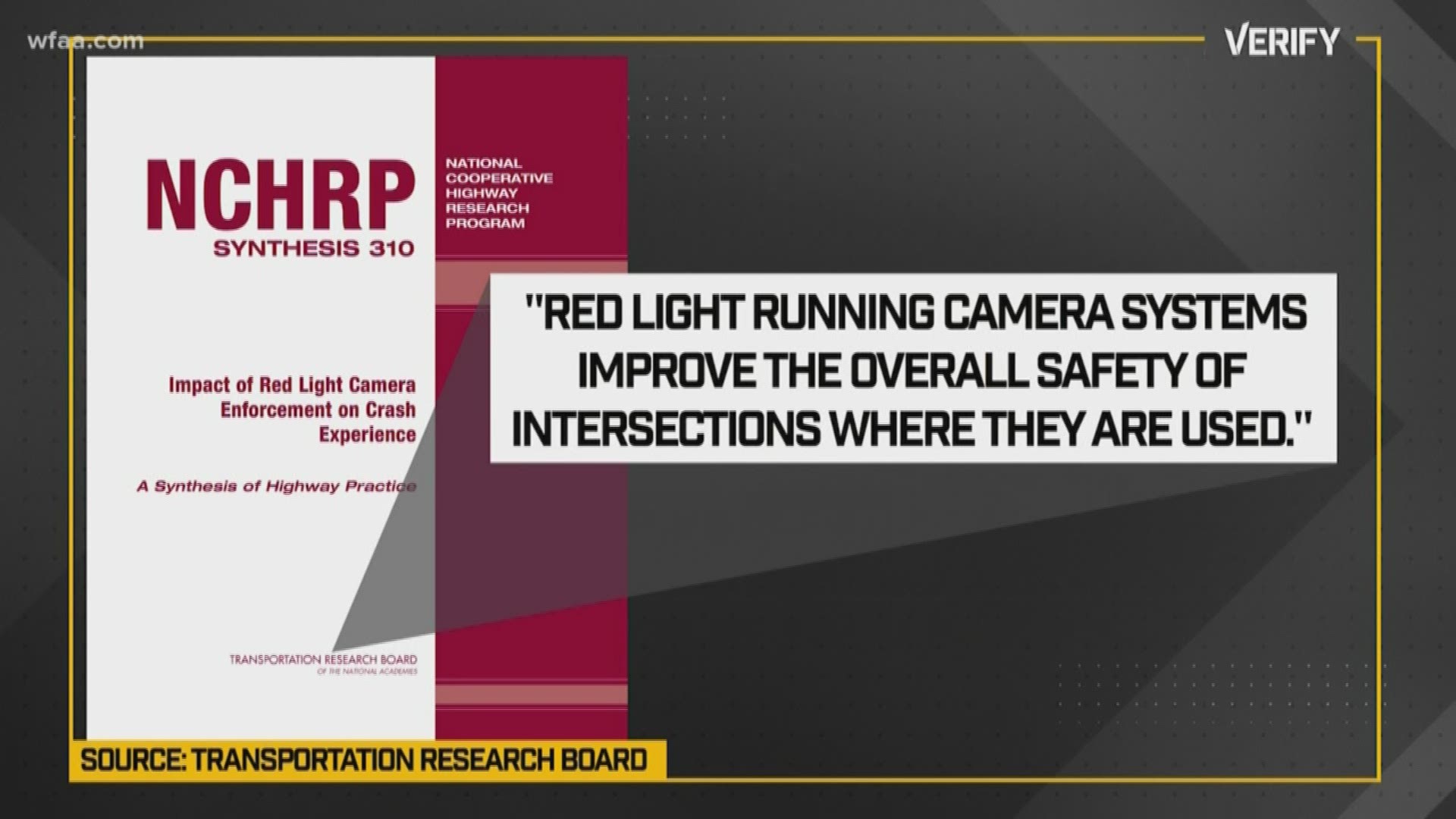 For Abbott, in part, it's a safety issue saying they may lead to more accidents. Is that true? Here's what he told me during a recent interview with WFAA:

"According to studies that I've seen, these red-light cameras actually increase the number of tail end accidents that are happening. I think the better solution is just good old-fashioned law enforcement."

More rear-end accidents because of red light cameras, that's what he's saying. What studies is Abbott talking about? This document from his campaign links to a study by Case Western University in Ohio.

That study looked at 12 years of data, in Texas, and concludes: Red light cameras do lead to more fender-benders, like rear-end crashes, from drivers slamming on the breaks trying to avoid a ticket.

Let's look at the bigger picture with three research papers.

So, back to Abbott's claim. Is it true that red light cameras may increase the risk of rear-end wrecks?

Got something you want verified? Send me an email to david@verifytv.com