Bevo's owners say no drugs are involved when the Longhorns' mascot is in loud environments. 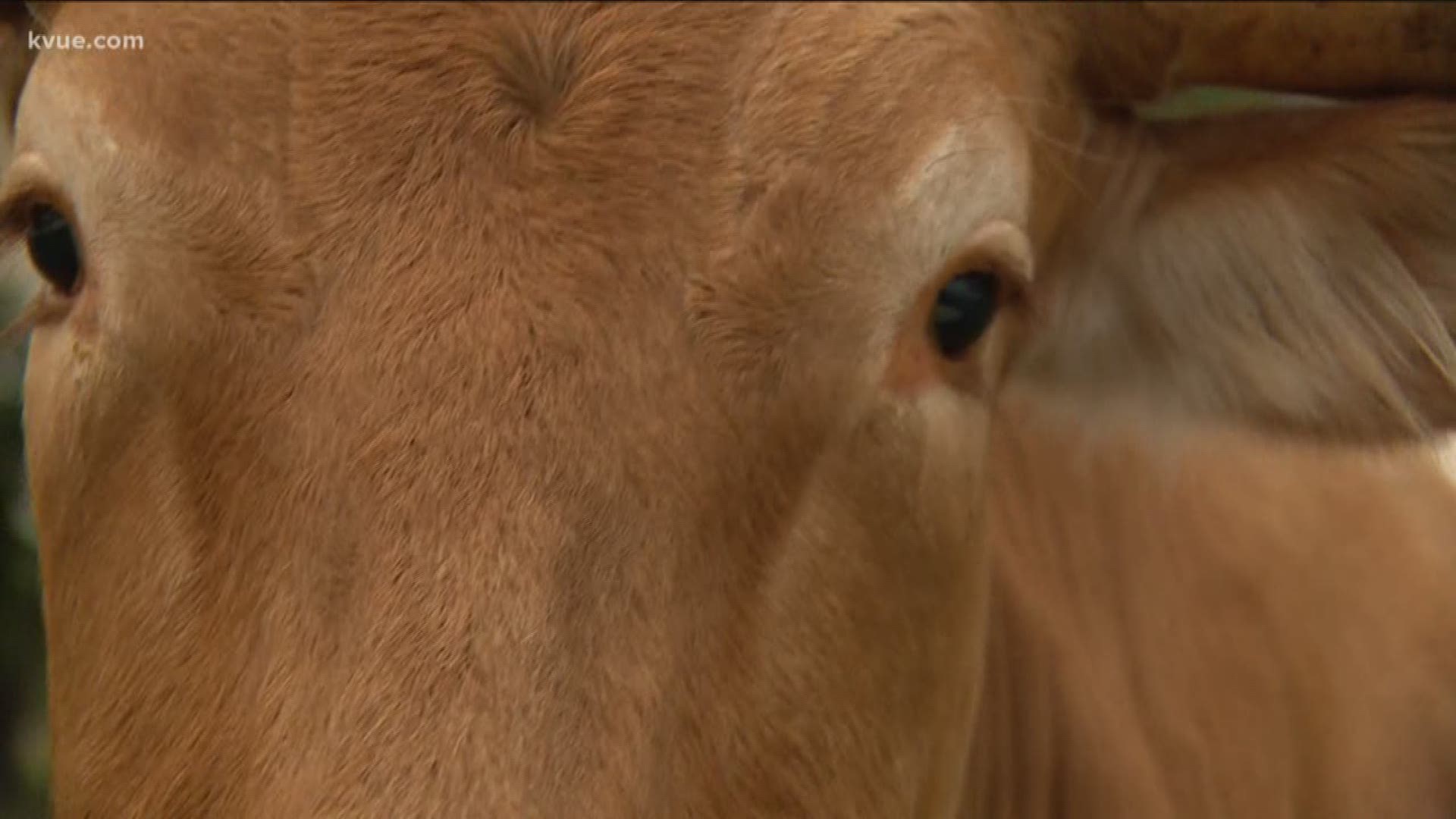 AUSTIN, Texas — After an incident where Bevo, the Texas Longhorns' mascot, charged at the Georgia Bulldogs' mascot Uga, people took to social media talking about how Bevo looked "drugged up."

So, do Bevo's owners drug him before the games?

The answer is no, Bevo was not drugged before the game. The famous mascot's owners said they do not drug him, they just raise their cattle to be comfortable around people and noises.

A painting of Longhorns' mascot resides in NOLA historical district

John and Betty Baker are the owners of Bevo and have owned the last three Texas Longhorn mascots.

They teach their steers early on how to stay calm in loud environments, like the Superdome in New Orleans.

“There's never been one cc or one ml of medication given to any Sunrise Steers since 1988,” said John Baker.

The Bakers said they make sure their steer are prepared for the loud environments that could bring surprises by letting them be around an environment that has loud noises when they are young.

“We have trained this little guy. We’ve shot guns around him -- popped balloons around him,” said Betty. “You don't want to get one that's already got a mindset. It's kind of like a teenager. If you started with a teenager and started disciplining a teenager instead of working at it while they're young, it's kind of the same theory here."