Verify: Is a brewery still 'local' after it sells to Big Beer?

But did you know, big beer companies are buying up some of your favorite local breweries? 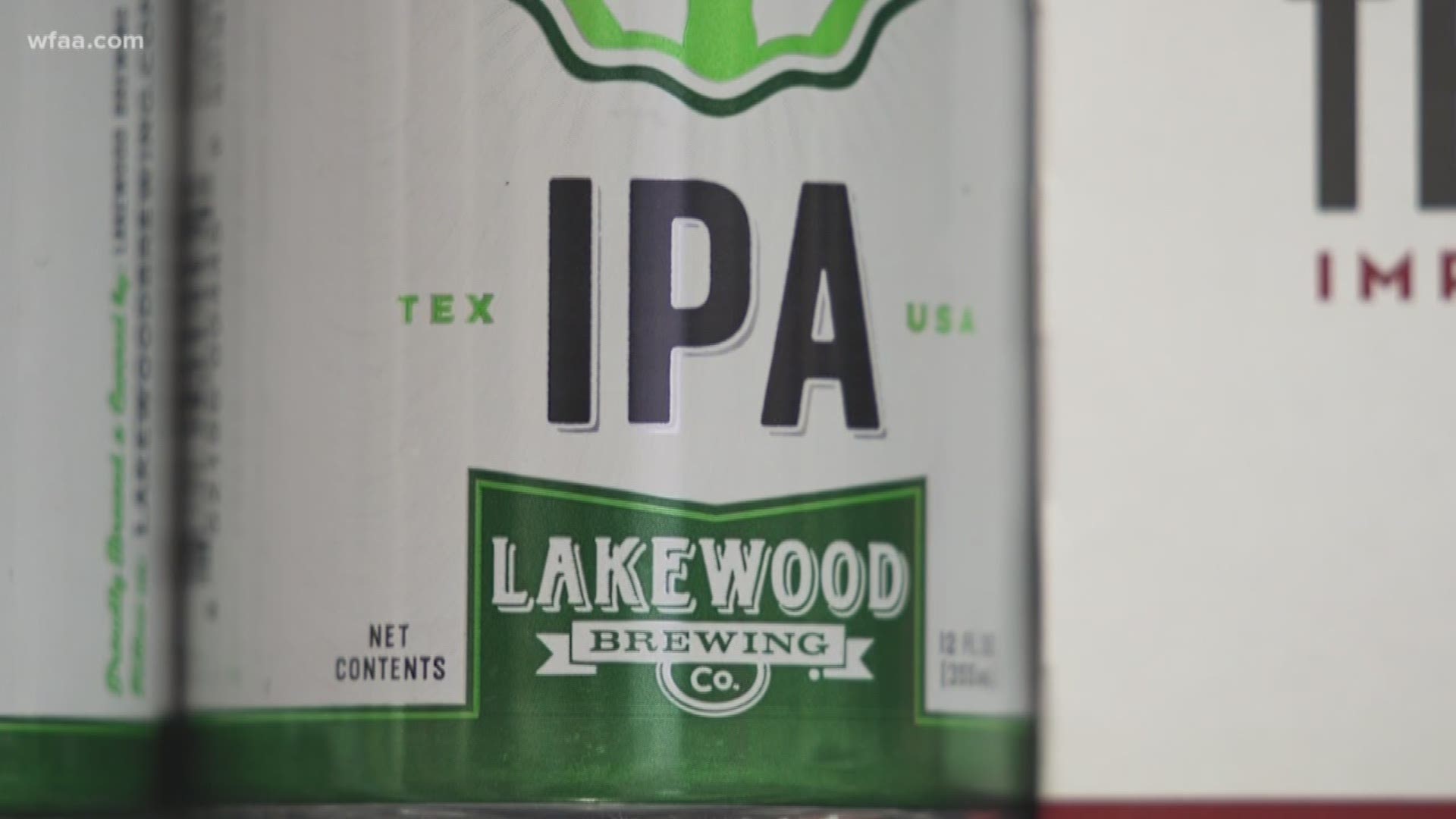 At specialty beer stores, like Lonestar Beverages in Carrollton, owner Rick Ali is showing me he has an entire cooler full of North Texas beer.

“Zero to 10—10 being very exciting—how exciting of a time is it for people who want to drink local beer?” I asked him.

“Ten, by far," he replied. "There's never been a better chance to try a whole bunch of new stuff."

But did you know that big beer companies are buying up some of your favorite local breweries?

Karbach, from Houston, was purchased by the owner of Budweiser. In Dallas, the maker of Corona owns Four Corners. And Revolver, in Granbury, is now owned by MillerCoors.

When that happens? Is that beer still considered local?

They're putting me to work at Peticolas Brewing Company, in Dallas. I'm learning to mix malted wheat with water with a rake. It’s physical work.

Michael Peticolas started this place back when there were hardly any breweries in North Texas.

“Craft beer worked to make 'Big Beer' the devil, almost," he said over a beer in his taproom. "Everything they're doing is wrong. Everything we're doing is right. Our beer is better."

Passionate beer drinkers agree. Research from The Nielsen Company found that 45 percent of all beer drinkers "believe local is an important factor in the beers they purchase," and they're willing to pay more for it. Michael's telling me that's why giant brewers are buying local breweries.

“Having spent all this time saying, 'We're not those guys,' and now you're actually competing against those guys, in your own space, does that suck or what?” I asked him.

“Yes, totally," he said. "And trying to battle the resources those guys have. Is that billboards? Is it radio ads? Is it TV ads? Is it greater weight with distributors? To use your words, yes, it sucks."

Michael is a craft brewer, by the definition of the Brewer’s Association. He's small, uses traditional or innovative ingredients and is independently owned. He says "Big Beer" is intentionally blurring that definition.

“You're being tricked sometimes into thinking you're supporting local," he said. "When you're not supporting local. That's been deliberate. That's part of their overall strategy. Let's market ourselves as if we are craft when we are not."

A Visit to Revolver

I'm with Rhett Keisler now, a co-founder of Revolver. We're touring his Granbury facility. It's five times bigger than Peticolas.

They're famous for Blood and Honey, one of the first big, local craft beers.

“That is such a good beer,” I said as Rhett and I drink a Blood and Honey on the brewery floor.

After MillerCoors bought Revolver in 2016, the brewery lost its craft beer distinction because it's no longer independently owned.

“Are you guys still local?” I asked.

“It depends on how you define local," he replied. "If by local you mean we exist here in our community and hire people here and that money goes back to the community, nothing has changed there."

“Has someone taken our recipe and cheapened it up and done something nefarious with it? No, it's not,” Rhett said.

Backed by the resources of MillerCoors, Revolver bought a million-dollar canning line and grew distribution into other states. You can now buy it in convenience stores and chain restaurants.

“How come craft beers that are acquired don’t say who owns them on the beer? Your beer doesn't say, owned by MillerCoors,” I asked Rhett as our interview concluded.

“I don’t know," he said. "Revolver is a separate company inside MillerCoors and we make it here. For me, it's more accurate to say we made it right here."

So, what's the conclusion on how to define local beer? Well, by the broadest definition, if a brewery is here it's technically local.

But what I learned is people who are passionate about craft beer want something brewed by the little guy. And when you're owned by "Big Beer," you can longer be considered craft beer. So, the spirit of the word local no longer applies.

Got something you want verified? Send me an email at david@verifytv.com