Verify: College voters might be fired up, but will they impact the election?

Polls are alright. But on a college campus, there's more than one way to gauge interest in the U.S. Senate race between 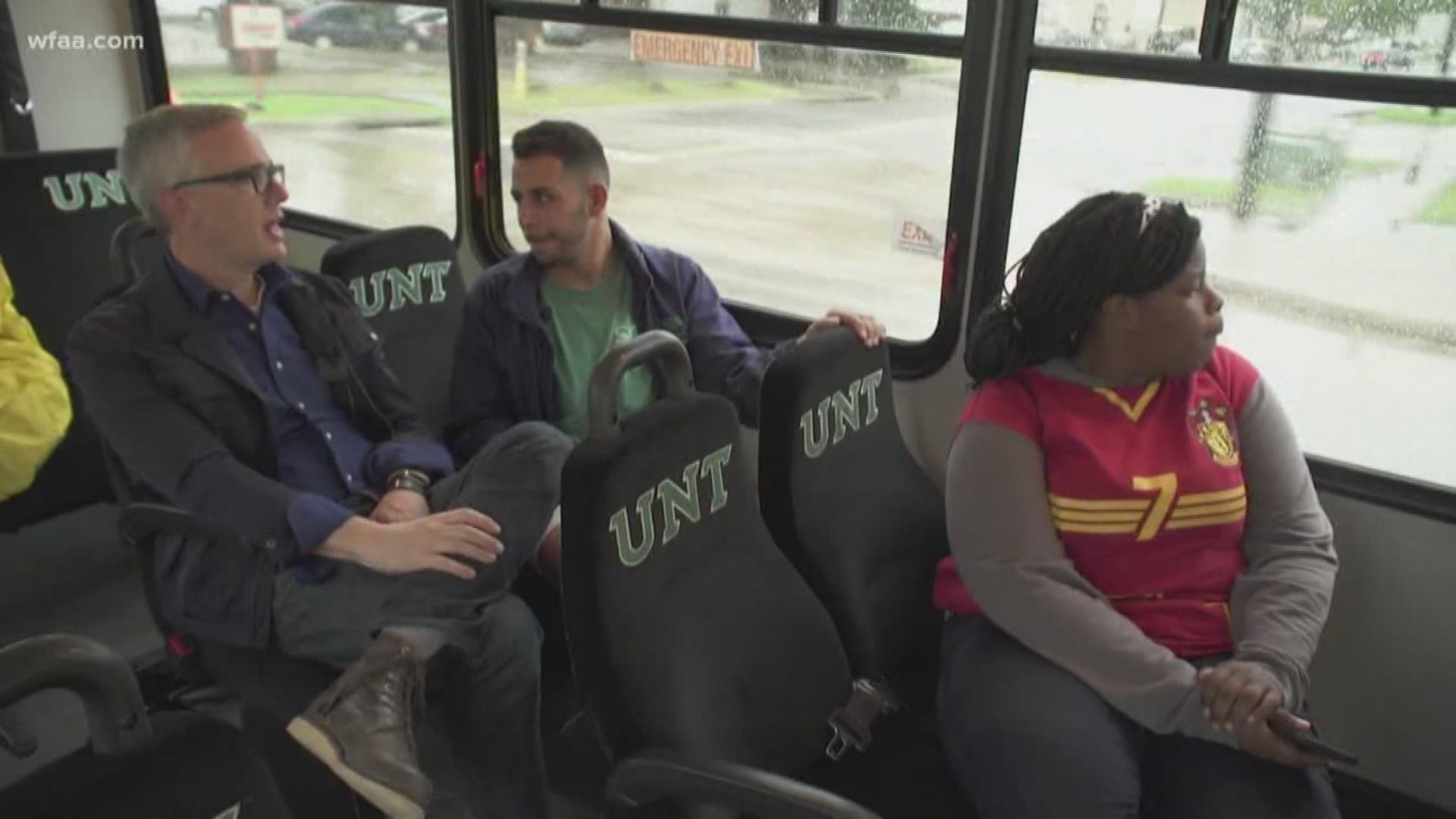 But on a college campus, there's more than one way to gauge interest in the U.S. Senate race between Sen. Ted Cruz and Rep. Beto O'Rourke. There's the bathroom graffiti index.

“This might be a strange thing to say but I was in a bathroom once and I looked at the graffiti and almost half of it was about the senate race,” Grayson Sumpter is telling me. He’s the Vice President of the SMU Campus Democrats.

So, college kids are fired up. But will college voters impact the election?

Muhammad Kara, is the student government president at the University of North Texas. Along with several groups on campus, he organized a shuttle bus services that takes students from the union to an early voting site that's a few miles away.

“A lot of students were complaining they didn't have a ride, a way to get there. So, we decided to make a way they could vote and take away that excuse of I can’t go, I don't have a car,” he tells me as we ride the bus together.

On college campuses, this year, student groups of all stripes have organized around voter registration and early voting. But how different is the climate on campus for this election?

Dr. Kimi King is a professor of political science at UNT.

“I've been here for 25 years, and have not seen the kind of interest that we've had here,” she tells me.

“Historically, have youth voters ever made a difference?” I follow up.

“No. The revolution did not happen. And it was not televised. It did not occur,” she says.

What the Numbers Say

So much for youthful optimism.

Let's look at historical data about youth voting from the United States Census Bureau. Participation of young voters, age 18-24, is a bit of roller coaster. But since 1964, it's generally below 50%. And far lower than older age groups. In fact, voters over 65 tend to vote at over 70%.

Still, this report, from Tufts University, did find, from 2012 to 2016, turnout increased among college voters from about 45% to a little over 48%.

Dr. Kim says, where young voters are most effective is not in deciding elections but in changing society's opinions on issues like legalizing marijuana or marriage equality.

“The energy that the millennials bring to that that issue by raising it with their parents, grandparents, and changing souls and hearts and minds that's where I think they will have a greater impact,” Dr. King says.

SMU is known as Republican-leaning campus. Colin Smith leads College Republicans club here and they're excited getting out the vote for Cruz.

“Do you feel like you have a strong, grassroots organization here?” I ask him.

“I do. I feel we have an incredibly strong grassroots organization. We have a high participation rate, given our roster and our roster is growing every, single day. We're very happy with participation level,” Smith says.

But overall, college kids vote for democrats? A new poll from Harvard finds, of voters 18-29, who say they are likely to vote 24% are Independent, 43% are Republicans and 54% are Democrats.

“Do I think the possibility is there? Oh, absolutely,” says Dr. King about the potential impact of the student vote. “It's that we've been hearing the younger generation has been going to make a difference for 3 to 4 decades and it hasn't happened. I'm skeptical,” she added.

So, will college voters impact the election? In terms of their votes, history says "not likely." In terms of their passion, you can already feel that. Got something you want verified send me an e-mail at david@verifytv.com