If you live in Fort Worth, you might want to take a look at this UT Southwestern life expectancy study

A UT Southwestern analysis of state health records and death statistics details life expectancy in Texas down to the ZIP code you live in. 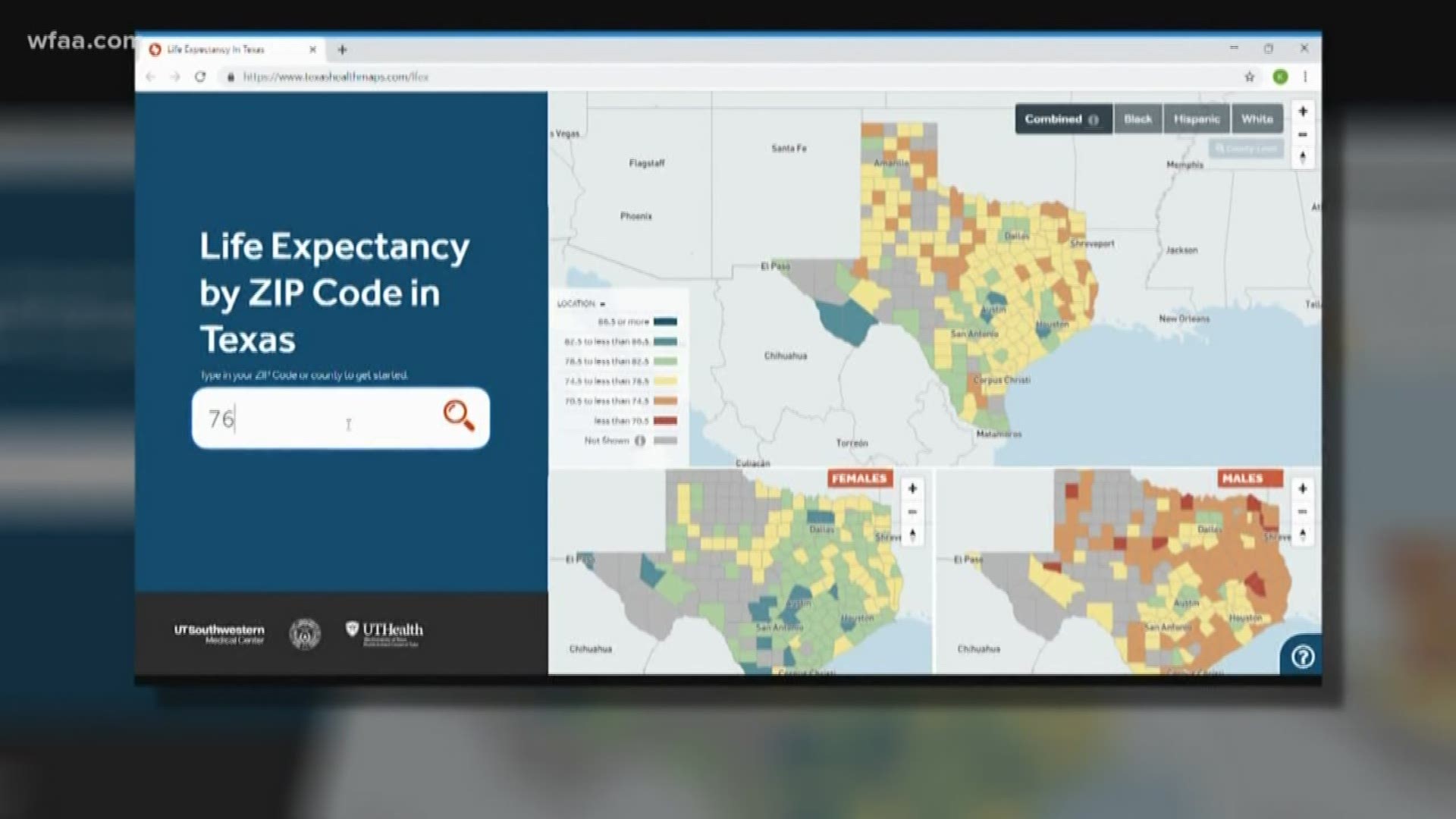 FORT WORTH, Texas — A study about life expectancy in Texas has a very surprising north Texas result.

The lowest life expectancy in the entire state is in Fort Worth.

UT Southwestern Medical Center scientists calculated and mapped life expectancy by gender and race/ethnicity down to the ZIP code level across the state and found the shortest life expectancy, 66.7 years, in the 76104 ZIP code.

That area includes the Medical District and the Southside, Hillside and Morningside neighborhoods.

"That's remarkable that happened right here in our own metropolitan area," said Dr. Sandi Pruitt, Assistant Professor of Population and Data Sciences at UT Southwestern and the lead investigator of the new study. "I think intuitively some people might think life expectancy would be lower maybe on the border or in a rural area, and in fact, that was not the case. It was right here in Fort Worth."

Why is Fort Worth ranked the lowest? The ZIP code includes multiple medical facilities and also some neighborhoods with poverty and crime levels well above the Fort Worth average. But researchers say that isn't part of their study, that the causative factors are actually outside the scope of the study. Researchers say that by supplying the raw data they hope government and agencies will be armed with information that highlights potential problems and areas to improve.

"We knew that where you live is predictive of health, but the degree of variation that we observed in this study was really striking, down to the ZIP code level," Pruitt said.

"This study sheds important new light on the issue of health disparities," said Dr. David Lakey, Vice Chancellor for Health Affairs for The University of Texas System. "Overall disparities by gender or racial groups are significant, but to truly impact health we need to understand where the disparities are most severe, and to recognize that there is immense geographic variation even within groups."

The new analysis and interactive mapping tool, where you can input your own ZIP code to see detailed life expectancy results, uses data from the Texas Department of State Health Services (DSHS) Center for Health Statistics 2005-2014 death records.