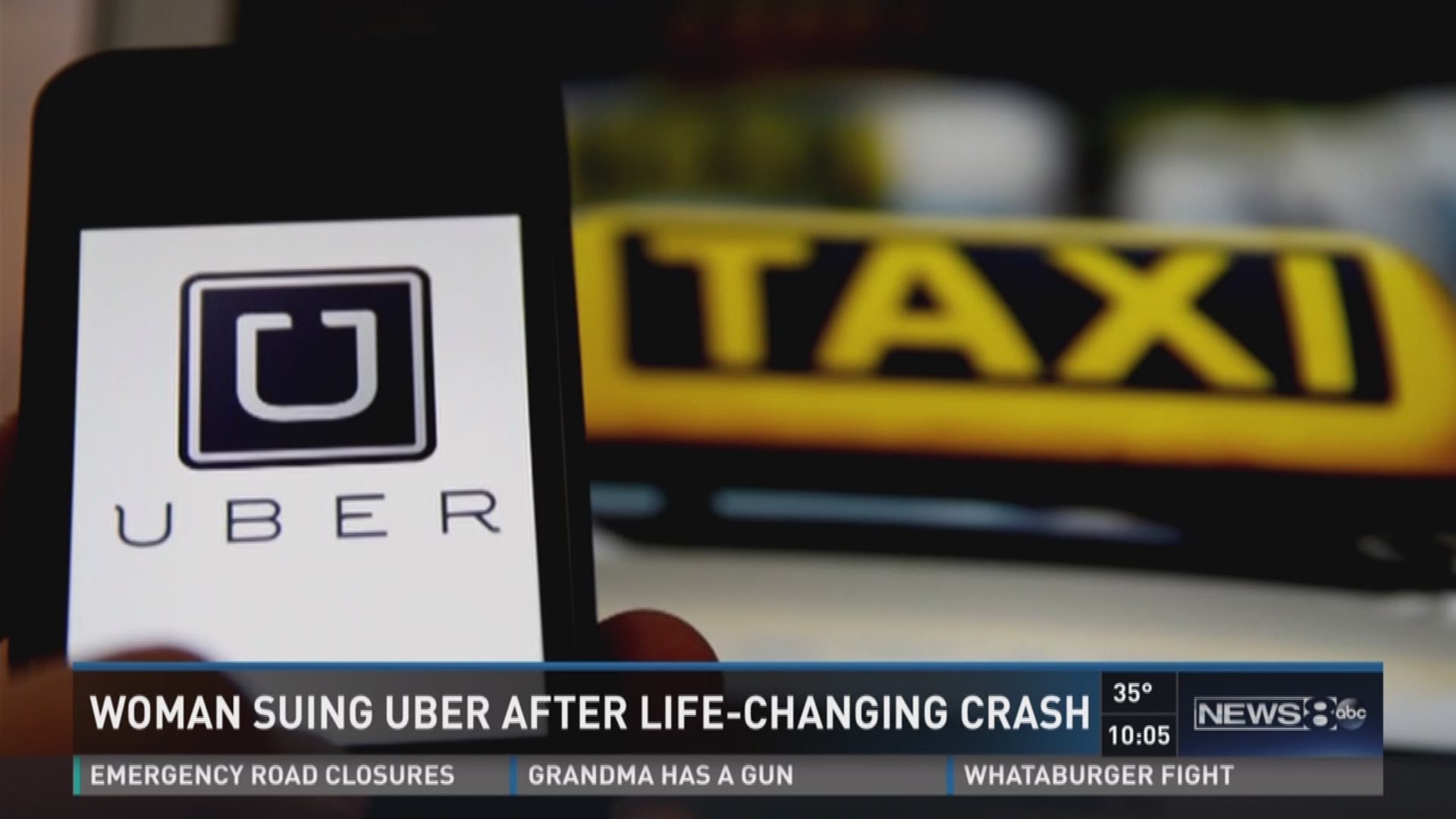 The taxi alternative, Uber, promotes itself as being dedicated to rider safety. But that claim is being challenged by a University Park woman whose Uber ride tragically changed her life.

23-year-old Sarah Milburn was out with her friends, club hopping in Uptown, doing the responsible thing.

Not driving, but Ubering, from one place to another. "I really believed it was safe," said Milburn. "You call an Uber if you're drinking. That's the safe option." Their Uber driver turned out to be 38-year old Arian Yusufzai.

His minivan, a 2011 Honda Odyssey, seemed perfect to carry the party of six. "I never gave any thought to the quality or caliber of individual who was driving that car," said Milburn. "I just put my faith in the company and the belief that it was safe because they kind of market themselves that way."

The Uber website is filled with claims about rider and driver safety. Milburn was so conscientious that night she wore her seatbelt in her position seated in the back seat.

No one was really paying attention to the driver either as he cruised through the red light at the intersection at McKinney and Fitzhugh. They were broadsided by pick-up who had the green light. The Uber van with Milburn in it rolled over twice. "I remember being upside down hanging with the seatbelt and looking at the roof," said Milburn. "We were upside down and I couldn't move." Now, one year later, she can move her arms and legs, but only with the help of cutting edge and very expensive technology.

Sarah is a quadriplegic with only minimal use of her hands.

Her burden is made heavier by her belief that Uber, the company, could have done much more to ensure her safety.

According to a lawsuit filed by her family the Uber van she was riding in was not insured. And that driver, he had been arrested numerous times for various run-ins with the law. Charla Aldous is the family's attorney. "This is a billion dollar company, billions and they are making all this money advertising they are the safe drivers," said Aldous. "And yet our children are getting in the car with drivers that have not even been basically screened for criminal backgrounds."

Even the van was owned by someone else. The lawsuit alleges Uber has been sued and has settled many times before, accused of similar unsafe operations.

Uber officials have declined all comment due to ongoing litigation. Sarah Milburn, on the other hand is eager to talk saying she has a story to tell....of how life can change in the blink of an eye, and how claims may not always be as advertised.

"I thought I was going to graduate, and start a job and live in Uptown," said Milburn. "I was just going to be a typical "20-something" and everything changed."