Two zebras dead after escaping from owners in New Braunfels

Two zebras were on the loose Wednesday, but they were both returned to their owners and later died. 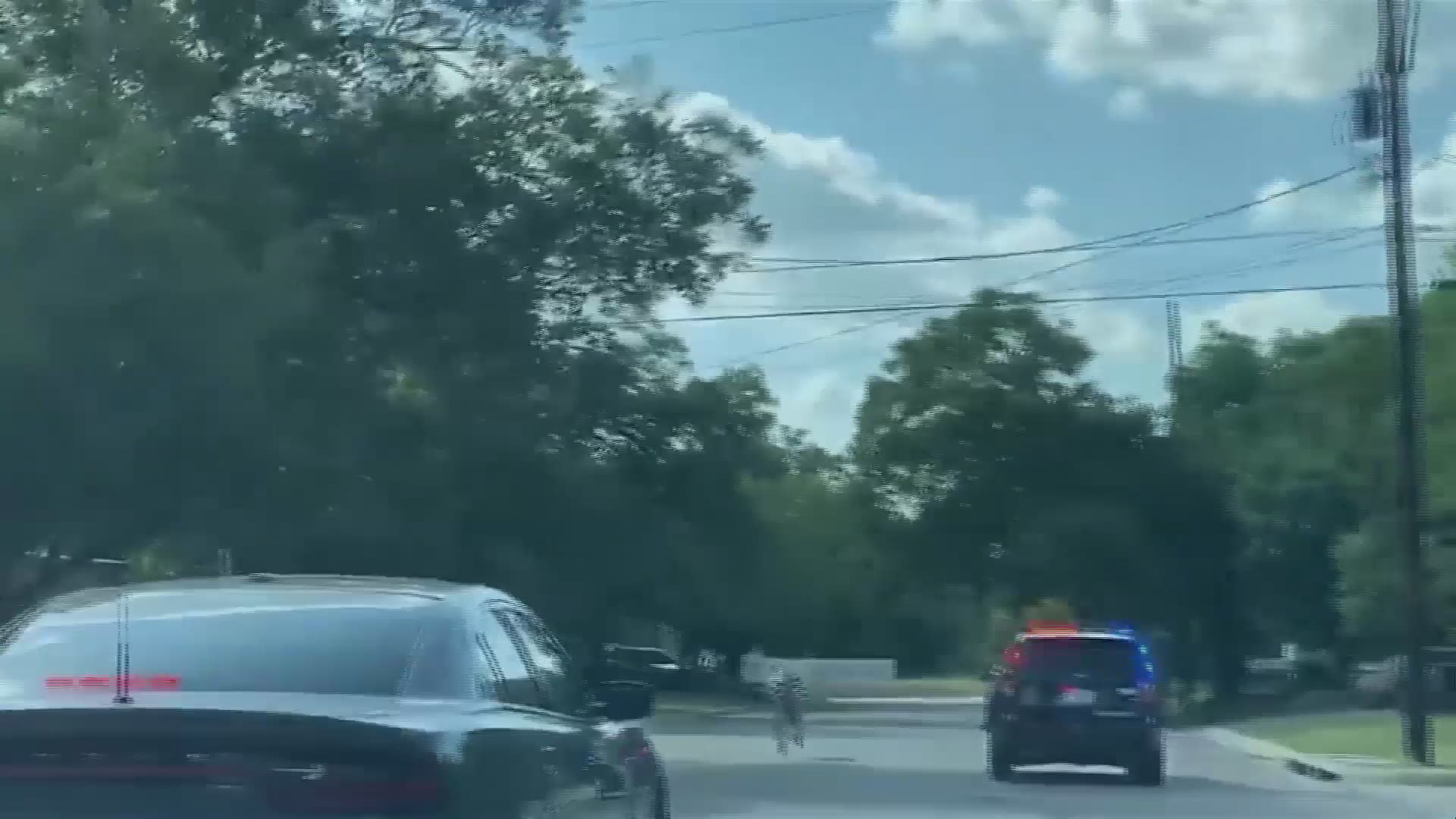 NEW BRAUNFELS, Texas — Wednesday evening, the New Braunfels Police Department said they were assisting Animal Control in corralling a zebra that got loose sometime in the afternoon after swimming across the Guadalupe River.

That zebra was eventually safely tranquilized and carefully recovered by a helicopter, but later died.

Around the time that zebra was recovered, it was revealed a second zebra had also escaped. That zebra stayed missing until Thursday when the City of New Braunfels said the owners were able to get it back home, where it later died.

"In the hours since the incident was resolved, NBPD was saddened to hear that the zebra had died sometime after it was returned to its owners," the City said.

In their search for the first zebra, NBPD was being assisted by a helicopter team that specializes in safely trapping animals. The City said that zebra was sedated and airlifted to a trailer and was returned to its owners. Hours after the incident was resolved, the zebra died.

According to the City, the zebras had just been sold to a property owner off of Highway 46 South on Tuesday.

RELATED: Second kangaroo escapes and gets recaptured in Central Texas

KVUE spoke to Dr. Robbie Calabrese, the medical director at the Fire House Animal Health Center in Austin near Dripping Springs, about the incident.

While he doesn't work with zebras, he knows that they're difficult to work with.

He said a possible cause of death for the zebras could have been the combination of the heat and stress on the animals, in addition to reportedly just arriving to their owners. In the case of the zebra that was sedated, that also could have played a factor.

“Then you put 'em into a new environment and that’s a really stressful environment so that coupled with – they then broke out of their enclosure and then went on a little bit of a walkabout in 100-plus degree weather – adding to the stress, they were likely getting dehydrated, stress was building," Dr. Calabrese said. “You’re asking a very hot, dehydrated, stressed out animal to then take drugs on board ... there’s no guarantee of death, but it’s not surprising."

Police are unsure if there's any possible criminal offense of any kind in this case.

'I love you for all of time': Woman sends warning when dog dies after swimming in Lady Bird Lake