The 23 scooters were considered a total loss. 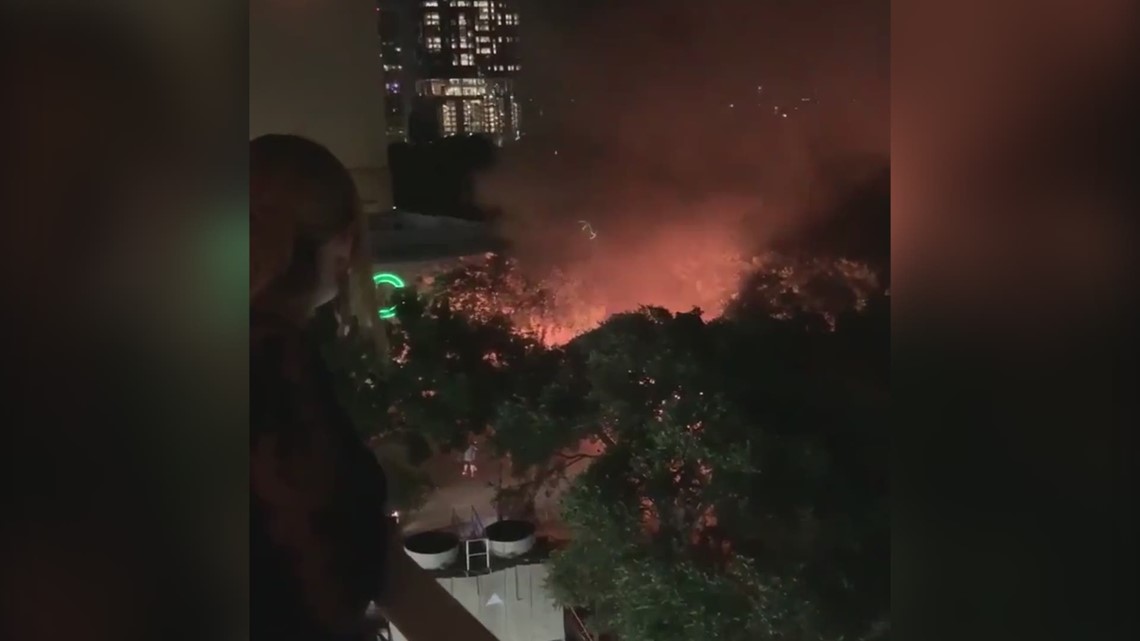 AUSTIN, Texas — A truck full of electric scooters caught fire on Friday night in downtown Austin, with witnesses saying they had to be ushered inside due to toxic air.

The incident happened at around 11:45 p.m., on Brazos Street near Cesar Chavez.

The Austin Fire Department said a Chevy Silverado flatbed was loaded with 23 scooters, which were plugged into two electrical generators.

An electrical failure with the generators caused the fire, according to AFD.

Officials say at least one person was out of the truck collecting scooters when the fire started. An individual still in the truck noticed the fire, hopped out and called 911.

RELATED: Woman sues Lime after 'out of control' scooter causes her to go face first into iron fence in Austin

The flatbed of the truck and 23 scooters and generators were considered a total loss. There were no injuries.

How to help those affected by the Virginia Beach shooting

Georgetown and Blanco are headed to state!