Tired of being bullied, 9-year-old starts a business to spread kindness

Trae Pocza owns a small business designing and selling t-shirts out of his McKinney home. 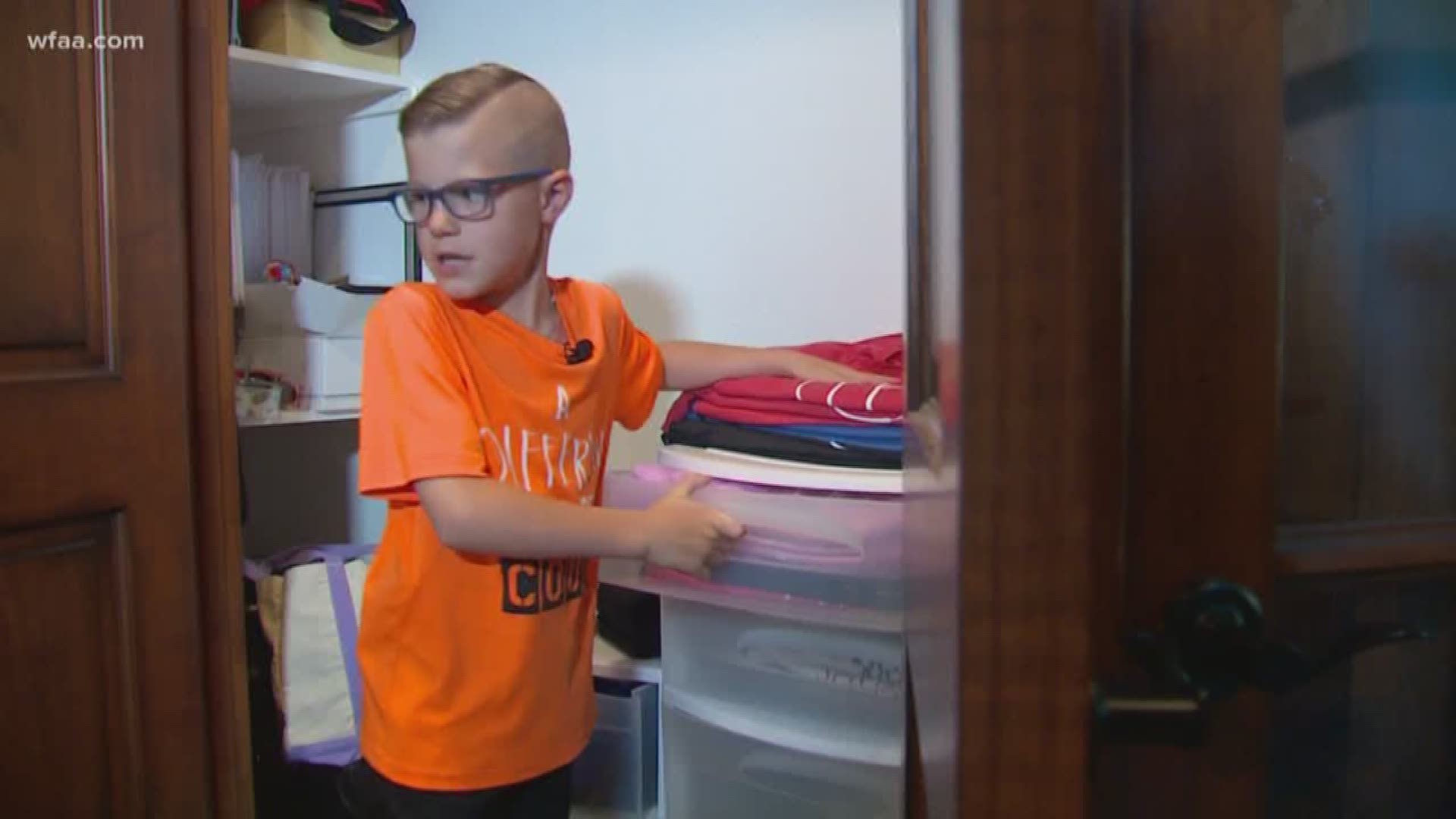 As he opened a closet and sifted through some of his stock, he realized he needed his support system. “Mommy, can you come help me?” he called out – a cry that is perfectly acceptable for a 9-year-old entrepreneur.

Trae’s business is called Special Kids Tees, because Trae is a special kid. “I know most special kids get bullied a lot, and I just decided to stop that,” he said.

According to his mom, Melissa, Trae has five learning disorders and two neurological disorders. During the school year, his classmates could sometimes be cruel. “What’s hardest as a mom is when your son comes home every day in tears,” Melissa said. “That last straw was pulled when he came home to me and he was crying because a child told him at the lunchroom table, ‘Why are you talking, I can’t understand you anyway?’”

Trae told his parents he wanted to do something to prove to the bullies that being different is cool. His mother and father are both entrepreneurs, and Trae wanted to follow in their footsteps. He started designing t-shirts with uplifting messages like, “Normal is Boring,” “Back off Bullies,” and “A Different Kind of Cool.” Each design features his own handwriting.

“There’s a couple people who said you won’t have your own business one day, and I just believed in myself,” he said. “Just don’t make fun of other people and believe in yourself.” Reading the design on one of them, Trae smiled. “I’m smarter than you think,” he read, and added, “it’s true.”

Melissa said she believes Trae and his classmates have matured. “That one kid who used to make his life miserable on a daily basis is now one of his best friends,” she said. “And that’s how people change and people grow.”