The decision by a Fort Worth hospital to stop giving life-sustaining treatment to an 11-month-old baby has many questioning Texas law. 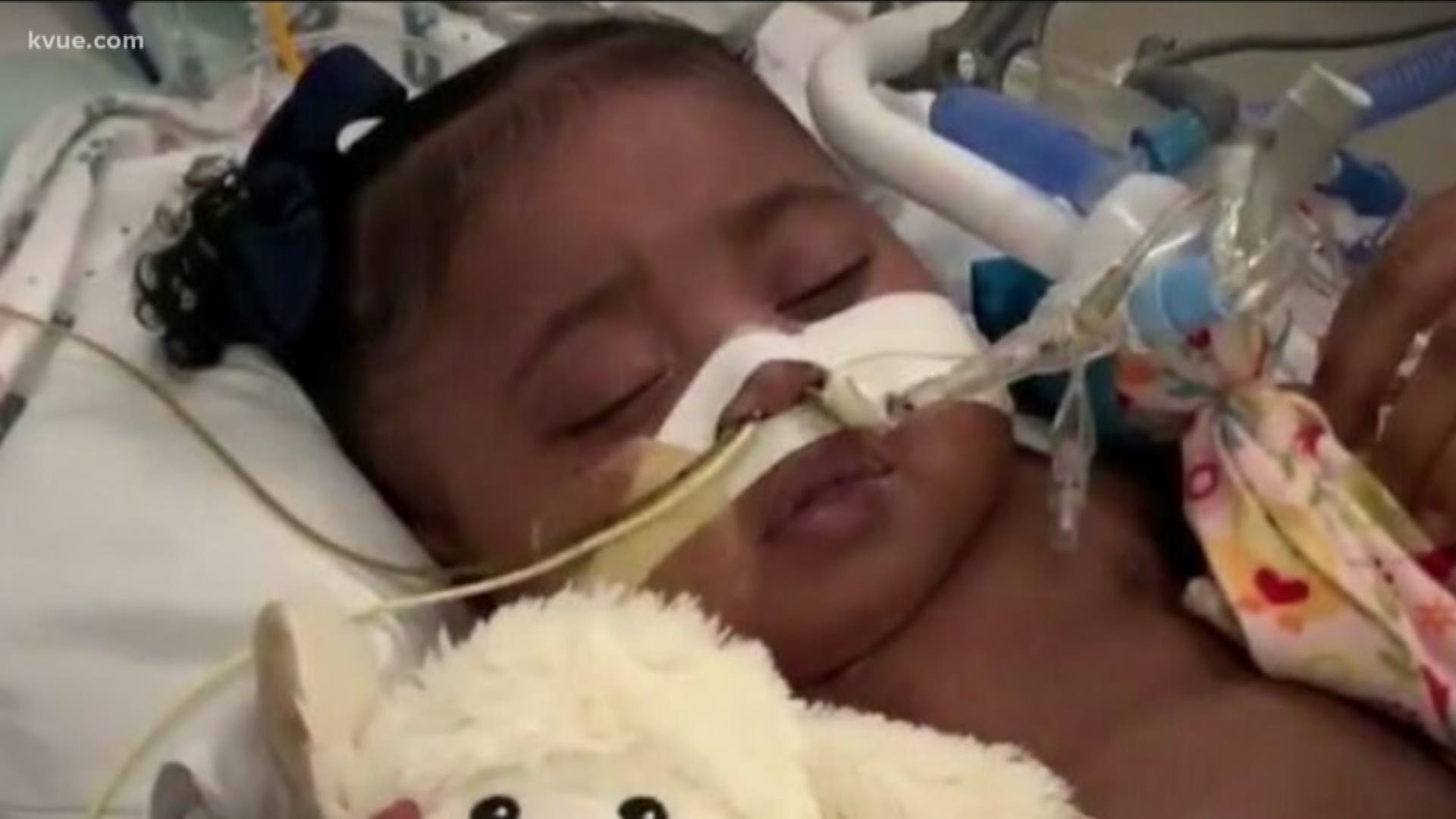 AUSTIN, Texas — The case of 11-month-old Tinslee Lewis is once again shining a national spotlight on Texas's 10-day rule.

Gov. Greg Abbott and Attorney General Ken Paxton, whose job is to defend Texas law, have come out against it. In an email, Paxton even called the law "unconstitutional" and "barbaric."

So what exactly is this rule?

RELATED: Fort Worth baby Tinslee given 7 days to live after judge denies injunction

It's part of the Texas Advance Directive Act that was passed by the Legislature and signed into law back in 1999. A portion of that law states:

In other words – when doctors and patients reach an impasse and the hospital gets its board's approval to invoke the rule, patients or their families have 10 days to find a facility that will accept them. If they can't, the hospital can stop giving life-sustaining treatment on day 11.

The law is pretty rare. The only other states with something similar are California and Virginia. The other 47 states don't put time limits on transfers.

The law has been controversial in Texas. Baby Tinslee's case isn't the first to get national attention. The law also came into question in 2018 in the case of a 9-year-old girl diagnosed with cancer, who was also being treated at Cook Children's Medical Center in Fort Worth.

'Give her a chance': North Texas family fights to keep 9-year-old on life support

The group Texas Right To Life, which once supported the law, is now fighting it.

"If we give families more time, those patients can be transferred to a hospital that does want to provide the treatment, that's willing to continue doing that," said Rebecca Parma, legislative and political associate with Texas Right to Life. "And ultimately, we shouldn't be denying patients their right to life. They should be able to die on the natural timetable, not be expedited because the hospital chooses to withdraw their treatment."

Parma said patient families call Texas Right to Life often because the rule is being used against them. She added the State doesn't track how many times the rule is used.

In the 20 years since the Texas Advance Directive Act passed, lawmakers have narrowed its scope. Opponents say they will keep working to change the law.

In a joint news release, Abbott and Paxton wrote, "The Attorney General's office will be supporting an appeal of this case to the Second Court of Appeals. The State of Texas is fully prepared to continue its support of Ms. Lewis in the Supreme Court if necessary."

Escaped SC inmate captured after 40 years on the run